In 1973, the United States Supreme Court created a federal right to abortion by finding that abortion falls into an unstated Constitutional dimension called “the right to privacy.”  (Note:  British and American common law has always recognized a right to privacy, but the Constitution makes no mention of it.)  Thus, in Roe v. Wade, the Court explained the constitutional protections for abortion as follows:

The Constitution does not explicitly mention any right of privacy. In a line of decisions, however, going back perhaps as far as Union Pacific R. Co. v. Botsford, 141 U.S. 250, 251 (1891), the Court has recognized that a right of personal privacy, or a guarantee of certain areas or zones of privacy, does exist under the Constitution.

This right of privacy, whether it be founded in the Fourteenth Amendment’s concept of personal liberty and restrictions upon state action, as we feel it is, or, as the District Court determined, in the Ninth Amendment’s reservation of rights to the people, is broad enough to encompass a woman’s decision whether or not to terminate her pregnancy. 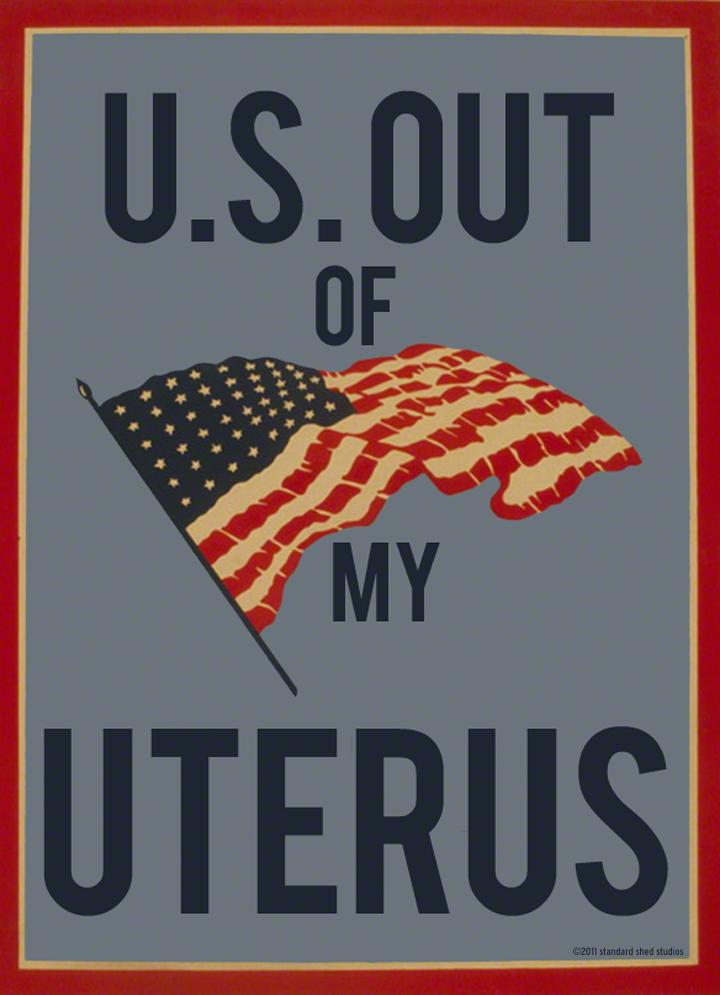 With the Court’s pronouncement about the huge reach of the Constitution’s unexpressed “right to privacy,” Democrats, Liberals, Communists, and Progressives pronounced themselves satisfied.  The 10th Amendment, which once upon a time reserved to the states those rights not expressly delegated to the federal government, was meaningless.  If the Left thinks it should be in the Constitution, then — voila! — it is in the Constitution. Since 1973, therefore, Americans have believed that a person’s right to privacy is all-encompassing, and prohibits the government, as well as arms of the government, such as state founded or funded universities, from poking their governmental nose into anything that pertains to our own bodies.

With the exception of abortion, which is the most challenging issue because there are competing right’s (the woman’s and the fetus’s), most libertarians would agree with a common law (and therefore worthy of full respect) right to privacy, even if they would argue, as I do, that it’s tremendously damaging to the American body politic to pretend such a right is constitutional.  If we want a constitutional right to privacy, the Constitution spells out the procedure:  amendment, not judicial fiat.

Once they established this new constitutional principle, however, Progressives realized that they should have been a bit more careful in institutionalizing privacy as a core constitutional doctrine.  As they’ve discovered, the best way for a state to control individuals is through controlling their sexuality.  By asserting increasing state dominance over people’s sex lives (which is different a society enforcing traditional moral codes), the state can break familial bonds, destroy an individual’s sense of his inviolable self, interfere with core religious doctrine, and hand out sexual treats at opiates for the masses, all of which consolidate state power over individuals.

The problem for the Progressives arises if individuals are old-fashioned enough to believe that their sexuality is nobody’s business but their own. And no, traditional marriage is not necessarily proof that people are screaming their heterosexuality out loud. Having grown up in San Francisco, I’ve known of many marriages that involved agreed-upon sexual arrangements that had very little to do with traditional heteronormative behavior, and everything to do with people wanting to live their lives their way, free from prying eyes.

Progressive’s frustration with old-fashioned notions of personal privacy — the same notion that they promoted and cheered in Roe v. Wade — came to a head in 2008 at the University of Delaware.  In academia’s never-ending push to turn people into malleable little clumps of victim-hood, and class-, race-, or sexuality-based identity groups, the University of Delaware realized that it would need to force recalcitrant students to state whether they’re LGBT, GLBT, STR8T, BI, AC/DC, or LMNOP (oh, sorry, got lost in my alphabet soup there):

A female freshman arrives for her mandatory one-on-one session in her male RA’s dorm room. It is 8:00 p.m. Classes have been in session for about a week. The resident assistant hands her a questionnaire. He tells her it is “a little questionnaire to help [you] and all the other residents relate to the curriculum.” He adds that they will “go through every question together and discuss them.” He later reports that she “looked a little uncomfortable.”

“When did you discover your sexual identity?” the questionnaire asks.

“That is none of your damn business,” she writes.

“When was a time you felt oppressed?”

“I am oppressed every day [because of my] feelings for the opera. Regularly [people] throw stones at me and jeer me with cruel names…. Unbearable adversity. But I will overcome, hear me, you rock loving majority.”[1]

She is not playing along like the other students, and the RA confronts her using his “confrontation training,” but it isn’t working. He becomes so appalled by her resistance that he writes up an incident report and reports her to his superiors. After all, this is the University of Delaware, and the school has a zero-tolerance policy for anything remotely resembling “hate speech.”

This one-on-one session was not meant to be a punishment, some kind of mandatory sensitivity training for a recalcitrant student who had committed an infraction. It was mandatory training for all 7,000-odd students in the University of Delaware dorms. The sessions were part of a thorough thought-reform curriculum, designed by the school’s Office of Residence Life, to psychologically “treat” and correct the allegedly incorrect thoughts, attitudes, values, beliefs, and habits of the students. The ResLife staff considered students too intolerant of one another, too “consumerist,” and in dire need of reeducation to become responsible world citizens who could meet the planet’s environmental crisis and the requirements of social and economic “justice.”

(FIRE successfully mounted a campaign to force the University of Delaware to abandon this forcible effort to extract personal information from vulnerable freshman, but I use it as an example here, because it so perfectly encapsulates the Leftist attitude towards privacy and sexuality.)

Aside from having a girl-crush (but not an LGBT girl-crush, just an intellectual one) on the young woman who spoke of being opera-oppressed, I’m shocked, disgusted, appalled, etc. — the usual range of emotion a liberty-loving person experiences when an institution takes vast sums of money to control a young person’s life and future and then uses its coercive power to extort deeply private information from that same vulnerable student. 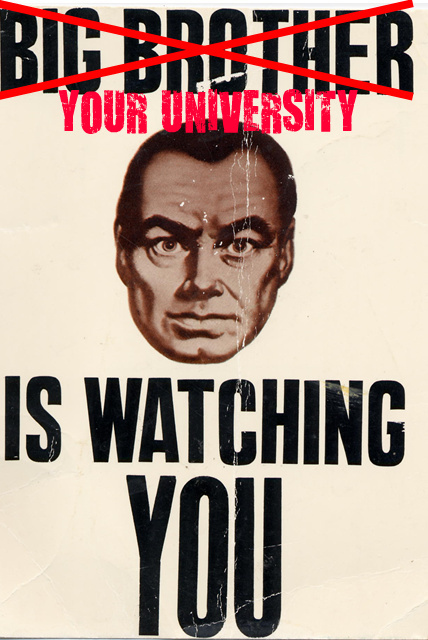 What makes this Progressive attitude even more distasteful is the fact that Universities claim to be all about privacy — at least when that privacy means isolating students from their own parents, despite a reasonable presumption that these same parents, unlike the vast, impersonal institutions, truly have their children’s best interests at heart:

College and University students have a right to privacy. In the United States, it’s called FERPA: the Family Educational Rights and Privacy Act. And there are a lot of rights and protections that you have as a student eighteen or over, and that you must respect as both a parent and a professor.

As a student, your grades, enrollment, assignments, and interactions with professors are all completely confidential. As a professor, I am not allowed, legally, to give out any information whatsoever about a student without that student’s explicit permission.

And, like practically all professors, I don’t. But this message is most important for parents, and for students who are worried about their irate parents.

Put another way:  your parent, who is probably paying for some or all of your education, cannot ask about your grades, but your university, which will have taken a minimum of $100,000 from you over the course of four years, while promising you a diploma with at least some market value, can force you to state your most private personal information.

I was going to end this post by saying the Left can’t have it both ways:  it either recognizes individual privacy or it doesn’t.  Then I slapped myself in the face and said “Don’t be stupid, Bookworm!  In Obama’s Leftist, narcissistic America, the Left can have it any way it likes it, both coming and going, as long as its demands drive the bottom line towards statism.”