All the talk lately is about talking.  Tune in to any conservative outlet, and you’ll see that the politicians and thinkers are scratching their heads, trying to figure out how to get voters to support conservative values.  Conservatives are talking about their lack of a clear narrative.  Conservatives have an ideology, and a good one at that, but ideologies don’t sell.  It’s the stories about those ideologies that sell.  It sometimes seems that conservatives are so hamstrung by the fact that the plural of anecdote isn’t data, that they too often stop making any effort at all to use anecdotal stories to sell their ideas. 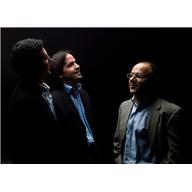 This past weekend, National Review hosted an emergency summit devoted to conservative messaging:

Nearly every speaker advised that [conservatives] “make the case” for conservatism, that their leaders find a better way of communicating the superiority of limited government and traditional social values. The country is prepared to hear it, they said, it’s only a matter of explaining it–an admittedly difficult task when the latest national election proved that more people are interested in a message of government-provided security and spoils.

After attending a part of this summit, James Taranto noted that Democrats went through this same soul-searching after the 2010 election.  The president, they said, needed to send out a better message.  The greatest orator since . . . well, ever, was falling down on the job and failing to communicate.  They did win in 2012, but was it the message, or something else?

Obama won re-election, but would anyone really describe the 2012 Obama campaign as a clinic in exegetical politics? Did Obama lay out a compelling case for his principles? Far from it. In fact, his clearest ideological statement was “You didn’t build that.” His supporters spent weeks insisting he didn’t say that.

What Obama did do successfully was vilify his opponent (“not one of us“) and make narrow, often fear-based appeals to particular interest groups. His campaign also demonstrated a mastery of technology for identifying voters and coaxing them to the polls.

Taranto suggests that conservatives stop agonizing about “messaging” and start focusing on winning.  This is one of those rare occasions where I part ways with Taranto’s conclusion.  I agree with him that Obama won, not because he sold voters on his vision, but because he was able to turn Republicans into heartless, greedy, misogynistic monsters.  The thing is that this vilification was the message — it just wasn’t a positive message about Obama.  Instead, it was a negative message about Romney and the Republicans.  In other words, Dems did a great job messaging.  Conservatives simply missed it, because they were looking for soaring rhetoric, while Progressives were actually serving up trash talk. 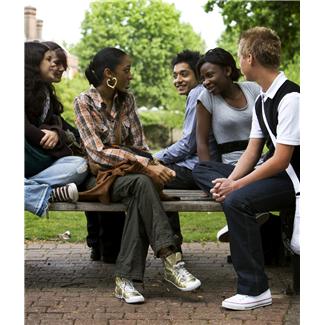 The reason the Democrat’s trash talk message worked so well is because it fell on fertile soil.  The Left knew that it couldn’t sell Obama — his record did not speak for itself — but Leftist strategizers also knew that for decades the Left had created an intellectual atmosphere in which it was easy for people to believe, all evidence to the contrary, that Romney was an evil, soulless man, and that a Republican America would be, as Ted Kennedy so memorably said about Robert Bork,

a land in which women would be forced into back-alley abortions, blacks would sit at segregated lunch counters, rogue police could break down citizens’ doors in midnight raids, schoolchildren could not be taught about evolution, writers and artists could be censored at the whim of the Government, and the doors of the Federal courts would be shut on the fingers of millions of citizens for whom the judiciary is—and is often the only—protector of the individual rights that are the heart of our democracy….

That none of this came to pass during any Republican ascendency is irrelevant.  Kennedy’s message has stuck for two generations, forever tarring Republicans with the “evil” brush. The cultural bias the Democrats have created against conservativism reached its tipping point in November 2012 when a president with a disastrous economic record rather handily got reelected. Relying on decades of indoctrination and sophisticated modern social networking, Democrats spread a message that stuck:  Republicans are evil.  Everything else, whether from the Left or the Right, was just chatter that people ignored. 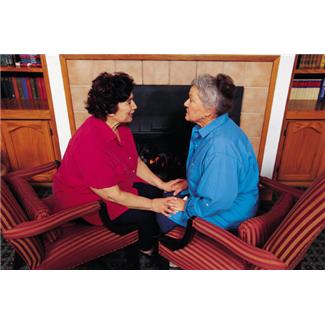 It’s the tipping point that matters.  Malcolm Gladwell wrote The Tipping Point: How Little Things Can Make a Big Difference

back in 2002, long before social networking websites had appeared on the scene. In a way, though, our modern age’s manic social networking makes Gladwell’s points even more relevant than they were ten years ago.

Gladwell’s thesis is a simple one:  Ideas are like viruses.  Most of them float around, affecting a pocket of people here, or a pocket of people there.  Given specific circumstances, though, the virus reaches a tipping point and suddenly explodes out of the pockets, and becomes dominant.

After looking at studies that explain the explosive spread of certain ideas (including product popularity) Gladwell came up with a list of three must-have factors that will cause an idea to go viral.  The first is what he calls “the Law of the Few,” the second is “the Stickiness Factor,” and the third is “the Power of Context.”  The factors are surprisingly uncomplicated.

The Law of the Few says that studies show that there are specific people in society who are information, idea, and style vectors.  Whether they have a vast network of contacts, a reputation for sharing useful wisdom, or the innate gift of salesmanship, these few people exercise a disproportionate effect when it comes to dispersing ideas.  When they talk, other people — lots of other people — listen. 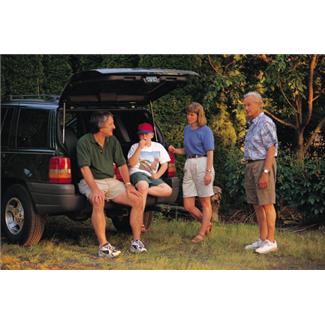 Do we have anybody like that articulating conservative ideas?  I’m not so sure.  Gladwell’s point is that these people spread their ideas because of their ability to connect directly with other people.  All of our conservative talking heads are just that — talking heads on TV or the radio.  Conservatives, perhaps true to their commitment to individualism, do not have networks of people on the ground (i) who are themselves networkers, (ii) who are viewed as reliable information sources, or (iii) who can sell anything to anybody.

In a way, the internet has made things even worse for conservatives.  While it’s increased information dissemination, it’s also increased information ghettoization.  We don’t talk to our neighbors about politics anymore.  Instead, we go to a like-minded blog and enjoy the feeling that we’re not alone.  But by doing so, we delude ourselves into believing that there are more like-minded people out there than a walk in the community and a talk in the park would reveal. Facebook is more of a marketplace of ideas than the blogosphere, and I can tell you that my liberal friends used it aggressively for political networking, while my conservative friends did not — it part, because conservatives didn’t have any “sticky” messages to disseminate.

The Stickiness Factor?  That’s what it sounds like:  it’s a message that doesn’t just amuse or intrigue people for a mere minute.  Instead, it sticks with them and, even more importantly, makes them act.  During the Bush years, the Dems came up with a great one:  No War for Oil.  The fact that this slogan had little relationship to the facts, or that a ginormous number of people stuck it on the back of their gas-guzzling SUVs was irrelevant.  Those four words convinced too many Americans that the Republicans were fighting wars on behalf of Standard Oil. 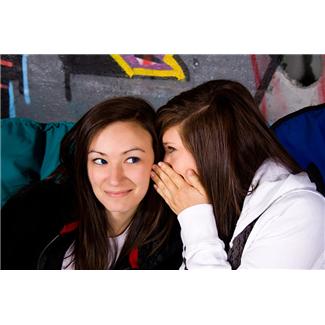 In 2012, the Democrats announced that Republicans were “waging a war on women.” Again, data was irrelevant. It sounded good, especially when Democrats Alinsky-ized Todd Akin and Richard Mourdock.

The Progressive penchant for ignoring facts undoubtedly makes it easier for them to come up with the pithy slogans and posters that sweep through Twitter, Facebook, Google+, and email chains before ending up on tens of thousands of bumper stickers that subliminally drill into every driver’s head. People could laugh when reading “Somewhere in Texas, a village is missing its idiot,” never mind that George Bush was a highly educated, accomplished man with an academic record better than or equal to his opponents’.

Conservatives used to have pithy sayings (“Live free or die,” “I regret that I have but one life to give for my country,” “That government is best that governs least”), but we don’t seem to have come up with any clever ones lately.  As you may recall, during John McCain’s failed candidacy, his slogan — “Country First” — managed to leave supporters cold, while allowing opponents to mumble about racism.  I doubt that we’ll ever get another “I like Ike,” but we can certainly do better than Romney’s “Believe in America,” which sounds more like the beginning of a fairy tale than it does a rousing call to the ballot box.

And finally, there’s the Power of Context, which at its simplest level means that a message has to capture the zeitgeist.  People have to be primed and ready to receive the message.  In 2012, Americans, fed on decades of anti-capitalist education and entertainment, were more than ready to believe that Romney was a dog-abusing, woman-hating, religious nut who wanted to enslave poor people and blacks.  Thirty years ago, people would have laughed at this message.  Last year, there were too many people who thought it made a good deal of sense. 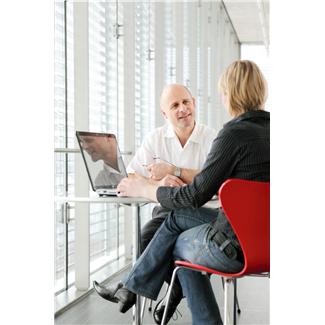 Democrats are masters of leveraging context or, as Rahm Emanuel said, “never letting a crises go to waste.”  Just as the Pentagon has shelves full of war scenarios that they’re ready to break out should one geographic region or another blow up, it’s quite obvious that the Progressives also have shelves full of battle plans.  Economic crisis?  Let’s nationalize!  Crazy person goes on a murderous rampage with a gun?  Let’s jettison the Second Amendment.  Woman in Mississippi isn’t near an abortion clinic, so she decides to give herself a do-it-yourself abortion?  Malign pro-Lifers as murderers.  Islamic terrorism against Americans?  Blame Americans or video-makers.  There’s a playbook.

On the other side of the aisle, have you ever seen conservatives do anything but be caught flat-footed when a crisis arises?  Conservatives instantly go into ad hoc mode.  There’s a virtue to having sufficient flexibility to deal with an actual, as opposed to theoretical situation, but the person without a plan always looks unprepared and, therefore, helpless.

It’s not enough for conservatives to talk about talking, or to send each other messages about messaging.  If they want to be the zeitgeist’s master not its slave:

We have a good message — we just have to sell it.

And in that vein, here’s an idea from Mike Devx, one that would work marvelously well on Facebook. It would appeal to people on both sides of the aisle, and it would give a campaign advantage to Republicans if they would loudly embrace it:

I’ve wondered at times why laws aren’t required to have a “sunset provision,” meaning every law would expire at a certain time after passage. The law would have to be re-passed by whatever legislature passed it in the first place, or else it goes on the dustbin of history. Perhaps the default should be twenty years to the date after passage. But you could specify a non-default expiration that would be allowed to be LESS (not more than the default).

Same thing perhaps for regulations. It might keep the tsunami of laws and regulations under control. And the bad ones or the controversial ones would be guaranteed to be re-fought. Or the laws whose time may have come and gone — such as affirmative action to redress a wrong — would get re-fought and resisted because we have done enough.

UPDATE: If you like the idea of a Sunset Amendment, I’ve developed it at greater length here.