As was to be expected (and all of you predicted), the media is rushing to indict . . . America for having failed to give two Chechen immigrant brothers the love they needed.  Because of this, Tamerlan Tsarnaev, 26 years old, and Dzhokhar Tsarnaev, 19 old, became disaffected losers longing to kill.  Or, as their uncle, Ruslan Tsarni of Maryland, told reporters: “This has nothing to do with Chechnya.” Instead the Bomb Brothers were “losers — not being able to settle themselves [in America] and thereby just hating everyone who did.”

There’s your narrative:  this was just like Columbine all over again.  Islam was merely a religious bagatelle attached to two young men who would have been ticking time bombs regardless.  And most importantly as far as the Left is concerned, there’s no indication that these boys acted under al Qaeda’s guidance.  They were truly Americanized in that they were self-starters, arriving at terrorism due to their own disaffection and diligence.

To which I say, who cares about al Qaeda?  al Qaeda does not have to be involved in every attack before the bombing can be labeled as bona fide Islamic terrorism.  al Qaeda is just one head of the hydra.  It’s not the beast itself.

The problem is Islam — by which I don’t mean the garden-variety faith that millions of people practice as a party of their ordinary, non-hate-filled lives.  That’s a housebroken version of Islam, and I highly approve of it.

No, the problem is the very core of Islam — its Jihad element — which is a magnet for disaffected people.  The chicken and egg debate (i.e., which came first, Islam or disaffection?) is irrelevant.  The only thing relevant is that Islam comes last, right before the bomb explodes.  Whether Islam breeds terrorists or just provides an attractive justification for malevolent people doesn’t matter.  There it is, sitting like a big ticking egg, just waiting to go BOOM! 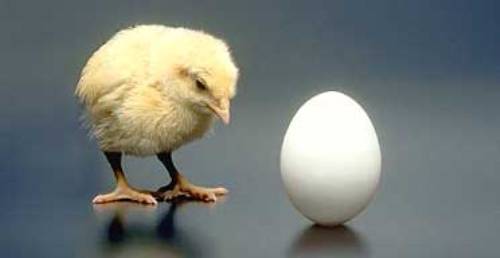 I’ve quoted my cousin, the former prison minister (Christian), dozens of times here, but I think it’s important to say again what he once wrote in an email to me:

The core of Islam, which is built around Mohammad’s demands that his followers go forth and kill, both creates and attracts killers.  Until we address and de-fang Islam, there will always be “disaffected,” “lone wolves,” who just “coincidentally” have as their last words “Allahu Akhbar.”