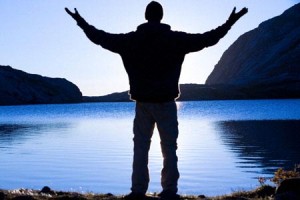 I’ve noticed a trend on my “real me” Facebook page.  More and more of my liberal friends (and that means almost all of my real world, as opposed to cyber world, friends) are regularly linking to Upworthy and the Good Men Project.  Conservatives should heed the rise of these two sites they market themselves to knee-jerk liberals who cast votes as a way of saving their (non-religious) souls.

For a website devoted to victim-hood, I find it interesting that I can’t find any videos at Upworthy in which people strike self-righteous blows against antisemitism, which is rearing its hydra-head in virulent form around the world.  A quick search reveals that neither the word “antisemitism” nor the word “anti-semitism” has ever appeared at Upworthy.  There also don’t seem to be any videos exposing the deadly anti-Christian ideology that’s rapidly stripping the Middle East and parts of Africa of their Christian citizens.  Instead, I found only videos attacking Christians for being homophobic (such as this one).  Also lacking are videos striking self-righteous blows against the misogyny and homophobia in the Middle East and Africa, that deprives women and gays of any rights whatsoever, and that routinely sees them hanged or stoned for imaginary crimes of adultery or for real or imagined acts of sodomy.

It’s entirely possible that Upworthy’s contributors support Jews, Christians, women, and gays at the mercy of Islamists, and are simply too scared to say anything, just as the Monty Python guys are now too scared to touch Islam.  Or it could be — which I think is the truth — that they don’t give a flying whatsit for these truly persecuted (i.e., real victim) groups.

It’s telling that, if you search “Islam” at Upworthy, you only get dozens of variations on “Islam is a religion of peace — honest.”  The Upworthy people apparently weren’t paying attention to 9/11, the Fort Hood shooting, the Madrid train bombing, the London subway and bus bombings, the Mumbai massacre, the Bali disco bombing, the London soldier beheading, the attempted Times Square Bombing, the Boston Marathon massacre, the Kenya mall massacre, and all of the other mass murders with perpetrators who made explicit the fact that they were acting in Islam’s name.  Alternatively, the Upworthy crew defines “peace” this way:  “If I appease them, they’ll leave me alone, which is very peaceful.”  Thinking about it, Upworthy’s contributors probably aren’t that familiar with Churchill either (“An appeaser is one who feeds a crocodile, hoping it will eat him last.”)

As for the Good Men Project, I’ll let Kevin Williamson describe it, as well as describing one of its latest offerings, which is a gender-neutral dating guide:

“It’s not possible to have a completely gender neutral date,” writes therapist Andrew Smiler in a head-clutchingly asinine essay for the Good Men Project, a repository of painfully navel-gazing male-feminist apologetics that describes itself as “not so much a magazine as a social movement.” While acknowledging the impossibility of his daunting task, Mr. Smiler goes on to offer a great many helpful tips in his “Guy’s Guide to the Gender-Minimized First Date.” But not before making a full and frank apology in advance: “I’m trying to write this guide to apply across all genders, masculine, feminine, trans*, etc. If I’ve missed or something is very wrong, I have faith someone will let me know in the comments. I’m also writing based on my own American background and referring primarily to gender roles as they currently exist in the U.S. Depending on where you’re from, you may have grown up with this approach or you may find it completely foreign.” An asterisk on that asterisk: “Trans*” I am reliably informed, is the new, more inclusive way of referring in writing to the phenomenon of transsexualism, or as the ever-helpful FAQ at “Ask a Trans Woman” explains: “Trans, sans asterisk, has a tendency to mean gender-binary folk (trans men and trans women, often by the DSM-IV, GID definition of the words.) Trans* is more inclusive.” It is getting difficult to keep up.

Mr. Smiler’s advice, almost all of which is catastrophically bad, consists in the main of pre-cooking evasive strategies for such potentially fraught issues as deciding who pays for dinner or whether to split the check in the name of sexual egalitarianism. His guidance: The party proffering the invitation pays for the party accepting it. This is the sole area in which Mr. Smiler, otherwise a celebrant of sexual fluidity, concedes that expectations may be fixed by circumstance. “You can maintain one roll [sic] . . . or you can switch around,” except when the bill comes, which is to say you can pass the rolls but not the check. Not my own style, though fair enough. (But who says you get to make the rules, Mr. Man?)

You can read the rest of Williamson’s exposé here, but I’d definitely recommend having an emesis basin at your side while you read.

If you like your men gender-neutral, and that’s how you want to raise your own sons, Good Men Project is definitely the site for you. Me?  I like my men a little more . . . you know, manly, so the site doesn’t just leave me cold, it leaves me with a creepy, crawly, itchy feeling on my skin.

What both these sites offer are huge, gushy, pillowy mountains of soul-saving emotion.  Their implicit promise is that if you are a gender-neutral, non-heteronormative person who is in touch with your feelings; if you provide unswerving, unquestioning support for blacks, lesbians, gays, bisexuals, transsexuals, other sexuals, hefty people, tattooed people, prostitutes, beaten wives, and all of the other officially sanctioned victim classes; and, most importantly, if you revile Republicans and vote Democrat . . . you will be saved.  Hallelujah!!

It’s easy to laugh at Upworthy and the Good Men Project, since they seem more like parodies than anything else.  I can easily imagine Greg Gutfeld and crew laughingly brainstorming “dumb websites for Leftists” and coming up with imaginary sites that are indistinguishable from these two sites.

The reality is, though, that not only aren’t these websites parodies, there’s nothing funny about them.  They’re emotional soul-saving candy for people who have abandoned traditional faiths but still worry about their eternal salvation.  To them, a vote isn’t about what’s best for the country, as a whole; it’s about what’s most likely to make them feel virtuous.  In the absence of a traditional God, spiritual redemption can be found in feel-good Progressivism.

It’s these salvation-seekers who, when asked say that they’re liberals.  Right now, they’re at 23% of the population, which seems like an insignificant number.  It’s not.  For those seeking a return to constitutional government, individual freedom, and a sturdy sense of self-reliance, that 23% is scary because it’s really “23% and counting.”  Part of why this number is rising, even as Obama’s poll numbers and policies are falling, is that sites such as Upworthy and Good Men Project promise eternal salvation in a non-religious world.  If you side with the Progressive’s carefully identified victim-classes, your non-religious soul will be saved from eternal Republican damnation.

All of which gets me back to a point I made a long time ago:  To win this fight, conservatives too must offer the American people a vision that allows them to save their souls.  There’s actually nothing new about this.  In a country that hasn’t stood still since the first European set foot on its shores, Americans, feeling adrift, have always sought salvation, whether it was 18th and 19th century religious revivals, Aimee Semple McPherson hucksterism, or (as is the case now) redemption through voting Democrat. Conservatives have allowed a status quo to exist in which Democrats point to conservatives as the devil incarnate (which is ironic given that are more likely than Progressives to espouse traditional religious views), while promising a baptism and rebirth at the altar of government.

I’ve mentioned before that conservatives with money and style should create a series of widely promoted commercials showing someone doing something wonderful — helping the poor, being an awesome athlete, growing a business out of a home that employs hundreds of people, being an artist, etc. — and all ending with the tag line “and I’m a conservative.”  These people should be Christians, Jews, Buddhists, Muslims, White, Black, Asian, Hispanic, Male, Female, Gay, Straight, Young, and Old (and anything else I’ve forgotten).  What’s important is that conservatives must deprive Progressives of their self-anointed status as the group that determines who in America is saved and who is damned.

We keep trying to give intellectual food to people who want only emotional and spiritual reassurance.  It’s fine for us to say that ours are the better ideas, but ideas, no matter how good, are useless if one continuously loses at the ballot box, in the court houses, and, worst of all, in the court of public opinion.  Our first and biggest job is to show that conservatives are nice and that, if you’re looking to save your soul, conservativism is at least as good as, and quite possibly much better than, the Progressivism so relentlessly foisted on them.  Everything else flows from that.