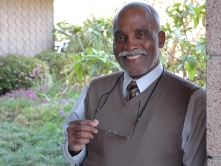 To do Young justice, he did say that the Founders, despite being slaveholders, had the right idea with Free Speech.  It’s just that he really doesn’t think that people who disagree with his world view should exercise it.  It’s so . . . rude of them!

After reading the claptrap and tripe emanating from Mr. Young’s computer, I sat down and, in a fine frenzy, wrote him the type of letter that he’d never read and that I, after read it, realized that I would never send.  It’s a very brutal letter, and I’ve learned the hard way that the brutal letter is the first draft that never actually goes out. I still want to say what I have to say, though, and that’s why we have blogs.  So — here is the letter that I would have sent Mr. Young if I were a less polite person than I am in real life:

I don’t usually pay attention to what goes on in America’s campuses, having been fortunate enough to have walked off the last one almost 30 years ago. However, your recent email to UCSB students regarding Mireille Miller-Young’s decision to physically attack a teenage girl with whom she disagreed is so extraordinary that I believe you deserve to hear from one of the people who pays your salary (i.e., a California resident).

Did you know that Margaret Sanger, Planned Parenthood’s founder, was a eugenicist who promoted abortion primarily as a way of ridding America of blacks and other “undesirables”?

Knowing all this, are you sure you want to attack as divisive those people who are shocked that the most dangerous place in America for a black child is the womb?

One of the things that consistently amazes me about black Americans is that they embrace policies that have been manifestly disastrous for them. Welfare, by making black men unnecessary, destroyed the black family structure. Being a university type, you probably know that study after study shows that the surest way out of poverty is a traditional family. I wouldn’t be surprised, though, if it turns out that you would rather be run over by a truck than turn your back on the welfare state, despite the appalling damage it has wrought.

Frederick Douglas accurately predicted what the Great Society would do to black society:

“What shall we do with the Negro?” I have had but one answer from the beginning. Do nothing with us! Your doing with us has already played the mischief with us. Do nothing with us! If the apples will not remain on the tree of their own strength, if they are worm eaten at the core, if they are early ripe and disposed to fall, let them fall! I am not for tying or fastening them on the tree in any way, except by nature’s plan, and if they will not stay there, let them fall. And if the Negro cannot stand on his own legs, let him fall also. All I ask is, give him a chance to stand on his own legs! Let him alone!

And so it goes. You’re not the only group in America that has sold its soul to a political ideology that is profoundly damaging to its best interests. As a Jew, I’m equally appalled by the way in which American Jews consistently embrace political parties and politicians that are hostile to Jews — and spend hundreds of thousands of dollars per family at campuses rife with blatant antisemitism. The Democrat party is kind of like the mafia: once you’re in, you don’t leave, even when it becomes deadly to you and yours.

All of which gets me to your utterly appalling attack on pro-Life people. First of all, you should be agreeing with those pro-Life people, since the Democrats who so rabidly support abortion are the same Democrats presiding over the slow extinction of the black race in America. Second of all, as a high level functionary in a university, you should be embracing people who challenge the stifling orthodoxy of American academia. It’s this groupthink that has rendered you and Miller-Young incapable of using anything other than violence and invective to challenge ideas with which you disagree. My strong suspicion is that you’re deeply afraid that, if you had to confront these disagreeable ideas on their merits, you might have to rethink your own values.

To coddle students because they feel “outrage, pain, embarrassment,” etc., is a gross failing on your part. The world is a cruel place. (Indeed, I’m being intellectually cruel to you now by calling you on your ignorance, prejudice, and fear.) To take tens of thousands of dollars per student from parents and taxpayers in order to produce scared little bunny rabbits who are afraid to think, confront, challenge, and analyze is a form of fraud. You promise to educate and develop the young mind, even as you’re actively complicit in turning those same youngsters into bland piles of Leftist mush, swinging wildly between anger and hurt, with no pause in between for rigorous thought.

The most narrow-minded, stultifying place in America today is a university (or perhaps they would be better called monoversities, since the orthodoxy of group think permeates every department). Both you and the students under your care deserve more than the pabulum all of you are currently imbibing at UCSB.