As for the being thankful about the news in Obama’s America . . . well, not so much:

I cannot tell you how much I dread the thought of a possible Elizabeth Warren presidency. I’ve disliked and disrespected that woman for almost thirty years now. Nothing I’ve learned about her in the intervening years has changed my opinion. If you think Obama is bad, Warren will be just as bad in her own way.

Of course, I dread a Clinton presidency too. In that regard, I’m grateful for a new book that is again raising the charge that Hillary Clinton was fired for “writing fraudulent legal briefs, lying to investigators and confiscating public documents.” The book is written by Jerry Zeifman, a serious Nixon partisan, but he was her boss at the time, so it will be interesting to see his support for this charge and Hillary’s opposition, if any.

This Commentary Magazine article about the Leftist fight against moderate Muslims may be behind a pay wall for you, but if you can do so, please read it. This might whet your appetite:

After years of effort to promote the myth of a post 9/11 backlash against American Muslims, the left is breaking some new ground in the debate about terror. Instead of merely trying to make Americans feel guilty about defending themselves against radical Islamists, they have a new goal: banning the use of the term “moderate Muslim.”

That’s the conceit of a piece in The New Republic by Georgetown University’s Nathan Lean in which he argues that to attempt to differentiate between Islamists who seek to pursue a war on the West and those Muslims who wish to live in peace with non-Muslims is itself an act of prejudice. For Lean, any effort to ascertain whether Muslims are supportive of the radical ideologues that have supported not only al-Qaeda but also other Islamist terror movements is wrong because it feeds the “Islamophobia” which he believes is at the core of all Western attitudes towards Muslims. In doing so, he is attempting not only to discourage efforts to combat the radicals but to delegitimize those Muslims who choose to speak up against the Islamists.

I’m familiar with that New Republic article because one of my “real me” Facebook friends posted it. I went ballistic and left a long comment noting that there’s a huge difference between truly moderate Muslims, on the one hand, and, on the other hand, (a) the radicals and (b) the silent majority behind the radicals. If we don’t make that distinction, we run the risk of two things: (a) having the bad guys metastasize even more because we’re afraid to label them or (b) having things come to such a head that, when all distinctions are gone and the bad guys are ascendant, we turn on the good guys too. I completely shut down the burgeoning comment thread. No one had a word left to say after my rant.

If you can, please read Jonathan Tobin’s analysis of the terrible harm this new Leftist tactic will cause in the West’s existential war against radical Islam, a war the West barely won the first time, in the centuries spanning the 7th centuries when Islam burst out of the Arabian peninsula through the medieval Crusades that finally pushed Islam back a little bit, and that it barely won again the second time, in the 17th century when the Ottoman Turks made their way to the outskirts of Vienna. If we can’t even name our enemy this time around, Islam will succeed.

The New York Times has examined its conscience and decided that it is pure; it did indeed report with sufficient weight and depth on the IRS scandal. Scott Johnson, at Power Line, begs to differ and has the facts to undermine the New York Times’ self-serving, highly inaccurate exculpation.

Roger Simon thinks the liberal media is silent about things such as the IRS scandal because individual members of the media cannot bear to admit that everything they believed was wrong. I think Neo-Neocon is closer to the mark when she says that the media is silent about Obama’s cascading failures and scandals because they still agree with his agenda wholeheartedly, and don’t want anything to derail it. Or as she says, “I’m afraid what the Times is doing is ass-covering. They can’t think of a way to spin Obama’s abysmal failures any more (they do have certain standards, although those standards are pretty low), so they are silent.” Yup.

Greg, at Rhymes with Right, explains how far Obama has deviated from the Constitution when it comes to the way in which he exercises his “executive” powers. Greg politely ascribes this to Obama’s failure to understand the Constitution. I wouldn’t be so nice. Obama fully understands the Constitution. He just doesn’t agree with it. Democrats like what he’s doing and are willing to destroy constitutional checks and balances to support his agenda, and Republicans understand precisely what Obama understands: As the nation’s first sort-of black president, he can’t be stopped.

Some political ads are better than others. This one, by Darius Foster, a black conservative, is one of the best. (Hat tip: Hot Air)

Andrew McCarthy excoriates John Boehner for going the weakling’s route in his challenge to Obama’s lawlessness, rather than using the full complement of weapons available to the House under the Constitution.

What I continue to find fascinating about the plan to put a suicide barrier under the Golden Gate Bridge, something that will cost almost $80 million dollars is that it’s being advanced by the same crew of people who agree with Nancy Pelosi that abortion is “sacred ground.” For example, one of the barrier’s proponents is Tom Ammiano, a hard Left, political gay (as opposed to someone whose life is not defined by his sexual predilections) who makes Pelosi look moderate.

Ammiano supports all forms of abortion, including sex selection abortions. He also strongly believes that the public should pay for abortions: “In my 21 years in public office, I have been one of the strongest advocates for public funding of abortion services.”

I don’t get the logic of a man who says that the public must pay $79 million to prevent a statistically small number of suicides by people who desperately want to die, even as he even more zealous demands that the public pay even more money in order to enable the millions of abortions that kill infants who most certainly do not want to die.

Your health care provider is watching you. If you put a bottle of soda, a bag of sugar, a stick of butter or, Heaven forbid, a cigarette pack on your credit card or your grocery store club card, don’t be surprised if you get a warning from your doctor, followed by the denial of care for which you previously paid by buying insurance.

One wishes that the same-sex marriage crowd, which insists that all couples who love each other should get the state’s and the church’s imprimatur of marriage, would get as excited about events in Pakistan.  There a couple who married for love were beheaded by the bride’s outraged family. The fact that you can’t get the state’s stamp of approval for same-sex love in America seems to pale a bit in importance when compared to love and death in the stone age world of Islamic/tribal countries across the Islamic swath of the Middle East.

It’s Ramadan, so the United States Navy is warning troops in Bahrain to hide their day-time eating habits and, men and women both, to cover up when in public. I’m of two minds about this. Normally I would say that there’s nothing wrong with the military behaving politely during a host country’s religious festival. However, when the host country is Muslim, I never get the feeling that these actions are taken because of politeness and mutual respect. I always feel that they have more to do with dhimmitude and fear.

Check out Sultan Knish’s “Friday afternoon roundup” to see a great anti-Hillary video. Also, you simply have to read an entire post that contains gems such as these:

That’s a big part of why Obama is in the White House and conservatives are still struggling to make headway.

Obama isn’t in the White House because Americans woke up Communist one morning. I know that “Free Stuff” is a popular theory, but people always liked free stuff. The larger welfare population helped shift the balance, but if Obama had been a non-viable candidate, there would have been no balance to shift and it would have done him as much good as it did Jesse Jackson or Dukakis.

Obama is in office because much of the country believes that he is a moderate and a centrist.

The left can get away with it because it talks centrist and lives radical. If the right is ever going to do better than another liberal Republican, its candidates are going to have to talk like liberal Republicans while legislating well to the right.

It is doable. Rand Paul has been doing the talking part well enough. Unfortunately he talks the talk so well because he actually is well to the left.

Do you believe IRS Commissioner John Koskinen’s claim that ordinary taxpayers can pull a Lois Lerner and claim that their dog at their hard drive, with all their tax relevant documents on it? No, I don’t either.

You know who Koskinen reminds me of? Lillian Hellman in the context of Mary McCarthy’s famous Hellman put-down: “I once said in an interview that every word she writes is a lie, including ‘and’ and ‘the.'”

Everyone is a’Twitter and a’Facebook about a Verizon ad claiming that it’s parents who are at fault for the fact that there aren’t more girls who are engineers. You see, they yell at their prepubescent daughters for committing acts of science instead of just being pretty. HuffPo did an entire post supporting the ad. The horror statistic is that, while 66% of 4th grade girls say that they like math and science, only 18% go on to become engineering majors.

I think that’s a bunch of garbage. Through the process of raising a boy and a girl, not to mention being surrounded by boys and girls, and having once been a girl myself, I know what happens between 4th grade and high school/college. Science and math transform from simplistic, teacher directed classroom exercises to becoming hardcore, data-rich, formula-driven, highly analytic problems.

During 4th grade, when girls are infinitely better than boys at sitting down and following directions, they shine with simplistic problems. However, as boys finally mature, their brains click into gear and enjoy the higher level work while the majority (not all, but the majority) of girls dislike the mental effort and rote memorization of the STEM subjects and prefer softer subjects that engage the verbal, artistic, and emotional parts of their brain.

Is the above a gross generalization? Yes, up to a point. There’s always a bell curve, with outliers, but the fact is that maturing girls draw away from STEM just as maturing boys are drawn to it — and this isn’t because 21st century girls are told to shut up and be pretty, but because that’s where their developing brains take them. And no, that’s not science talking. That’s living in the real world talking.

Use an obvious, albeit bloodthirsty metaphor opposing the party in power and end up in the mental hospital. Soviet Union? No. Obama’s America. 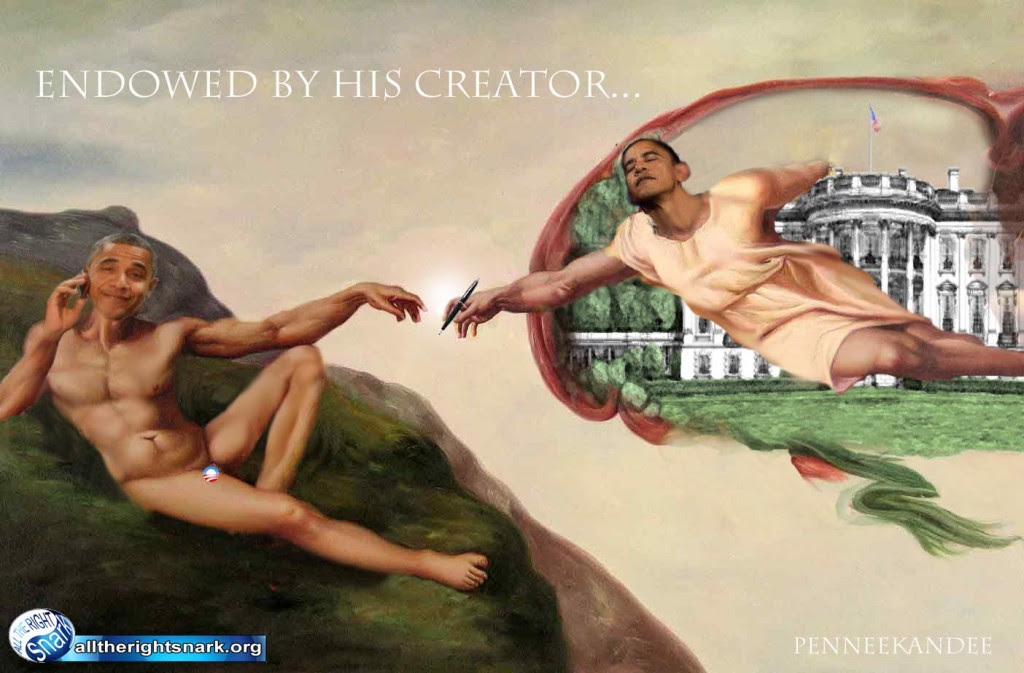 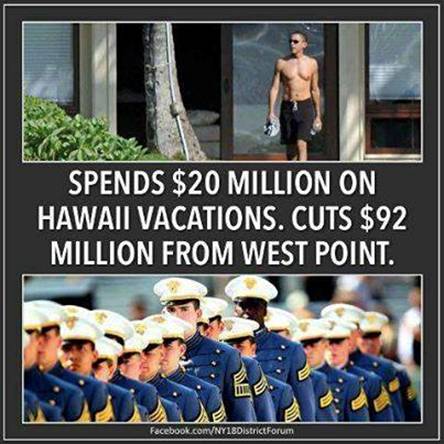 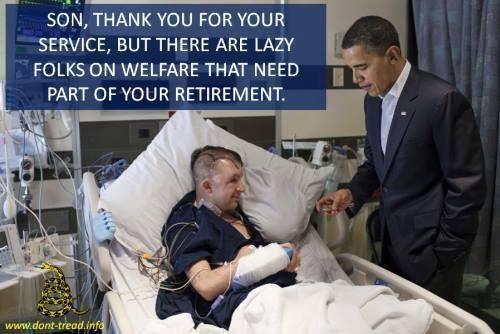 (Thanks to Earl and Sadie for their help assembling this round-up.)