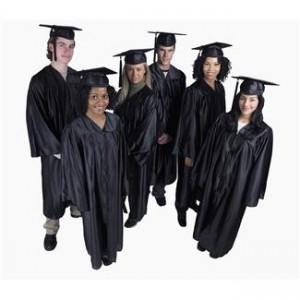 For those of us paying attention, it has been clear for some time that America’s colleges and universities have abandoned their original missions of educating young people and teaching them critical thinking skills. Instead, they have become propaganda mills that indoctrinate America’s youngsters in Marxism and victimotology. It was the false Duke lacrosse rape allegations, though, that brought to most parents some awareness about what was taking place at their children’s very expensive Leftist incubators. The problem with the Duke case, however, was that, while it briefly riveted the nation, it vanished from view as soon as the mainstream media figured out that the usual suspects were, in fact, victims, and that the “victim” was, in fact, a racist liar. It was a fascinating story countering the “higher education” narrative, but it was not a tipping point.

There’ve been other fascinating stories over the years but, before the past few weeks, they have never made the news or come close enough to each other in time to have critical mass. A short list of these stories would include the sex weeks popping up all over American campuses, a development that might shock middle class Democrat parents if it could break out of Fox News and onto the pages of the New York Times; the routine harassment of conservative speakers on American campuses; professors who regularly bad-mouth conservatives and conservativism, with one professor going so far as to assault a pro-Life teenager; Brandeis’s decision to rescind Ayaan Hirsi Ali’s campus appearance and honorary degree; and the uproar at UC Berkeley about having Leftist darling Bill Maher speak because, while he may be a Leftist, he’s remarkably clear-eyed about Islam. As I said, though, these stories haven’t broken out of the conservative news “ghetto.”  Because many of America’s college and university students come from Progressive homes and communities that wouldn’t dream of reading and watching conservative media, parents just don’t know what’s been happening.

In the last couple of weeks, however, several stories about American college life have thrust themselves on the national consciousness and it is these stories that, if not already tipping over the point themselves, might be balanced so delicately on the razor’s edge that, if just one more story comes along, they will force a national dialogue about what’s become of America’s academic institutions. The stories I’m thinking of are:

1. The Rolling Stone story about a fraternity rape at the University of Virginia. The UVA rape story caught the mainstream media’s attention because it so perfectly matched the Progressive narrative: America’s college co-eds are being violently, brutally gang raped at rates equal to those in Berlin at the end of WWII when the Russians came through. These rapes, moreover, are being committed by entitled, misogynistic, wealthy, white young men.

Every mainstream media outlet gobbled this story up and then regurgitated it for popular consumption — which made the story’s ultimate denouement so wonderful. First, the fraternity proved that there was no party that night, and there could not have been a party that night. Then the alleged rape victim’s friends said “nobody talked to us,” at which point the Rolling Stone’s reporter had to admit that, well, no, she never actually talked to anybody. All this was followed by the discovery that the alleged rape victim was a very troubled young woman who made up a boyfriend/assaulter out of whole cloth, including writing this imaginary figure mash notes that plagiarized from teen romance TV shows.

All of the above is awful, but crazy people are out there.  Three other salient points should impress themselves on American parents: (1) A magazine many parents still consider important committed gross journalistic malfeasance. (2) Without any independent investigation, the UVA president suspended not just the fraternity alleged to have hosted the brutal sexual assault, but all fraternities. Worse, when the hoax was exposed, the UVA president refused to rescind her order, basically saying that fraternities are collectively guilty for all rapes, real or imaginary. (3) An editor for the UVA student newspaper refused to accept “hoax” for an answer. Instead, a college-educated young, saturated in “fake but accurate” and “truthiness” as legitimate intellectual concepts, said that the entire rape story, although proven false, should nevertheless be treated as true because rape epidemic . . . with the fake rape being accepted as partial proof of the epidemic.

2. The Lena Dunham rape lie. There’s nothing like a little corroboration after a big story to drive the point home. Right around the time the UVA rape story was collapsing, a little digging established that Lena Dunham had lied when she wrote in her autobiography that she had been raped by Oberlin’s lone, and well-known, Republican named Barry. Normally, when a 28-year-old who’s not named Obama writes an autobiography, no one pays attention. Dunham, however, comes from New York’s artsy intelligentsia class and has made a name for herself writing and acting in a nihilistic show about the sex and emotional lives of a cohort of young, college-educated women. For that reason, when she alleged rape — rape by a Republican, yet! — people paid attention.

When John Nolte proved beyond a shadow of a doubt that Dunham was lying, forcing Random House to amend the book and kind of apologize, check-writing parents who, though Progressive, nevertheless think that their kids ought to learn basic logic and critical thinking at university, should have absorbed the fact is that the same outlets that touted Dunham’s rape story (NPR, Huffington Post, etc.), once again fell back on the whole “truthiness” and “fake but accurate” trope. Some Progressives went so far as to accuse Nolte of being “creepy” for having dared to investigate and expose Dunham’s lies — lies that were rapidly destroying the life of an innocent man.

3. The collective Ivy League backbone collapse. Parents all over America probably nodded understandingly when their coddled children took to the streets to protest the Grand Jury’s decision not to indict Darren Wilson following Michael Brown’s death (never mind that the physical evidence and much of the testimony corroborated Wilson’s story that Brown was trying to grab his gun, which usually ends with a dead police officer) and the decision not to criminalize the death of Eric Garner following a vigorous arrest (never mind that he was resisting arrest, was still manifestly alive after the infamous choke hold, and had a host of physical ailments that inevitably put him at risk when resisting arrest). After all, since the 1960s, college students are expected to protest. It’s a rite of passage.

What seemed to shock a lot of parents, though, if my Facebook is anything to go by, is the fact that, beginning with Ivy League law students, and then filtering down to other renowned schools, these busy little bee protesters contended that the emotional trauma they experienced just thinking about Garner and Brown was so terrible that they couldn’t be expected to take final exams. This was an especially intriguing excuse coming from Ivy League law students whom the public believes are tough and scrappy. It turns out that, rather than being tough and scrappy, these top 2% special snowflakes are utterly gelatinous, especially in the spinal region. More people than usual are now thinking, “By the time these kids get the law degrees that will have cost their parents, or the public, or the banks some $400,000 dollars, all we’ll have to show for the money are kids so emotionally weak and high strung that they can’t sit finals because of headlines? Oy!”

4. Jonathan Gruber. The mainstream media has worked hard to hide Jonathan Gruber from the public, but he’s starting to leak out here and there. And what’s leaking is really ugly. This is an MIT economics professor who freely admits to lying to the American people on behalf of the federal government, adding that it’s easy to do thanks to the Peoples’ collective “stupidity.” Worse, for his work finagling the stupid American people, Gruber hauled in millions of dollars from both federal and state governments. When forced to appear before Congress, since he was unwilling to admit to collaborating in a vast fraud against the American people, all the Professor Gruber had to say for himself was that, despite his academic stature, he was (and is) an arrogant little man desperate to elevate himself by denigrating others. Hey, Mr. and Mrs. Parent, and all you taxpayers: Your money is being used to pay Gruber’s salary — and he’s probably not the only awful Ivy League professor.

Edelman quickly became a laughing stock across America’s social media. He tried to sell himself as a consumer crusader, but Americans know an a-hole when they see one. And for Americans, his a-holeness was exacerbated by his overwhelming Ivy League credentials. This is a guy born with a silver spoon in his mouth, who somehow managed the amazing feat of having that same spoon migrate up his derriere.

6. BDS hits the Ivies. Harvard Law School’s food service division allowed itself to reveal its antisemitism and, in the spirit of “BDS” (the Boycott, Divest, and Sanction aimed at bankrupting Israel), banned all Soda Stream products from the hallowed dining halls. Soda Stream, as you know, is an Israeli company which — horrors! — employs Palestinians, who work alongside Israelis, with all of them receiving a living wage. Can’t have that in academe. Across the social networks, middle class Jewish parents, most of whom believe Harvard can do no wrong, were up in arms. Harvard’s president, recognizing bad press when he sees it, quickly reversed the Soda Stream ban. One hopes, though, that Jewish parents, who have been assiduous in rejecting any claims that America’s elite colleges are probably more antisemitic than they were 100 years ago, might realize that there’s a cancer in the Ivy League.

For those of us paying attention to sites such as Campus Watch, Campus Reform, and FIRE, stories about feminist misanthropy, about the banishment of truth and free speech, about “microaggressions,” about the anti-white narrative, about hardcore Leftism, and about antisemitism are same old, same old. However, with these six stories hitting the news virtually simultaneously, perhaps a new cohort will figure out that there’s something very rotten in the state of America’s over-priced institutions of higher education.