This is a portmanteau post, with several ideas that seemed to flow together.  It begins with today’s news that the Democ-RATS today gave Obama the veto power he needs to override the Senate’s overwhelming disapproval of his Iran Deal. This news meant that a poster that Caped Crusader sent me yesterday resonates more strongly than ever:

I agree with everything in the poster except the last line. Although you know I get disheartened at times, if I agreed with the last line I would stop blogging, sell my house, and, with the proceeds, buy a remote island somewhere in the Pacific on which would construct a very deep bomb shelter that I would then stock with ten years worth of survivalist supplies. I still have some hope that a strong conservative in the White House can turn things around.

Sadly, I don’t believe Trump is the strong conservative we need. Trump is a man without fixed principles. Dig down on any subject, and you’ll  discover that positions reflect whatever thoughts happen to be passing through his mind at a given moment. Some of those thoughts have merit, as with his objection to an unprincipled administration that is blatantly violating our nation’s immigration laws or with his refusal to play the media and political correctness games. I strongly applaud him for both those stands. On other matters, though, it’s apparent (a) that he hasn’t thought about them, which someone aiming for the executive office would do well to do and (b) that he doesn’t have a strong principle driving his governing philosophy.

It’s that last — the absence of an ideological basis — that has me worried. I want a doctrinaire conservative, one whose guiding belief is that the government’s role should be limited at home, while maintaining a strong national security focus abroad (and, within constitutional limits, at home too). Trump is an unguided and uninformed missile who is capable of doing anything and of too easily losing his way when situations become complicated. He may have refreshing insights, but to the extent that his principles are defined by his navel and not by any fixed points, he is very likely to become a loose cannon demagogue.

Indeed, even on his key issue of illegal immigration, one has to wonder if his position even rises to this level of thought: 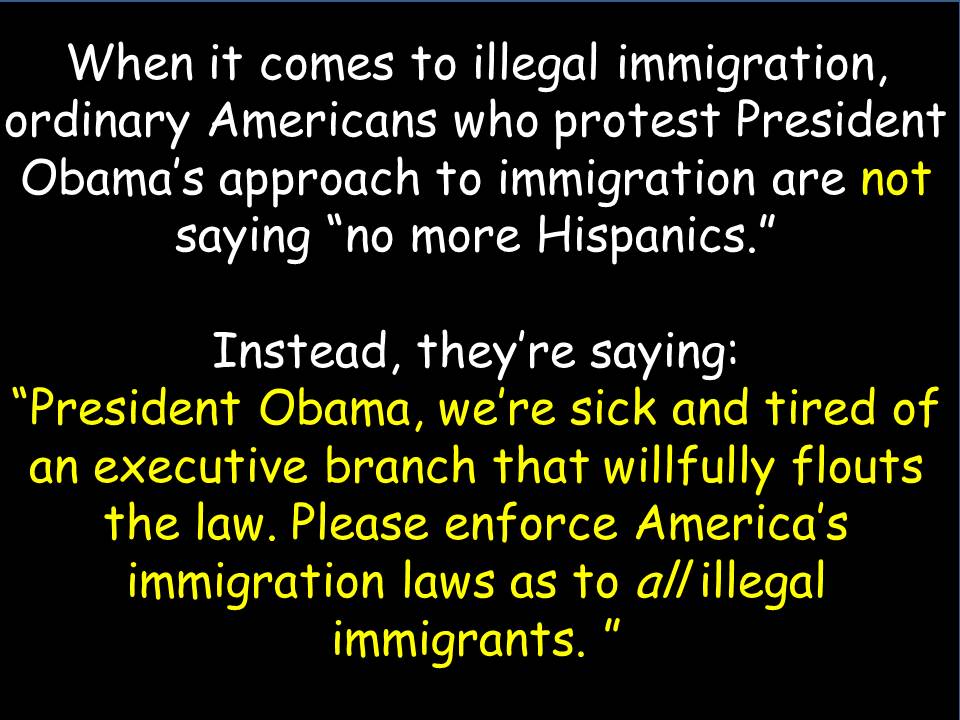 By the way, one of the most disturbing aspects of President Obama’s willingness to disregard American law is the fact that people working in Immigration enforcement seem to have gone along so willingly with his order to them to stand down from their statutorily defined responsibilities. With this thought in mind, I jokingly said to a friend that, if they don’t agree with Obama’s open borders policy (a policy that directly contradicts standing laws in the federal code), they ought to strike. My friend reminded me that federal workers cannot go on strike — something made very clear when Reagan fired the air traffic controllers.

Thinking about it, though, I wondered if there’s not an exploitable wrinkle here for concerted action by federal workers. It’s commonly understand that a strike occurs when a worker refuses to do his job in the hope of improving his position through better work conditions or more moneys.  Thus, Black’s Law Dictionary ties a “strike” to a work stoppage as a means of coercing concessions from an employer:

The question is whether federal employee action is still a “strike” when the workers insist on doing their statutorily defined job in the face of an order from the executive branch insisting that the worker violating federal law by refraining from working.  Wouldn’t that be the opposite of a strike?  And if it’s the opposite of a strike, does 5 USC § 7311, the federal no-strike statute, apply?

I’m just playing around with an idea here, and have not researched it in any way. What do you think (or actually know as a fact) on this subject? Is it a “strike” if the employees, rather than stopping work, continuing to work in the face of an illegal executive order requiring them to stand down in violation of existing federal law?