Robert Arvanitis wrote this wonderful essay, and gave me permission to reprint it here: 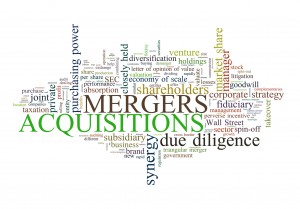 This begins with the historical merchant banks. These were firms that helped fund the Age of Exploration, and grew along with their clients during the Industrial Revolution.

A merchant banker was knowledgeable in one or more lines of business, put his own money into investments, and gathered more investors based on his own reputation. A merchant banker was the finance department for his clients. He not only lent and invested, he advised on markets, delivered correspondent services, knew the broader economy, and participated in the risks.

That was a lot of hard work, and a lot of sincere risk taking, and the merchant bankers were well-respected.

As banks grew, they drifted from their client focus. Commercial banks took retail deposits and lent more on credit analysis and less on a partnership perspective. Loans were still on the banks’ balance sheets, so they were at risk for defaults as well as liquidity, not the depositors. This meant that commercial banks needed ever-increasing capital to support those risks.

Meanwhile, as government grew, it had a baleful impact on banking. Government imposed increasing regulation, it set ever more complex tax schemes, and it used capital markets for its own deficit financing. The classic “elephant in the bath tub” of economic distortions.

By the 1970s, the investment banks, starting with Drexel, responded to these new signals. Investment banks began to disintermediate the commercial banks, with high yield bonds. Here, the investment banks acted as agent, not principal. They matched borrowers to investors but took no principal risk. That removed the need for capital, but also left the investors with both the default and liquidity risk. This further detached banks from clients, and in fact made them competitors in trading.

It turned out there were more — and more profitable — opportunities in arbitraging tax and regulation than there were in actually serving businesses.

For example, the old merchant bank took risk, and worked hard, to get a new steel mill built. The merchant banker not only invested and lent, he also secured the payroll, he helped the steel mill finance its sales to its own customers, and he arranged shipping deals with the railroads.

Meanwhile, the new-style investment bankers sold bonds to investors, and then traded against both the investors and the issuers, making a relatively safe turn on each sale. Or else they read the tax code, and fabricated deals that were tax-deductible debt for the IRS, but counted as regulatory capital for the other parts of government. That’s easier and more profitable than actually building something.

In short, rather than solving real challenges, today’s investment banks work to exploit the growing incoherent web of government intrusions on the market. Profitable, yes, but not worthy of our respect.