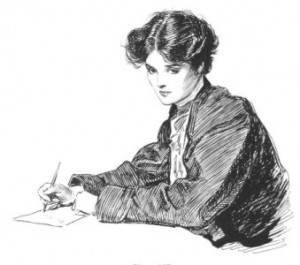 The migraine is fading, helped by a surprise three-hour nap, and my energy is returning. Yay!!! Now I can blog:

Was losing good for Ted Cruz? I was really in it to win it for Ted Cruz. I continue to think he is the most principled conservative in American politics. But was that principled stand his Achilles heel? Peter Weber argues that, if nominated, Ted Cruz had only two choices, neither good: Be principled and lose, or abandon his principles . . . and still lose, because then he wouldn’t be Ted Cruz.

Me? I still would have preferred Ted Cruz who actually is what Trump pretends to be — a game changer destroying the entrenched Washington way of doing things.

The empty Palestinian museum is an apt metaphor for the Palestinian cause. Daniel Greenfield finds a useful metaphor in the expensive, empty building meant to commemorate the “Palestinian” people:

Eliminate Jews, as the Muslim and non-Muslim champions of the Palestinian hoax have attempted to do, and there is no Palestine left. Palestine is a parasitic political entity that derives its wealth, its water and its electricity from Israel. It also gets its history, its culture and its entire reason for existing from Israel.

The Muslim settlers claim that King David was a Muslim, that Jesus was a Palestinian and that the Star of David, which long predated Islam, is an Islamic symbol. The only Palestinian culture is appropriation.

Palestine can no more exist without Israel than a Plasmodium malariae or an HIV virus can exist outside a warm body. Despite all the whining about an independent state, the only purpose for a Palestinian state that the PLO, Hamas or anyone else has been able to conceive of is attacking Israel.

Palestinian identity has no meaning or context without hating Jews.

The Palestinian Museum is as empty as the souls of a populace that has wholly given itself over to a cult of death. Nothing can be put in there except hatred of Jews.

Obama violates the first ruling of governing. Even hard core libertarians would agree that government is necessary because it serves a few core functions that only government can serve. One of those is to protect public health. Even in the Middle Ages, it was the local government that issued edicts trying to stem the spread of infectious diseases, especially the plague. Obama, though, has turned that one on its head. In his haste to import Syrian Muslims into America, and to wipe out our Southern border, he’s been introducing into America diseases that had long since been controlled or even wiped out here:

Prior to the Obama era, tuberculosis was a rare diagnosis and many thought the disease had more or less been eradicated in the United States. Multi-drug-resistant strains of tuberculosis have been reported in populous California, Florida, Texas, and New York, all of which have large concentrations of illegal aliens.

Last year close to 400 migrants with latent TB arrived in Indiana, according to state health authorities. Indiana’s TB rate had been falling in the five decades up to 2010, but it is now rising as more migrants move to the state.

While latent TB itself is not infectious, 10 percent of those with latent TB later develop active infectious TB, a particularly nasty ancient disease.

“Tuberculosis (TB) … bacteria usually attack the lungs,” according to U.S. Citizenship and Immigration Services (CIS), “[b]ut TB bacteria can attack any part of the body, such as the kidney, spine, and brain.”

The primer on the malady that used to be called the White Plague continues:

“If not treated properly, TB disease can be fatal. … TB is spread through the air from one person to another. The bacteria are put into the air when a person with active TB disease of the lungs or throat coughs, sneezes, speaks, or sings. People nearby may breathe in these bacteria and become infected. … In the early 1900s, TB disease killed one out of every seven people living in the United States and Europe. …

“People from Central and South America, ground zero for Zika and other infectious diseases including tuberculosis, dengue, Chagas, Chikungunya and schistosomiasis, make up nearly 15 percent of the illegal-immigrant population in the U.S.,” notes Michelle Malkin.

The ongoing invasion at the border with Mexico is exposing Americans to numerous health risks.

I’ve always had a very strong sense of the dangers of contagious diseases, whether because my parents had scarlet fever, diptheria, tuberculosis, or because their friends had polio, or because I lived in San Francisco when it was the epicenter of the AIDS crisis. People very quickly revert to a feral state when those diseases start spreading, and they are terribly, terribly scary. Just think back to the ebola scare and multiply it out by tens of thousands of newly arrived disease vectors throughout America.

Brave trans “woman” a male rapist?! Over at Louder with Crowder, they think that they’ve unveiled some pretty unsavory information about Meredith Russo, who “bravely” went to the New York Times to complain about the horrors of being denied access to a women’s restroom. Interestingly, there are marital rape and abuse charges against someone who has the same first name — Travis — that Meredith used to have.

The name overlap absolutely could be a coincidence, so be prepared for Meredith’s denial. If the denial is believable, end of story. If the denial is not believable, or there’s no denial, Meredith suddenly becomes Exhibit A in supporting ordinary people’s fears that transgendered individuals are either terribly unsavory and using the trans identity as a means to a nefarious end, or that they are genuinely mentally ill. Either way, no woman wants someone like that in her bathroom.

Obama’s scary ignorance about history. Obama made a big deal of visiting Hiroshima. He has never, as president, visited Pearl Harbor. That’s a pity because, as Victor Davis Hanson explains, Obama could learn a lot by understanding why the Japanese decided to attack America. Reading what America did after the attack, though, makes me wonder if we have the ability to recover like the Phoenix as America of old did:

After Pearl Harbor, the United States went into a rearmament frenzy the likes of which had never been seen in history. America produced more airplanes and ships than all World War II powers combined. The U.S. military grew to 12 million soldiers.

American military leadership in the Pacific — led by Admirals William Halsey Jr., Chester Nimitz, and Raymond Spruance, along with Generals Curtis LeMay and Douglas MacArthur — proved far more skilled than their Japanese counterparts. And the American soldier, sailor, airman, and Marine, after a bruising learning experience in early 1942, proved every bit as ferocious as veteran Japanese fighters.

I believe we still have the solid people, but I cannot imagine getting past the bureaucratic gridlock. Can you see OSHA, the EPA, and the rest of the alphabet soup of agencies, including the Pentagon itself, getting anything done quickly. If we were to repeat December 7, 1941 today, we’d be ready for battle by January 1, 1965.

Hillary’s new male spokesman. Hillary Clinton’s campaign unveiled an ad that purports to show a manly man who’s man enough to vote for a woman. Unfortunately, when you live in a world of people who hate manly men, their idea of what constitutes “man enough” leaves a little bit to be desired. Since they view real men in pretty much the same light as a Baptist Church views Satan, they’re going to shy away from those Satanic images and settle for something a little more . . . uh, well, I don’t know. You tell me: 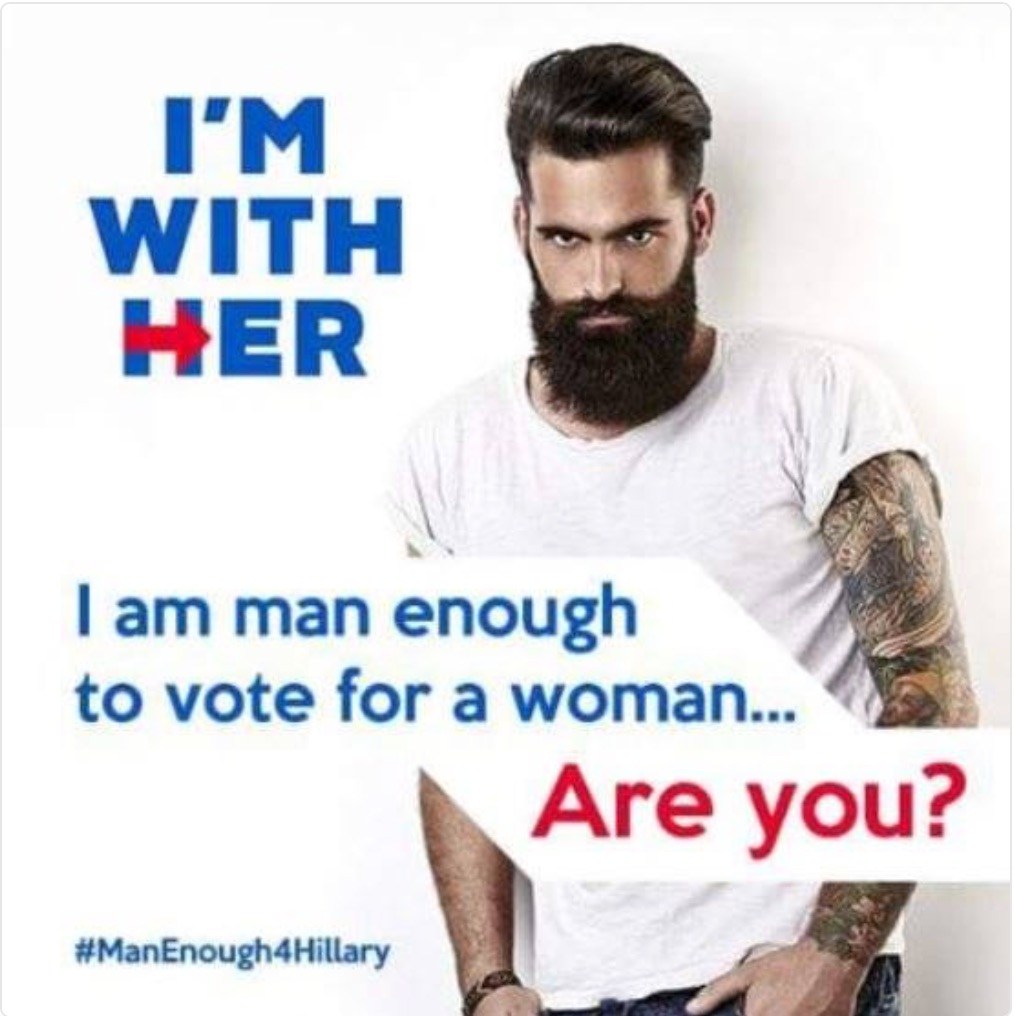 What’s really funny is that the picture is a stock model picture and apparently has been used before to teach Portlandians about syphilis. Note to someone in the Hillary campaign: In future, make sure that nobody can make jokes about Hillary being worse than STDs.

They make ’em crazy at Oberlin.  Rod Dreher turned his gimlet eye on the New Yorker report about the insanity at Oberlin.  He’s incredibly funny and absolutely right.  It’s also depressing to think that one of the nation’s formerly great liberal arts institutions has sunk so low under the Lefts’ aegis.

You’d have to have a heart of stone not to be moved. I don’t like Florence + The Machine’s music. That’s just a personal preference. I’m sure they’re good, but they’re not my thing. What I like a great deal, though, is the humanity that took singer Florence Welch and guitarist Rob Ackroyd to a hospice in Austin to play for a teenager who couldn’t make the concert:

The teen, who looks very close to casting off her mortal coil, is radiantly happy as she sings along with Florence. I couldn’t have done what Florence did. I would have melted into useless tears. Cheers, Florence! You done good.

Katie Couric explains what went wrong. Reason.com decided to take a page out of Katie Couric’s journalism book and have her explain in her own words precisely why she wholeheartedly supports false editing of allegedly factual stories.