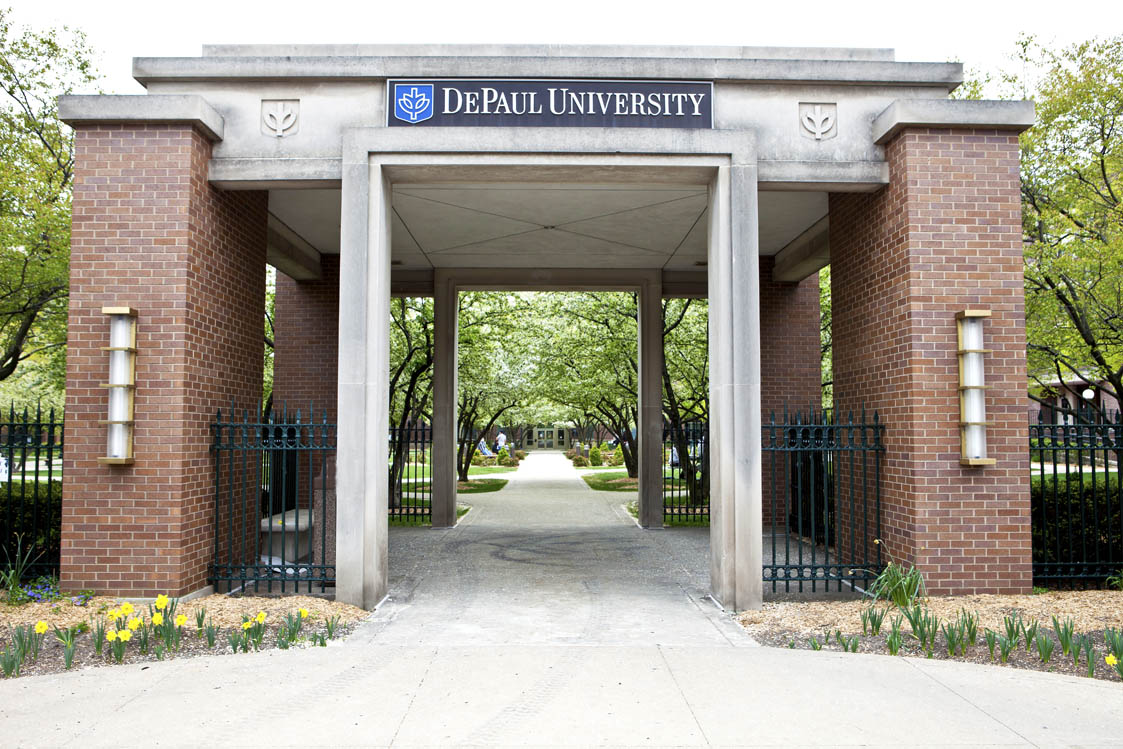 It’s already old news that DePaul’s resident fascists (aka students and their adult trainers) shouted Milo Yiannopoulos off the stage. Campus security refused to step in to protect an invited speaker. Worse, when the story inevitably went public, the university’s insane faculty doubled down on the type of vicious fascist censorship that Hitler’s Brownshirts would readily have recognized.

But there is push back. Just check out DePaul’s review page on Facebook. For those who don’t want to bother, here’s the summary version as of May 29, 2016: 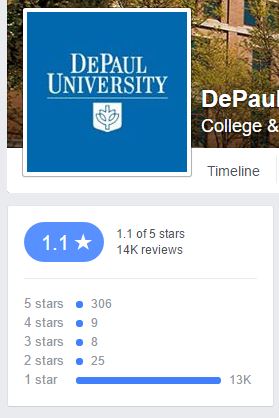 There are so many reviews that it would take me hours to find who wrote the following masterpiece on the Review page, which a friend sent me a couple of days ago. If you know who wrote it, please tell me so I can give proper attribution:

This school doesn’t try hard enough to ensure diversity among the students. During my visit I noticed there were still White people on campus, and they even had a little club called “College Republicans”. SMH. What is this 1950? NO! It’s 2016! They might as well have a club called College KKK! The fools didn’t even want to be on the right side of history!

How could DePaul University allow this to happen? By not attempting to achieve 100% diversity. There’s still entirely too much inquiry from students, and the faculty isn’t doing enough to quash that desire and indoctrinate students into the progressive ideology, and that stems from the White population of students not being diluted enough. DePaul must seriously work on this issue if it is to continue being a respectable institution in the following years.

Now that I’ve told you about the bad I will note some of the positives of DePaul University. One positive is that the Dean of Students office is entirely staffed by women (100% female diversity), but only 1 out of 5 employees is a WoC (Woman of Color for those not as up on their progressive terminology as myself). That’s only 20% racial diversity, so it could be better, but they are on the correct path.

Another positive is that DePaul University doesn’t stifle the creativity of SoC (students of color). At any given moment a black student can burst into a room and disrupt activities while threatening students, guests, and faculty without repercussion. I LOVE that I can be culturally enriched at any given moment by these future leaders of America.

This is the college experience students pay for. You can only find deep, meaningful, and memorable culture similar to this in the heart of America’s inner cities which is sadly out of reach for most Midwestern Americans. DePaul University brings the inner city to campus, and allows it to freely express itself without fear of jail or worse. Money well spent. DePaul’s policies are similar to the policies that make our inner cities such wonderful places to visit and live.

Bravo to you Depaul, but you still only get one start from me.

I hope parents and prospective students will consider my words carefully when deciding whether or not to attend this fabulous institution of diversity.

And here, as an added bonus, is a video helping explain what a Social Justice Warrior really is: