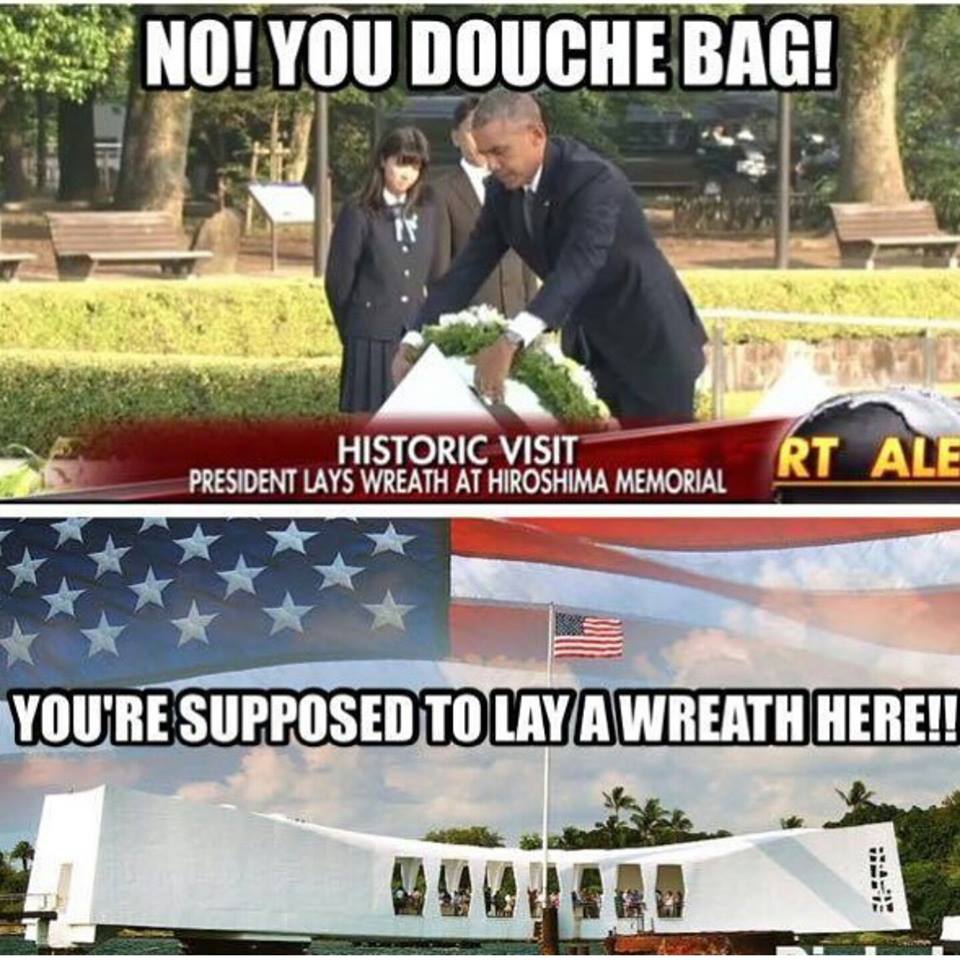 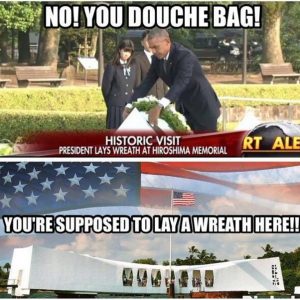 I know it happened last week, but I’m still processing Obama’s visit to Hiroshima. There are three things I want to share with you, starting with the Leftist take and then leaving the gutter and heading for the high ground, where intelligence and morality live. The Leftist take revealed itself in a popular cartoon I found on my Facebook feed this morning. This cartoon, incidentally, boasted almost 8,000 shares when I grabbed it: 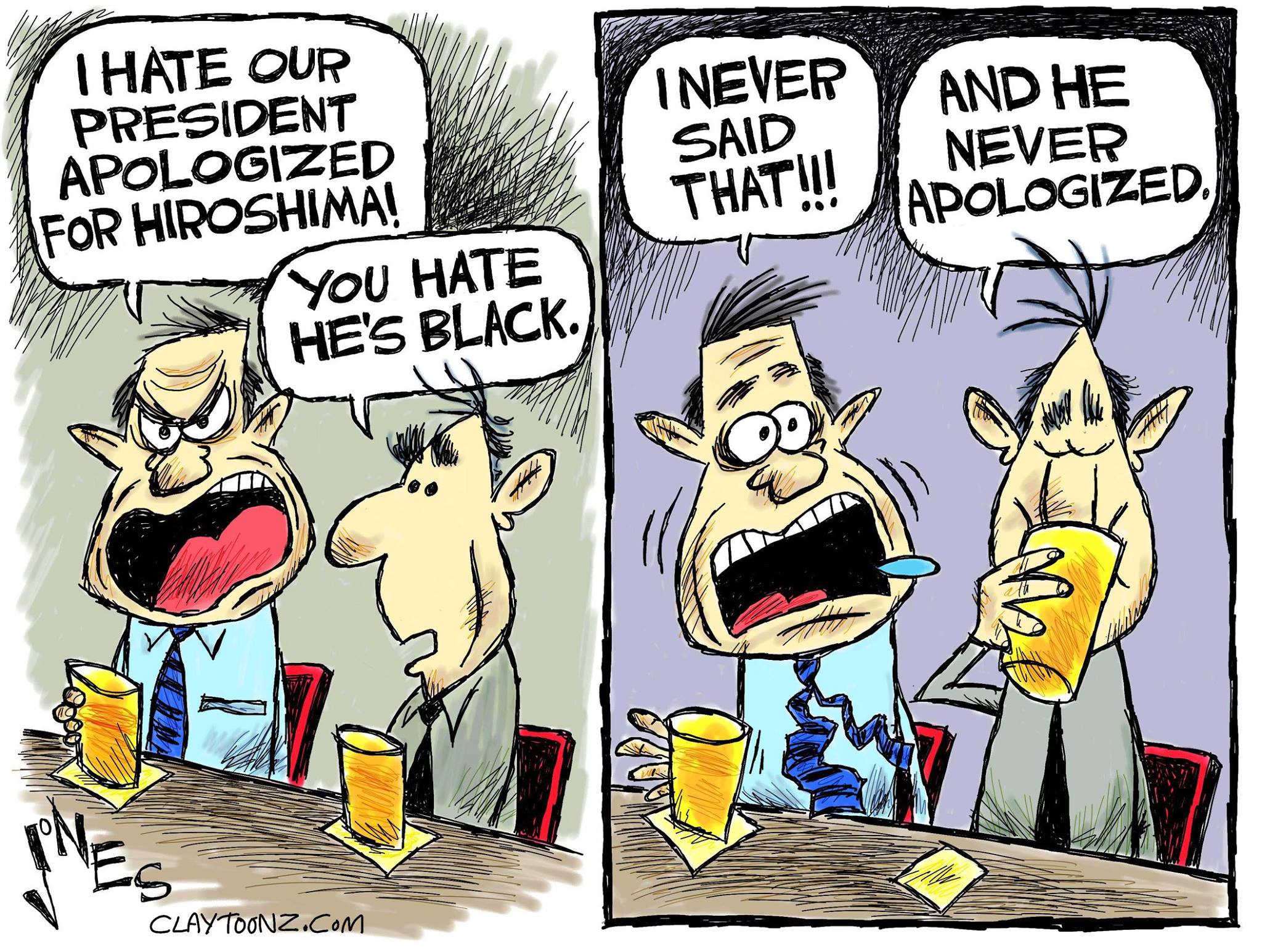 The key point, of course, is the cartoonist’s contention that Obama did not apologize while at Hiroshima. Let’s drill down and find out how wrong that is.

It’s true that Obama didn’t use the words “sorry” or “apologize.” In a way, though, he did something even worse, which was to speak as if there was no relative difference between the Americans and the Japanese in the 1930s through 1945. In Obama’s world, everyone is guilty. Pearl Harbor never happened and the atom bomb only took lives, it didn’t save lives. (And yes, this is a familiar Leftist trope, as you’ll see if you read Chapter 5 of my ebook, Our Second Amendment Rights In Ten Essays

On the subject of the poisonous moral relativism in Obama’s speech, I think Ben Shapiro does a good job:

On Friday, President Obama said America’s use of the A-bomb to end the threat of Japanese fascism sprang from American desire for conquest, suggested that America had ushered in an age of “atomic warfare,” and said that we could achieve a “world without nuclear weapons” if only we clapped for Tinkerbell. This came shortly after his visit to Vietnam, where his White House announced that America would start selling weapons to the communist dictatorship.

In case you were wondering, at no point did Obama mention Pearl Harbor and the dead there, or the more than 100,000 Americans who lost their lives in the Pacific theater, or the half-million to one million Americans who would have had to sacrifice themselves to storm the island of Japan using conventional means. As Noah Rothman tweets this morning, veterans were overjoyed at the use of the A-bomb, knowing it ended the war and meant they would live to see their children.

Obama noted that war is not unique in human history; he even went full moral relativist with regard to World War II itself: “the war grew out of the same base instinct for domination or conquest that had caused conflicts among the simplest tribes, an old pattern amplified by new capabilities and without new constraints.”

Do read the whole thing. You won’t regret it.

So yes, Obama did apologize by effectively casting us as malfeasors who, in the grand Obama moral scheme of things, are guilty at an existential level and most forever apologize to everyone.

If Obama is so worried about existential, karmic guilt, I wish he would read the Facebook post, below. It makes the point that, in addition to being the aggressor in WWII, Japan’s Bushido culture was absolutely awful. Although it didn’t industrialize murder the way the Nazis did, it was every bit as cruel and brutal — and intended to continue to be that way until the last man, woman, and child had been sacrificed to that insane ideology:

(If the embed code doesn’t work, you can see the laundry list of Bushido Japan’s murderous brutality here.)