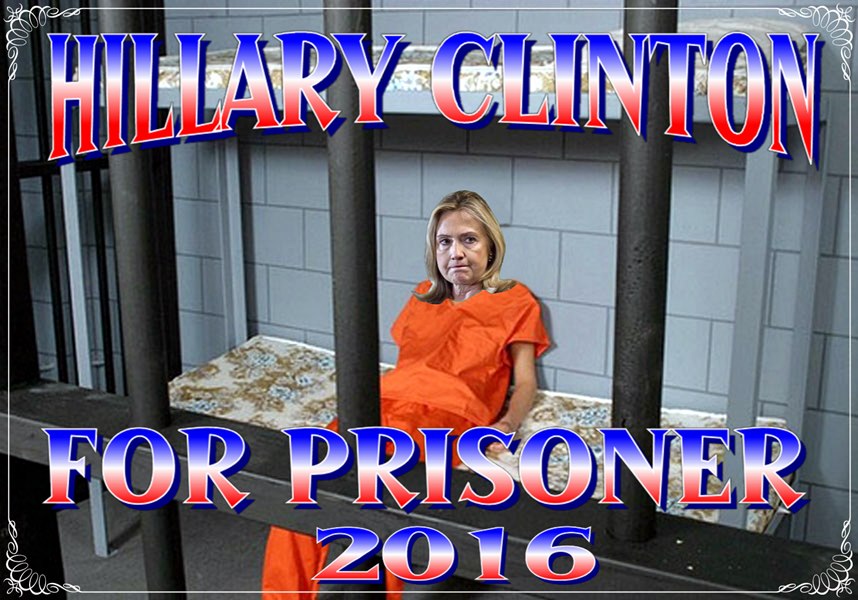 The following bill of indictment, which guest blogger JK Brown authored, is particularly timely in light of Harry Reid’s unseemly suggestion that America’s CIA and other security agencies lie to Trump because he’s “dangerous,” when Hillary is the only candidate running who handed America’s secrets over to foreign powers:

The “lock her up” chant is futile and unseemly. But the obfuscation regarding criminal intent is not the reason why. Gross negligence, that is being “extremely careless,” is all that is required for prosecution for mishandling classified information. But none of this matters now, because the DOJ has exercised prosecutorial discretion and chosen not to prosecute.

Prosecutorial discretion is a judge-made policy that gives prosecutors an unaccountable power to choose which cases to prosecute. This discretion is of value when properly used to facilitate justice, but it is also power that might arise during “unexpected” tarmac chats or when matters concern social acquaintances or political allies.

In any case, in regards to the bill of indictment laid out by FBI director Comey against Hillary Clinton it settles the matter of criminal prosecution. It does, however, leave the “security or administrative sanctions”, Director Comey alluded to in his statement to be determined. Such sanctions generally take the form of loss of security clearance and denial of positions requiring access to classified information. Unfortunately, election to the Presidency raises an individual and their similarly culpable staff above the imposition of such sanctions by subordinate federal officers and employees.

In this tradition, we have the grand jury. Yes, in recent decades, the grand jury has become thought of as a creature of the prosecutors, but its tradition is a collective assessment of the People, regarding whether someone has violated custom (law) and should be called to answer for their offense. And it is in this tradition that the American voters are now called to make a determination on the bill of indictment against Hillary Clinton outlined by FBI director Comey. Like it or not, we all have jury duty and there is no getting out of it.

Guideline K – Handling Protected Information
34(b) collecting or storing classified or other protected information in any unauthorized location;

34(c) loading, drafting, editing, modifying, storing, transmitting, or otherwise handling classified reports, data, or other information on any unapproved equipment including but not limited to any typewriter, word processor, or computer hardware, software, drive, system, gameboard, handheld, “palm” or pocket device or other adjunct equipment;

Guideline M – Use of Information Technology Systems
40(d) downloading, storing, or transmitting classified information on or to any unauthorized software, hardware, or information technology system;

If the bill of indictment is a true bill, then Hillary Clinton must be denied access to classified information.