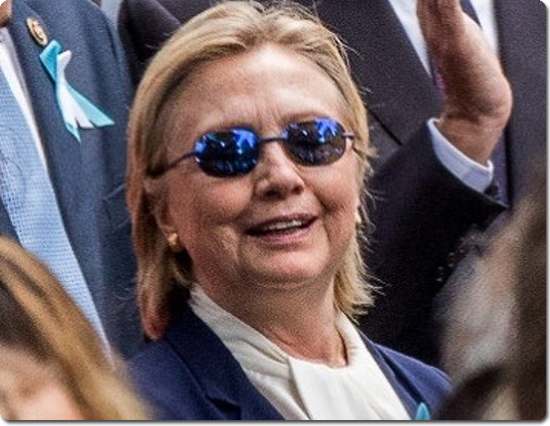 Rumors are circulating that the Democrats are frantically looking for a way to displace Hillary from the top of their ticket. That assumes, of course, that it’s even possible to do so at this late date, with states already having locked in the primary winners. The obvious people to fill Hillary’s spot are Joe Biden (feckless), Bernie Sanders (hypocritical), and Tim Kaine (a hard-Left nonentity), with Sanders being the only one who has some legitimacy, given his second place finish in the primaries. Sanders, because of his rabid base, and Biden and Kaine, because of their lack of scandals, all have the ability to defeat Trump.

What concerns me is that if the Democrats succeed in their machinations, Sanders, thanks to his rabid base, and Biden and Kaine, because of their lack of scandals, all have the ability to defeat Trump. Hillary, however, may forever have lost that ability — at least that’s what the prescient Scott Adams thinks. In addition, Hillary is hampered by the mounting evidence of Borgia-esque corruption and the constant threat that Wikileaks or some other entity will release embarrassing material.

Once I started thinking about Hillary replacements who may be more successful than Hillary, I arrived at a surprising conclusion: I no longer just want Hillary to lose; I want Trump to win. Having adjusted to Trump, and having seen his remarkably quick learning curve and his willingness to cater to hot-button conservative issues (e.g., Supreme Court, radical Islam, illegal immigration), I’m beginning to think that he might be a decent president.

One of the main reasons I’m almost craving a Trump presidency is because of his catch-line on The Apprentice:

“You’re fired” — powerful words and words that career politicians avoid like the plague.

Trump can’t do away with any administrative agencies that Congress established, but he can shut them down, fire the Leftists who are using the agency to pass an agenda, and then rebuild the agency in the most narrow form possible.

Is this purge necessary? You betcha. Nothing makes that more plain than an op-ed published in the WaPo this weekend. The article, entitled “How the government could resist President Trump’s orders,” is a detailed primer instructing government workers how to undercut their constitutional boss (i.e., the duly elected president of the United States). The article is premised on the fact that the real power in America is the Leftist government worker, and no politician should ever forget that:

In a real sense, this town [Washington, D.C.] exists to serve the liberal, constitutional order, and President Trump would face fierce and sustained resistance to his “because I say so” threats to that order — not only from the other party but from his own, and from the nonpartisan civil servants who run the government day-to-day.

Federal workers are in a strong position to resist. One scientist who has spent 35 years at the Environmental Protection Agency (and who asked to speak on the condition of anonymity to discuss political matters) said that after the “hostile takeover” of the agency under Ronald Reagan, career folks initially tried to work with political appointees. But when they concluded that they were really being asked to break laws on water, air and waste, they began complaining to Democrats on Capitol Hill, who held oversight hearings.

Although he’s seen many direct confrontations over the decades — and stretches when the EPA softball league was more active than the workplace — the civil servant said he had never seen anyone pushed out for pushing back, especially since political appointees can be personally sued in cases of retribution. At any rate, civil-service protections require a whole series of administrative proceedings to remove an intransigent bureaucrat.

Trump, of course, would not be a political appointee so he shouldn’t be vulnerable to litigation. Instead, he would be the constitutionally-appointed boss of the administrative branch of the federal government and, if elected, that appointment will have come directly from the American people. While the Left doesn’t like to think about it, under our constitutional system, government serves the people, not the other way around.

Not only is Trump experienced at firing people, he’s not beholden to anyone. He didn’t come up through the ranks, begging and borrowing political favors that need to be repaid. Indeed, he is the antithesis of John Kennedy, who owed the unions for his victory and rewarded them with an executive order allowing government employees to unionize. By doing so, as you know, Kennedy turned the federal government into a money laundering scheme for the Democrat party.

Not only am I hoping/praying that Trump fires whole agencies en masse, I can’t escape the hope and the prayer that he’s an out-of-the-box thinker who can undo some of the spectacular damage that Obama has caused abroad. The Cheneys, father and daughter, spell it out:

Meanwhile, the threat from global terrorist organizations has grown. Nicholas Rasmussen, director of the National Counterterrorism Center, told the House Homeland Security Committee in July that, “As we approach 15 years since 9/11, the array of terrorist actors around the globe is broader, wider and deeper than it has been at any time since that day.” Despite Mr. Obama’s claim that ISIS has been diminished, John Brennan, Mr. Obama’s CIA director, told the Senate Intelligence Committee in June that, “Our efforts have not reduced the group’s terrorism capability or global reach.”

When Mr. Obama took the oath of office on Jan. 20, 2009, Iraq was stable. Following the surge ordered by President Bush, al Qaeda in Iraq had largely been defeated, as had the Shiite militias. The situation was so good that Vice President Joe Biden predicted, “Iraq will be one of the great achievements of this administration.”

Today, Iraq’s border with Syria has been erased by the most successful and dangerous terrorist organization in history. ISIS has established its “caliphate” across a large swath of territory in the heart of Syria and Iraq, from which it trains, recruits, plots and launches attacks.

Every promise made to the American people about the Obama nuclear agreement has been broken. We were promised a “world-class” verification process. Instead, the Iranians are allowed in key instances to verify themselves.

We were promised that non-nuclear sanctions, including those that block Iran’s access to hard currency and our financial systems, would remain in place. Instead, the Obama administration has paid the mullahs at least $1.7 billion in cash, which includes at least $1.3 billion in U.S. taxpayer money, the first installment of which was ransom for the release of American hostages.

The next president inherits a disastrous world situation. He needs to be creative, dextrous, and adaptable to prevent a complete implosion. None of those adjectives apply to Hillary. Even her lies are flat and stale. Nor will Bernie, Joe, or Kaine be up to the task of repairing the holes that Obama made in America’s protective shield. Trump may not be up to the task either, but I’ve come to believe that, of all the possible people who can take the White House this November, he’s the only one with a snowball’s chance of doing something different and changing the metrics.

So here I am, having transformed from a #NeverTrump, to a #NeverHillary, to a pro-Trump, “Make America Great Again” voter, who hopes that the candidate he is best situated to defeat — that would be the ailing, corrupt Hillary Clinton — stays in the race.