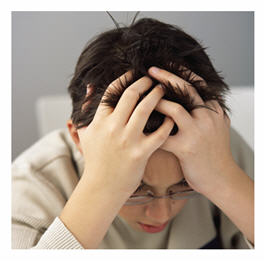 Yesterday, I read (out loud) the worst “rebuttal to a speech” ever. Today, I read something less amusing, but also important:  It’s a disturbing parenting article that places a serious emotional burden on boys — the same boys who today live in an anti-male society. A little background:

One of Progressivism’s favorite issues is “rape culture.” According to them, middle-class American women are at perpetual risk of rape. This is an inference drawn from the fallacious claim that American college girls have a 1 in 5 chance of being raped — making your average campus more dangerous than a South African slum.

Obsessing on this false statistic allows these cultural warriors to ignore actual rape cultures, in Rotherham, England; in Sweden; in Germany and other parts of Western Europe; in Australia; and, of course, across the Muslim Middle East. While our Western-reared young men are told that rape is a criminal act and a moral outrage, young Muslim men across the world are told that infidel women (and children) are theirs for the taking.

Once they graduate from college, the women grads tend to earn somewhat less than the men grads but I, being a failed feminist, believe that this does not mean that employers are paying women less than similarly situated male colleagues (which would be illegal). Instead, I think it’s a combination of women’s majors (more liberal arts than STEM); women’s life choices, which tend to revolve around part-time work or other limited-time work to facilitate parenting; and the fact that, when employees have to ask for raises, women don’t ask.

The last few years have been hard on men, especially older white men because the recession was worse for them than it was for women. And of course, young men are more likely to commit suicide than young women (three-and-a-half times more likely, in fact).

With this data in mind, the article that bothered me today is an opinion piece in the Washington Post parenting section:  “My teen boys are blind to rape culture.” Jody Allard laments that her boys, 16 and 18, roll their eyes when she starts on a harangue about “rape culture.” Worse, they call her out on her claims:

“There’s no such thing as rape culture,” my other son said. “You say everything is about rape culture or sexism.”

Allard looks at her sons and wonders how she ever gave birth to such alien, insensitive, anti-feminist creatures:

I never imagined I would raise boys who would become men like these. Men who deny rape culture, or who turn a blind eye to sexism. Men who tell me I’m being too sensitive or that I don’t understand what teenage boys are like. “You don’t speak out about this stuff, mom,” they tell me with a sigh. “It’s just not what teenagers do.”

Phooey, says Allard, who describes herself as a past victim of rape and sexual abuse, as she insists that there is a rape culture, that her boys should know better, and that they’re neither policing their friends nor going through the whole “consent” shtick as a prelude to intimacy with a women. Her sons, therefore, “are part of the problem.” They’re too lacking in empathy and too passive to get out there and attack other men as rapists:

My sons understand, as best as teenage boys can. But they aren’t willing to sacrifice their own comfort for my sake, or for anyone else. When it comes to speaking out against rape culture and questioning their own ideas and behavior, they become angry and defensive. Not all men, they remind me, and my guts wrench as my own sons mimic the vitriol of a thousand online trolls.

No matter how often my sons remind me that they are good men, they don’t understand that being “good” is an action. You don’t earn the honor by simply shaking your head when you hear about [Brock] Turner and other rapists being given lenient sentences. You earn it by acting to end rape culture, and by doing it even when it’s awkward and uncomfortable as hell.

It must be tough on boys to grow up on the receiving end of such anguish, anger, and resentment (however legitimate it is in Allard’s case) — and, moreover, to have thrust upon them the burden of righting at a societal level the wrongs that some individual committed against their mother at a personal level. I might even suggest to Allard were I to speak to her that at least one of her sons is too emotionally fragile to have that burden thrust upon him.

Huh? Where did I get the feeling that Allard’s child has issues? From Allard: As is the case for many writers, she uses her personal issues as a starting point for her writing. (I do it too, although at a much lower level, usually to show how I was able to reduce complex issues to fairly simple terms that my children, when younger, could understand.) Thus, Allard has written two heartbreaking posts about one of her children’s suicidal struggles with depression:

In the post entitled “I have to learn to care for my suicidal teen with limits but without fear,” Allard confronts the guilt that parents of a suicidal child feel:

I have been searching for what I did wrong since it happened, and I’ve examined my son’s life with a fine-toothed comb, finding a thousand examples of my mistakes. I married the wrong men, I worked too much, I didn’t know how to be present; I didn’t know how to be myself, much less model boundaries and attachment for my son. “It’s all my fault” has been the refrain in my mind since the night I drove home from the ER as they admitted my son for suicidal ideation.

(See also, I Knew My Son Was Depressed, But I Didn’t Know He Wanted to Die.)

There are many extenuating factors explaining why one of Allard’s children is depressed and suicidal: premature birth (which she describes in the article from which I’ve quoted), genetic factors (the Hemingway family illustrates how suicide can run in families), and the reality that boys, sadly, are simply more likely to kill themselves than most other people are. But still . . . still . . . I can’t escape the feeling that a young man growing up in a Progressive household, no matter how loving and concerned his parent(s), is too often made to feel as if his gender his evil and that it is his responsibility — and his responsibility alone — to atone for the sins of his chromosomes. That’s a very heavy burden to lay upon a young man in today’s America.

I feel sorry for Allard — abused as a young woman and finding herself in a world she believes is beset by boogeymen. Given her past, it seems cruel to tell her to lay off the Progressive guilt parenting. Still, I’m going to say it anyway:  I know you love your sons. Please don’t make them responsible for the Left’s underlying push to label all men as evil, uncontrolled animals. The reality is that, amongst the American middle class, we’re doing a pretty decent job of making sure that young men don’t rape. There will always be bad people, including bad men, but it’s sexist to insist that all men are bad. Your sons deserve more respect than that.

If you want one-stop-shopping for informative and thought-provoking articles covering a range of subjects from parenting to politics, check out the new WOW! Magazine, where Watcher’s Council members and their friends post collaboratively post their work.