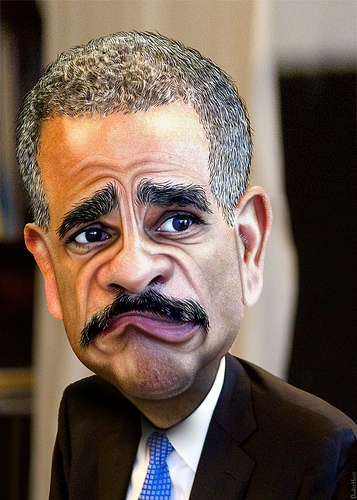 I’m leaving soon for the airport, but wanted to make two quick points about government corruption and minority rule before it becomes too difficult to write.

Government corruption. It was easy for Obama to corrupt the Department of Justice. He simply put in place people who had no respect for the rule of law and, instead, ran things purely through a political filter.

Sadly, un-corrupting the DOJ (not to mention other government agencies that became equally corrupted) will be a more difficult task. It’s not just a matter of cleaning out the bad employees and replacing them with good ones. The corrupt employees created vested interests, and those who benefitted from the corruption will fight tooth and nail to protect those interests — and they’ll do so, moreover, by accusing the new broom of itself being politicized.

As a private citizen said on Facebook (and I won’t name him lest he be harassed), it was the Left that politicized everything. Further, that writer pointed out that by doing so the Left forced everyone to have an opinion about everything, whether they wanted to or not. I’ll add that this same politization means that even the act of returning to the rule of law is a political one that the Left will viciously challenge.

Minority rule. Those who will be screaming most loudly when the Trump government, as it seems inclined to do, cleans out corrupt government agencies, are minority groups. And by that, I don’t mean “minorities” as a euphemism for different skin colors. I mean “minorities” as in actual numerical subsets in America, such as the LGBTQ crowd.

That crowd’s inevitable hysteria (which is already building even though Trump hasn’t done anything concrete yet) reminded me of an important principle: In a genuinely health nation, from the government on down, the majority gets to set the tone and make the laws, provided that the minority is treated with respect in social situations and is never denied its full civil libertiies. And even then, there are limits. Pedophiles, rapists, murderers and other horrible rogues deserve no respect and, if convicted in accordance with due process principles, buh-bye to their civil liberties. They’ve forfeited them.

In an unhealthy society, though, one ends up with a situation such as that which Obama created, which is that the minority dictates to the majority. That is a direct blow to American democracy, because it makes our votes and other civic choices meaningless. The minority should be zealous in defending its rights, and decent people must ensure a minority’s protection, but it’s Looking Glass Land when the minority takes over.

Gotta run. This is a fairly undeveloped idea and one I’ve dashed out quickly, so I’ll be looking forward when my plane lands to hearing what you all have to say about these points.