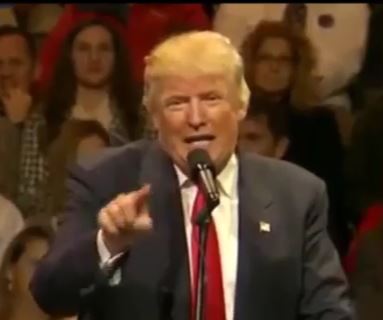 Obama promised to be a transformative president, but he built nothing that will last except racial rancor. However, looking at just a handful of things that Donald Trump has already done:

I’m feeling giddy enough to make a prediction about him:

I think Donald Trump may go down as one of America’s greatest presidents.

When I listened to Trump’s speech in Cincinnati (an excerpt of which you can see below), I wanted to stand up and with this excited audience myself and holler “USA! USA!”

Rush said today, Trump is not an ideologue. Rush is correct.  But Rush also said that somehow or other, Trump always arrives at an endpoint that satisfies Rush, the ultimate conservative ideologue.

You know why this is? It’s because facts are inherently conservative. Men are men. Women are women. Earth’s climate changes — always and forever. Bowing down to bullies begets more bullying. Taxes rob the economy without creating offsetting wealth.

Trump is the ultimate optimistic pragmatist. He looks at the world as it is, and sees ways to benefit from what is and to change the status quo for the better.

Will he slip up? You bet. Will he embarrass us? Almost certainly. But he will also break free of old, dysfunctional paradigms and quite possibly change the world.