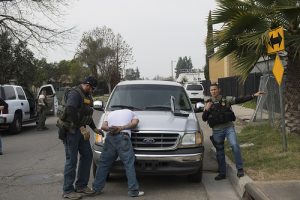 My response to my sister was that, yes, government can confer benefits, but those benefits invariably come with strings attached: Increased government control over people’s lives (“He who pays the piper calls the tune”), increasingly intrusive government, corrupt government, power-hungry government, etc. In any event, I argued, government benefits never raise people above a bare minimum.

If you want to find the best way to raise people out of poverty, I said, look to the free market. At no other time in history, and in no other place, either in the past or the present, have more people been raised up than those people who have benefited from the last 150 years free market enterprise in the Western World.

In America, especially, poverty — real poverty of the type that people experienced historically or that people still experience in the Third World — no longer exists. To the extent that there are people who live in the streets, who go hungry, and who lack clothing or other care, you’ll invariably find mental illness or substance abuse attached.

The bulk of America’s poor, while living in horrible circumstances compared to those in America who are not poor, are nevertheless surprisingly affluent by historic or geographic standards. They have access to cheap clothes, cheap food, cheap shelter, some forms of plumbing, free (albeit lousy) public education, and relatively cheap transportation (which will get cheaper under EPA Chief Pruitt). Compare them to people before the late 20th century or to people in Calcutta or vast swaths of Africa, or even today’s Venezuela, and you can see that there has been a quantum change in the material world the American poor occupy.

Please don’t make the mistake of thinking that I’m arguing that the lives of America’s poor are not in all ways demonstrably, drastically worse than mine. I live in a beautiful community and consider myself blessed when it comes to the material things in my life — blessings I never take for granted, given that I grew up in very stringent (and accordingly stressful) economic circumstances. Nevertheless, my point isn’t about America’s poor compared to me; it’s about America’s poor compared to historic poverty or modern Third World poverty.

Given that America’s poor are markedly better off in material terms than history’s or the Third World’s poor, why then is poverty in America so dreadful? (And poverty in America is dreadful, especially when considers the material abundance that surrounds the poor and that even exists among the poor.)

The answer that came to me when I spoke with my sister, and the answer that I want to run by you, is that America’s poverty is Dickensian not because of material poverty but because of overwhelming crime and a dead-end culture. When you think of the horrors of Chicago’s South Side or LA’s Compton or the worst parts of D.C. or New York, do you think of barefoot children or of raped little girls? Do you think of hungry people or of people who are the victims of a feral group of young men engaged in perpetual warfare? Did you think of people without cellphones or of elderly people who cannot leave their homes without being mugged? Do you think of homelessness or of a home filled with violence and drug abuse?

The idea I’m working my way into is that America’s poor do not suffer from a lack of material wealth; they suffer badly from a lack of spiritual and moral wealth, combined with situations dangerous enough to qualify for the worst slums in South Africa. Imagine how different hings would be if one could introduce into America’s worst communities a culture of traditional morality, rather than a culture of Black Lives Matter?

The problem with Black Lives Matter, and all other aspects of Progressivism when applied to the poor, is that these ideologies absolve America’s poorest people from taking responsibility for their actions. The problem is that, if one doesn’t take responsibility for ones conduct, one cannot change that conduct. It is a vicious cycle in which poor people have relatively decent material benefits (relative to history and geography) but tremendous moral and spiritual poverty that traps them in Dante-esque Hells, with Progressive gatekeepers who assiduously deny them the keys to freedom.

That’s my working theory. Please feel free to pick it apart, turn it inside out, challenge it, etc. Just be polite.