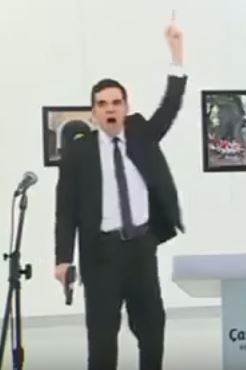 Is there any question that, when Mevlüt Mert Altıntaş killed Andrei Karlov in cold blood, he was doing so either at ISIS’s behest or as part of a lone wolf ISIS-inspired assassination? To me, this picture provides the only evidence one needs:

We’ve seen that gesture before:

The Islamic State militants, known as ISIS, are now using a single, raised index finger as the symbol of their cause. It’s a well-known sign of power and victory around the world, but for ISIS, it has a more sinister meaning.

Nathaniel Zelinsky writes in Foreign Affairs that the gesture refers to the tawhid, “the belief in the oneness of God and a key component of the Muslim religion.” More specifically, though, it refers to their fundamentalist interpretation of the tawhid, which rejects any other view, including other Islamic interpretations, as idolatry. Zelinsky writes that when ISIS uses the gesture, it is affirming an ideology that demands the destruction of the West, as well as any form of pluralism. For potential recruits around the globe, it also shows their belief that they will dominate the world.

Here are some examples: 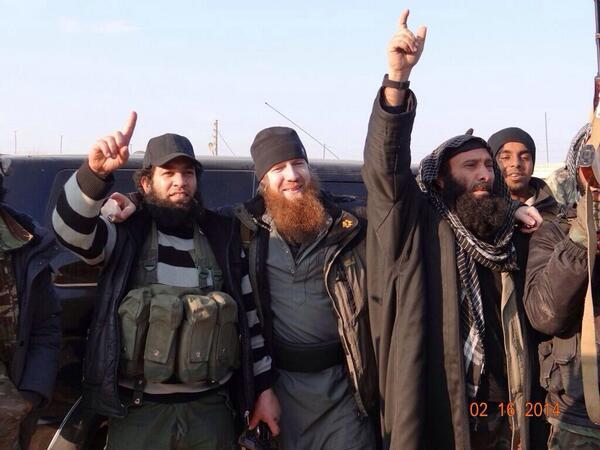 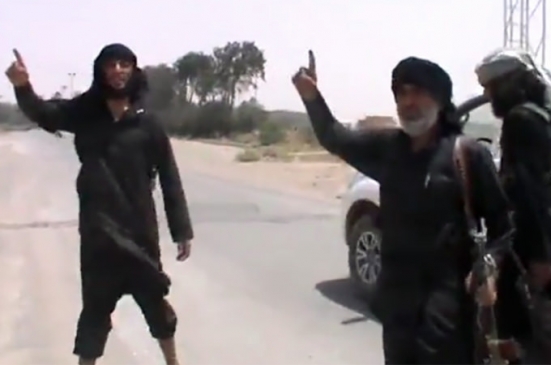 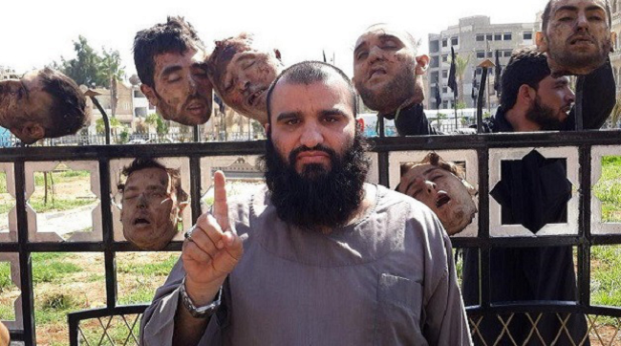 The video below, from which I drew the screen shot that opens this post, shows unequivocally how deliberate Altıntaş was when raising that index finger in the air. This was not a random hand gesture but was, instead, an unmistakable ISIS salute. If you watch the video, prepare yourself because, although the camera is on Ambassador Karlov’s face, the very first image in the video is of the expression on his face as he is shot:

I doubt that Russia will respond using the Obama method of blaming a video or begging for forgiveness from Turkey for having inflicted an Ambassador on this once civilized (and secular) nation. I fully expect Putin to make things very painful for Turkey and welcome whatever he does . . . provided that he stops short of igniting a full-blown war.

I don’t like either Putin or Erdogan, but I like Erdogan and his fundamentalist Islam a lot less than Putin’s autocratic KGB-ism. Both are systems that are antithetical to liberty, but at the moment, fundamentalist Islam holds a greater existential threat to the whole world, especially the First World.

UPDATE: JoshuaPundit (aka Rob) thinks there’s something even more nefarious going on than ISIS — or at least than ISIS acting alone. If Rob is right, things are very dangerous right now.