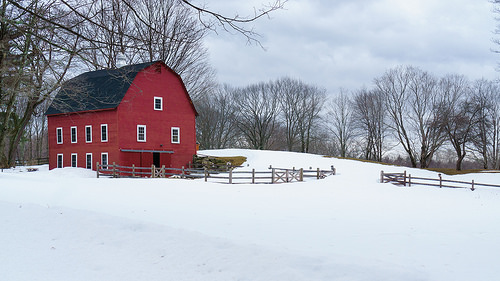 Yes, I know that it’s no longer Christmas anywhere until next year, but I still want to share with you Alan Jackson’s Let It Be Christmas Everywhere:

Here’s the story behind my sharing that video: My daughter loves Christmas carols, so she’s been taking advantage of Christmas playlists. We’ve listened endlessly to “Winter Wonderland,” “White Christmas,” “Sleigh Ride,” and all the pop song Christmas classics. None of the playlists offered “Baby, It’s Cold Outside.” Finally, having heard Andy Williams and even Nat King Cole once too often, I said, “Let’s listen to a Country Music playlist.” We did and discovered two things:

1. The above Alan Jackson song, which neither of us had ever heard before. (To be honest, neither of us had ever heard of Alan Jackson before.) We were completely charmed by the song. I realized that part of its charm is that it’s a waltz. There’s something invariably charming about waltzes, from Strauss, to Tchaikovsky, to Richard Rogers, to Alan Jackson. American pop music has no room for waltzes. America’s modern “high” art “classic” music has no room for waltzes. County Music, however, still makes room for that lovely, lilting rhythm.

2. You can still hear “Baby, It’s Cold Outside” on County Music playlists. Apparently Country Music fans are smart enough to realize that it’s a romantic flirtation song and that there’s nothing “rapey” about it.

My Christmas was nice. I’m now focused like a laser on the new year. I have very high expectations for the new year — including a hope that my most devout wish for the past many years will come true; namely, the total destruction of the UN. In that regard, you cannot do better than to read Daniel Greenfield’s strong essay explaining why we shouldn’t just stop funding the UN but should withdraw from it entirely:

The United Nations does only two things consistently and effectively: waste money and bash Israel. Sometimes it manages to do both at the same time.

After an extended, and no doubt costly, visit to the region, the UN Special Rapporteur on Violence Against Women blamed Muslim men beating their wives on Israeli settlements.

No wonder the UN Security Council just condemned them. Who wouldn’t rightfully be upset that Jews living in Jerusalem somehow causes poor Mohammed to batter his wife?

The Jewish State is the UN’s scapegoat for anything and everything. The Palestinian Authority blamed Israel at the UN for Global Warming. WHO denounced Israel for violating “health rights.” And even when Muslim terrorists stab Israelis, it’s still Israel’s fault.

The latest anti-Israel vote at the UN has led to calls to defund the corrupt organization which, even when it isn’t actively trying to hurt us or our allies, is making the world worse every which way it can.

Just this summer the UN admitted that it had spread cholera that killed tens of thousands in Haiti. Sexual abuse allegations against its staffers were up 25% last year. In the spring, the UN admitted that peacekeepers from three countries had raped over 100 girls in only one African country. That’s not the kind of international cooperation that any of the organization’s founders had in mind.

Here’s what we get for our $3 billion.

UNRWA schools are turning out students who want to fight for ISIS.  The UN’s email system has been used to distribute child pornography. UN staff members have smuggled drugs, attacked each other with knives and pool cues, not to mention a tractor. This month the UN marked Anti-Corruption Day despite refusing to fight its own corruption. The former President of the UN General Assembly was arrested on bribery charges last year. He had also headed UNICEF’s executive board. UN Secretary General Ban Ki-moon is battling accusations of bribery.