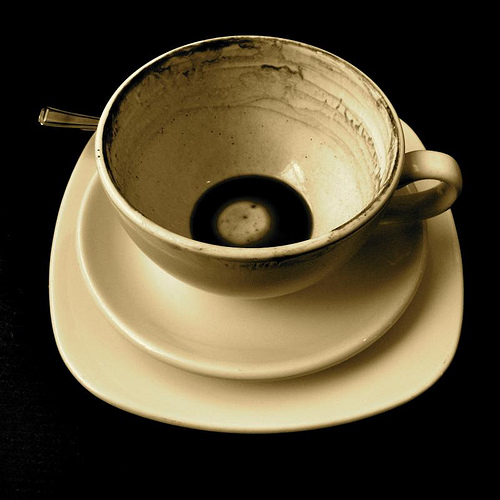 Weird year at the Bookworm Room and beyond. My year was bookended by the deaths of my mother and my mentor. Out in the bigger world, people are coping with the deaths of icons and, if they’re Progressives, the collapse of their fantasy political world.

To me, there are really only two big stories for 2016: Trump’s victory and Obama’s despicable, craven attack against Israel. Moreover, I agree that Obama’s not done yet. He’s been waiting eight years to destroy the Jewish nation and exact revenge against Netanyahu who has, consistently, revealed Obama to be a petty little antisemite.

Sudden silence on the Left. Now that Obama has outed himself as a full-bore antisemite, I’ve noticed that the Left has suddenly stopped claiming that Trump, the most openly philosemitic president in American history, is an antisemite. Before Obama’s perfidy revealed itself, Roger Simon wrote a post saying that, when Trump was initially able to block the anti-Israel resolution, suddenly Trump’s failing was being too pro-Israel. Not enough “tough love,” you know. I wonder how all those Progressive Jews are feeling now.

Obama betrayed an ally.  You know how you know that what Obama did to Israel was a betrayal? He did not come out and openly support the resolution, which he would have done if he’d been an honest man.  Instead, like the sewer rat he is, he hid behind New Zealand and Senegal, trying to hide the fact that it was he who was leading the attack against Israel. Jed Babbin does a nice job of articulating just how bad Obama’s sneak attack against Israel was.

The one good thing to come out of this.  I have been stridently arguing for years — on my “real me” Facebook — that the UN needs to be destroyed.  Perhaps Trump, finally, is the man to do it.  As Daniel Greenfield reminds us, the only thing the UN is good at is corruption and decadence. It’s shameful that any American money funds it and that it has any say in world policies.

Speaking of Trump and the UN, Trump went Shakespearean on it. Why do I say this? Because an insult he leveled at the UN reminded me of Benedict turning to Beatrice in Much Ado About Nothing and, in response to one of her insults, saying with mock surprise, “What, my dear Lady Disdain! Are you yet living?” Here’s Trump’s version:

The United Nations has such great potential but right now it is just a club for people to get together, talk and have a good time. So sad!

How bad have Progressives been since the election? Really bad. Warner Todd Huston explains.

The Cloward-Piven approach to regulations. Obama is quite possibly the sleaziest ever lame duck president.  Many presidents try to make a bit of a mark on their way out. Only Obama, however, screws an ally abroad and, at home, tries to make it impossible for his successor to govern. Perhaps in the first week, Congress can pass, and Trump can sign, a law invalidating all regulations passed during the Obama administration.

Obama and the press. The press loves Obama. Obama does not love the press back. James Risen, from the New York Times of all places, likens Obama to Nixon when it comes to dealing with the press.

Silence of the Ducks.  I have a friend who’s a rabid Ducks fan — and a conservative. I can’t imagine her being happy about the University of Oregon’s new speech code, which allows every person’s emotional sensitivities to censor speech.

Bryn Mawr conservative hounded out of school.  How dare anyone be a Trump supporter at one of our diverse, sensitive, safe space institutions of higher education? She must be destroyed.

Helping Progressives fly safely.  The People’s Cube has imagined what a safe flight would be for Progressives. Quite funny.  It’s also created the perfect logo for those vicious snowflakes:

Oh, my gosh! The new boss is scary.  Trump is the new boss for agencies such as the DOJ or EPA. The American people are his employers and they appointed him to the job. The employees at the EPA, however, are a little unclear about that whole employee-boss thing. Mike McDaniel explains what the EPA employees are up to and just how wrong they are.

You know what fascists do? Fascists take citizens’ guns away so that the citizens cannot protect themselves when the government goes full tyrant. That’s why Germans should be very worried that Merkel, having opened the gates to the killer barbarians, is now trying to figure out the best way to disarm the Germans.

It’s okay for Trump to rebuild infrastructure. Obama’s infrastructure re-building stimulus was a scam, aimed at steering taxpayer money to his greeny cronies. However, to the extent that America’s infrastructure is crumbling — its roads, bridges, non-hardened electrical grids (vulnerable to EMP attacks), etc. — we have a ton of real infrastructure that needs repair. Donald Trump can make it happen with intelligent spending and with a significant lessening of work killing government regulations.

And that’s all for now. Sorry for this uninspired post. We’re leaving in a couple of days for a big trip and my family is looking to me for all the prep. Whew!