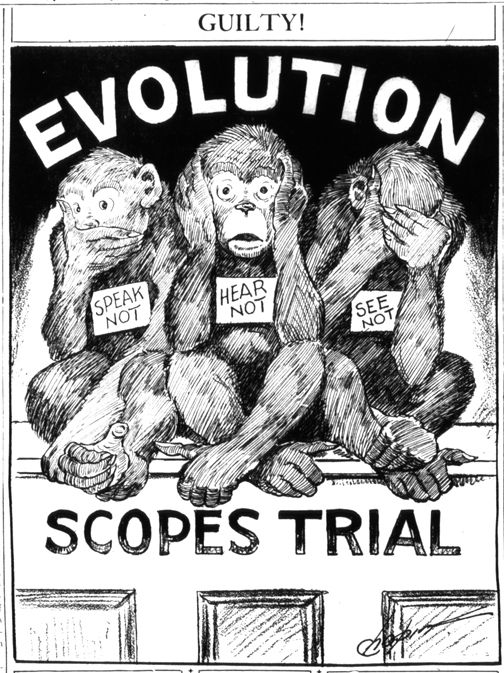 The 1925 Scopes Monkey Trial was a show trial pitting science against faith. The upcoming March for Science shows that science has become a faith. 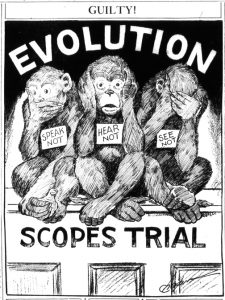 In 1925, the “Scopes Monkey Trial” transfixed America. It wasn’t actually a “real” case, insofar as substitute teacher John T. Scopes did not even know whether he had taught evolution in a Tennessee classroom, an act that would have violated a Tennessee law mandating that Tennessee schools stop teaching evolution in favor of the Biblical creation story.

The ACLU, which sponsored the case, actually suborned perjury in order to make it appear that Scopes had violated the law. Tired, old Williams Jennings Bryan, of “cross of gold” fame, appeared as the prosecutor, squaring off against a still-vital Clarence Darrow. Bryan was so old and tired, in fact, that he died only five days after the trial — which took place during a punishing Tennessee summer in an oppressively hot court room — came to an end.

Based upon the ACLU’s false testimony, the jury returned a guilty verdict against Scopes. It had to. The law was the law and Scopes and the ACLU made damn sure there was massive evidence showing that Scopes violated the law.

The verdict, of course, was irrelevant. The point of the trial , which made it into every major and most minor American newspapers, was to put the “religion versus science” debate before the American people in such a way that science was sure to win. That win was something of a foregone conclusion.

In the post-WWI Roaring Twenties, America was an increasingly secular nation and one, moreover, fascinated by scientific progress in the late 19th and early 20th centuries. With Darrow pushing science, and America’s newspapers anxious to join in, the case never actually took place in the Court. It was always a media phenomenon.

Now, in the 21st Century, with Trump working to rein in an out-of-control EPA, one that is far exceeding its mandate and the actual laws of the United States of America, Progressives are looking for a Scopes Trial re-do. They’re hoping to use modern media — the internet and television — to convince ordinary Americans that we’re witnessing an epic battle between bright, clean, modern science, on the one hand, and dark, hate-filled, ill-informed faith on the other. Take, for example, this email from the American Geophysical Union, which a reader was kind enough to send me:

Following the inauguration of President Trump, a number of scientists—concerned with communications and actions taken by the new Administration and Congress—began an online dialogue about ways to publicly support science within the new political environment. From these discussions, the March for Science was born.

Scheduled to take place in Washington, D.C. on Saturday, 22 April (Earth Day), the March has gained considerable non-partisan support with thousands of scientists, students, allies, and science supporters pledging to converge on the nation’s capital. As the March has grown in size and visibility, many AGU members began asking what AGU’s role would be. After much consultation, AGU’s Executive Committee has decided to formally endorse the March for Science.

In a recent From the Prow post, penned by AGU President Eric Davidson, and President-elect Robin Bell, AGU lays out our case for support of the March and how the goals of the event strongly align with and reinforce AGU’s own mission and our core values of scientific integrity, the free and open exchange of science, and diversity and inclusion. It also discusses the situation regarding numerous satellite marches planned throughout the world. It may also interest you to see our formal press release to the media.

This decision reflects AGU’s long-standing commitment to support science and its role in the evidence-based policy-making process, as well as AGU’s current efforts to address the implications for science and education in the U.S.’s current political context. Since the election, for example, AGU leadership, with the support of our members, has sought to counsel the new administration about choosing a science advisor; called upon federal agency heads to protect scientific integrity and the open communication of scientific information; promoted a bipartisan geosciences caucus in Congress, and expressed concerns about the impact that President Trump’s Executive Order, “Protecting the Nation From Foreign Terrorist Entry Into the United States,” could have on science in the United States and worldwide. [Bookworm here: I hope you appreciate, as I do, creeping intersectionality, as this morphs from — ahem — “science” to objecting to a temporary ban on refugees from terror-sponsoring states.]

We are planning a variety of ways to engage and support you before, during and after the March for Science. More updated information will be forthcoming, so be sure to check AGU’s website for the latest updates. And send your ideas and suggestions about the March to us. However, there is no need to wait until April to get involved! Both before and after the March, we encourage you to raise your voice in support of science.

Work on your personal narrative for why science is important. [Bookworm here: “Personal narrative” — now there’s a term right out of the social justice warrior’s handbook. This is not science; it’s navel gazing wrapped in a disguise falsely dubbed “science.”]

AGU galvanizes a community of Earth and space scientists that collaboratively advances and communicates science and its power to ensure a sustainable future.

Despite the Clarence Darrow posturing, which is nicely augmented with 21st century social justice warrior emoting, the Progressives’ vision of themselves as 21st century Clarence Darrow’s is doomed to fail. Outside of the Left’s Blue urban islands, the American people have figured out that history is not repeating itself.

The party calling itself “Science” is, in fact, the party of faith. It’s the one that is refusing to allow debate, it’s the one that persists in its belief all evidence to the contrary, it’s the one that refuses to acknowledge that its predictions have consistently failed to come true. If you doubt me, just spend a few hours reading Watts Up With That, which relies on actual facts, rather than computer predictions and apocryphal opinings that every heat wave or rain drop proves those computer predictions. GIGO is shown to be a real thing at Watts Up With That.

If the whole climate change shtick were real science, what would have happened when the predictions failed is that real scientists would have gone back and examined the theory and the predictive data. Our modern faith-based “scientists” have, instead, doubled-down on their failed theories and predictions, all the while assuring everyone that they just “need to believe.” It’s like Tinker Bell science. If you believe in Climate Change, clap your hands, and it will magically be resurrected.

But this is not Neverland. As fewer people are willing to clap their hands, the faith-based “scientists” have resolved to take to the streets to prove to the public just how powerful their belief system really is. Honestly, part of me hopes some of them go full medieval, strip down to their hair-shirts, and flagellate themselves as they go. Now that would be a Lefty march worth watching. 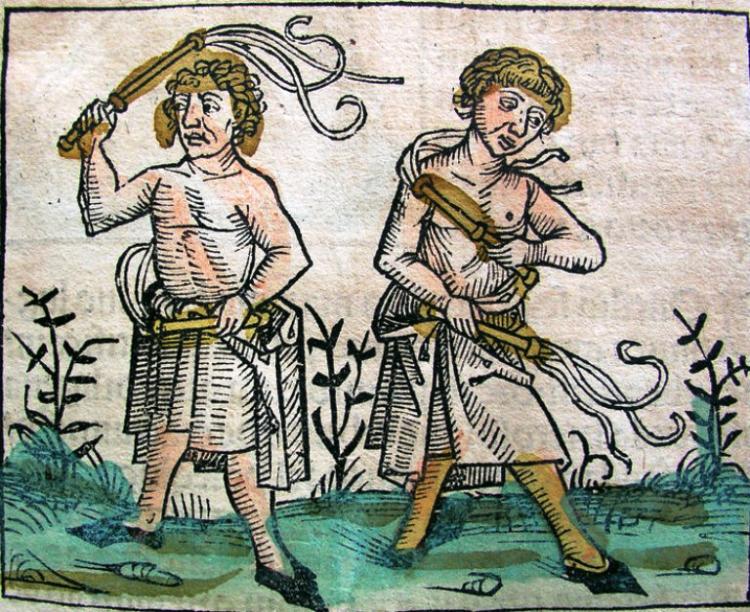 Not only have Americans realized that the data doesn’t support the alleged science, they’ve also noticed that, rather consistently, the money for climate change remediation has flowed from hard-pressed taxpayers into the hands of Democrat-party cronies. Blue communities get richer; everywhere else gets despoiled in the name of “science.” And the weather never breaks out of its historic patterns despite all of the billions spent.

Americans have also realized that science existed before the EPA funded it and it will exist after the EPA is trimmed back. The last eight years are the anomaly, not the norm. Indeed, science will do better without government. The Soviet’s Lysenkoism is good evidence that, when science is beholden to government funding or government threats, it ceases to be science.

Next month, the shrill voices of true believers masquerading behind the misnomer “science” will echo through the high-rise canyons of America’s blue metropolitan areas. I doubt, though, that the American public is going to view this as the new Scopes Monkey Trial. They know a con when they see one — and the data is showing that, this time around, the con comes from the so-called science community.

UPDATE: And right on time, a perfect article about the Left’s magical thinking in lieu of actual science.