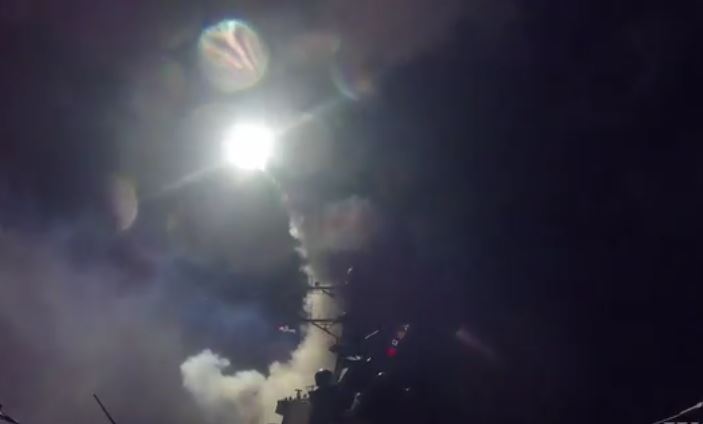 As Passover nears, it’s time to take stock of the wonderful things President Trump has done, each of which, on its own, should please conservatives. Dayenu!

Here’s a short sampling of the lyrics:

Verse 1:
If He had brought us out from Egypt,
and had not carried out judgments against them
— Dayenu, it would have sufficed!

Verse 2:
If He had carried out judgments against them,
and not against their idols
— Dayenu, it would have sufficed!

Verse 3:
If He had destroyed their idols,
and had not smitten their first-born
— Dayenu, it would have sufficed!

And here’s the Maccabeats’ delightful version of Dayenu, which will give you a nice sense of the song:

You can read more here about the song, including the miracles it recites, with each miracle being sufficient unto itself, without the necessity of anything more.

If you were to see my calendar, you’d see that I have a notation on it for Sunday: “Write Dayenu post about Trump.” As written, my words can be taken as blasphemous (am I calling Trump a God or even the God?) or tremendously insulting (will I say he’s the new Pharaoh?).

Neither interpretation is true. What I intended to write was an antidote to the relentlessly bad press Trump is receiving from a MSM that has given up any pretense of objectivity and acts openly as an arm of the Democrat party. Despite that coverage, I’ve been paying attention to all of the tremendous things Trump has accomplish in his first days in office, many of which have been flying under the radar, some of which are not fully appreciated, and others of which are out-and-out wonderful.

It turns out that, if you snooze, you lose — or, in this case, maybe I won. While I was waiting for April 9 to do my write-up, on April 5, 2017, Dennis Prager actually wrote the post about the core conservative things Trump has accomplished in just a few months. Moreover, although he didn’t use the word “Dayenu,” he was certainly thinking along those lines:

He has repealed many of President Obama’s energy regulations that would have strangled the American economy. He doesn’t believe that carbon-induced warming of the planet will destroy the human race — the greatest of the innumerable hysterias the left manufactures and then believes in.

He has appointed a woman who, as a billionaire, could have easily devoted her life to enjoying her wealth but instead has fought for American students and their parents to be able choose their schools just as the wealthy do. And he has taken on the teachers unions, the only group that has ever given American teachers a bad name.

He has appointed as ambassador to the United Nations a woman who is calling the U.N. the naked emperor that it is. And now, America is backing, rather than subverting, Israel in that benighted institution.

By building a wall along our southern border, he is reasserting the belief that America actually has borders.

And then there is tax reduction and simplification so that private citizens can keep more of their money and corporations can be far more productive.

Where I would have written “Dayenu,” Prager opted to say “Isn’t that reason enough for conservatives to celebrate his presidency?” Why yes, it is.

At the time Prager wrote his article, Gorsuch was still in the midst of the nomination process. Today, Gorsuch is just waiting to be sworn in as a justice on the Supreme Court, filling the seat Justice Scalia vacated with his untimely death. Trump kept his promise on that one and then some. If, as rumors suggest, Justice Kennedy steps down, we can assume that Trump will appoint another conservative, which will give the Court a strong conservative majority, without a swing vote who seemed to be moved more by emotion than by law. Moreover, if Justice Ginsburg decides that her work is too onerous . . . well, I can dream, can’t I?

Another Dayenu moment happened yesterday when Trump launched dozens of missiles in a targeted strike against Assad’s air capabilities. For those wondering why it was a matter of America’s national security to do so, the answer is that the civilized world cannot let anyone get away with using chemical weapons. North Korea may be rattling its nuclear sabers, but we know that it has chemical weapons in its arsenal. So do other bad actors around the world.

Obama gave these rogue regimes tacit permission to proceed when he drew a red line about chemical warfare and promptly erased it when real world events caught up with him. Trump has withdrawn that permission. If you use chemical weapons in the Trump era, you will pay a price. It will be swift and it will be overwhelming.

1. President Trump just solved for the allegation that he is Putin’s puppet. He doesn’t look like Putin’s puppet today. And that was Trump’s biggest problem, which made it America’s problem too. No one wants a president who is under a cloud of suspicion about Russian influence.

2. President Trump solved (partly) for the allegation that he is incompetent. You can hate this military action, but even Trump’s critics will call it measured and rational. Like it or not, President Trump’s credibility is likely to rise because of this, if not his popularity. Successful military action does that for presidents.

3. President Trump just set the table for his conversations with China about North Korea. Does China doubt Trump will take care of the problem in China’s own backyard if they don’t take care of it themselves? That negotiation just got easier.

4. Iran might be feeling a bit more flexible when it’s time to talk about their nuclear program.

5. Trump’s plan of a Syrian Safe Zone requires dominating the Syrian Air Force for security. That just got easier.

6. After ISIS is sufficiently beaten-back, the Syrian government will need to negotiate with the remaining entities in Syria to form a lasting peace of some sort that keeps would-be refugees in place. Syria’s government just got more flexible. It probably wants to keep the rest of its military.

7. Israel is safer whenever an adversary’s air power is degraded.

Read the rest here. In it, Adams discusses the down sides of the strike, but concludes that they are negligible compared to the benefits. I agree with Adams about these low-level downside risks.

As it happens, I also agreed when Adams wrote yesterday that there was a possibility that the chemical attack was a rebel chemical strike on its own side for propaganda value. Nothing that comes out of that region can be considered true in the first instance, or even the second, third or fourth. Moreover, the actors in the Syrian civil war are all equally bad people, with neither side having compunction about attacking its own innocent civilians in order to score propaganda points. Regardless of the truth on the ground, though, Trump sent an important message.

While Adams lists specific benefits from the strike, he leaves out the global message that Trump spent: The days of dithering, of intellectual angst, of moral relativism, and of leading from behind are over. There’s a new sheriff in town who acts quickly and decisively when world norms are violated. He doesn’t bother with meaningless platitudes or, worse, empty threats.