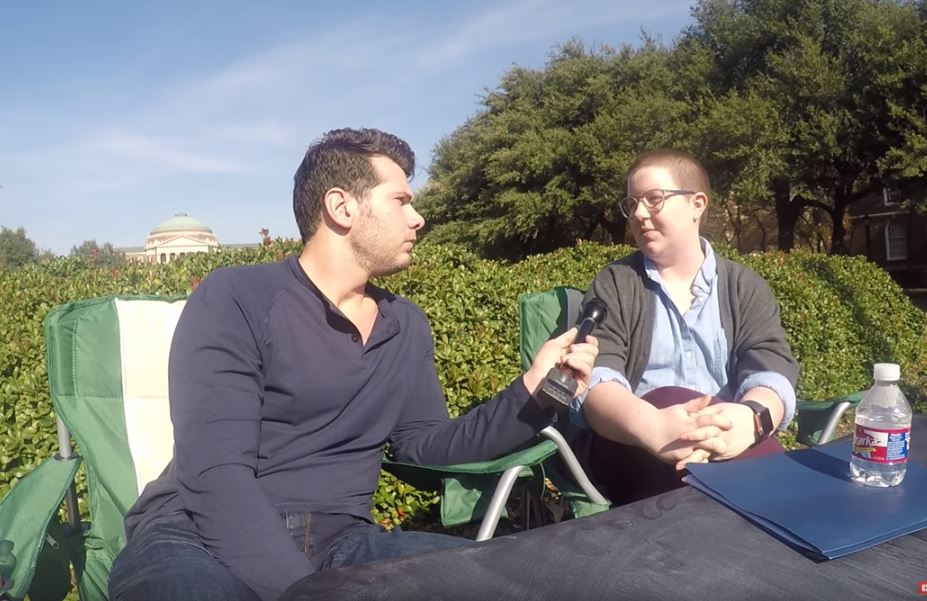 Steven Crowder politely asks passers-by to change his mind that there are more than two genders. Armed only with feelings, the youngsters struggle and fail. 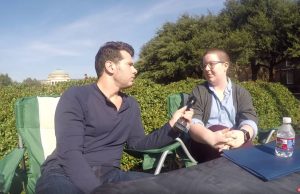 One of my favorite sayings of all times is Dennis Prager’s maxim that he prefers clarity to agreement. When his show used to air on local radio here (and I was constantly in the car ferrying children about), I’d see his invariably respectful questions cause his guests either to collapse in an incoherent heap, get terribly defensive, or surprise themselves by discovering that they don’t agree with their own stated principles but, instead, agree with Prager’s.

Steven Crowder takes this approach to college campuses in his “change my mind” video series. Acting through the campus Republican organizations, he obtains permission to sit at a little table and ask passers-by to change his mind about hot topics. To date, he’s done these videos on guns, hate-speech, abortion, and the number of available genders. It’s this last one that caught my eye.

I’ve blogged frequently here about transgender madness. If you’d like a sense of my position on the number of available genders, you can check out this post,this one, or this one. In brief, I think there are two, aside from a very small number of genetically intersex people. I recognize that there are feminine men and masculine women — and people who wish they were a member of the opposite sex — but that does not mean that they are, in fact, members of the opposite sex or no sex whatsoever. I was therefore interested in Crowder’s experience.

What I saw really depressed me. The longer our young people are in school, the more likely they are to believe nonsense — and, in this case, the nonsense is that wishing makes it so and that people, once having created their own wish-filled reality, may use government force to coerce everyone else into believing it as well. While the young people to whom Crowder spoke forced themselves to acknowledge chromosomes, each truly believed that “because feelings” is a rational and convincing argument sufficient to make someone (that would be Crowder) agree that people must be forced to accept another person’s “non-binary gender identity” and should suffer consequences for failing to do so.

As you’ve probably realized we are at a critical hinge point for the First Amendment. If the Supreme Court rules that a baker must show respect for someone’s sexual choices by jettisoning faith and engaging in coerced speech, it’s not going to stop there. The inevitable next step is to mandate that speech predicated on the idea that there are only two genders is an act of violence subject to criminal prosecution. Heck, those laws are already in place in New York City and the whole state of California.

Anyway, here’s the video. It’s long, but worth watching because of the insight it offers into America’s college thinkers: