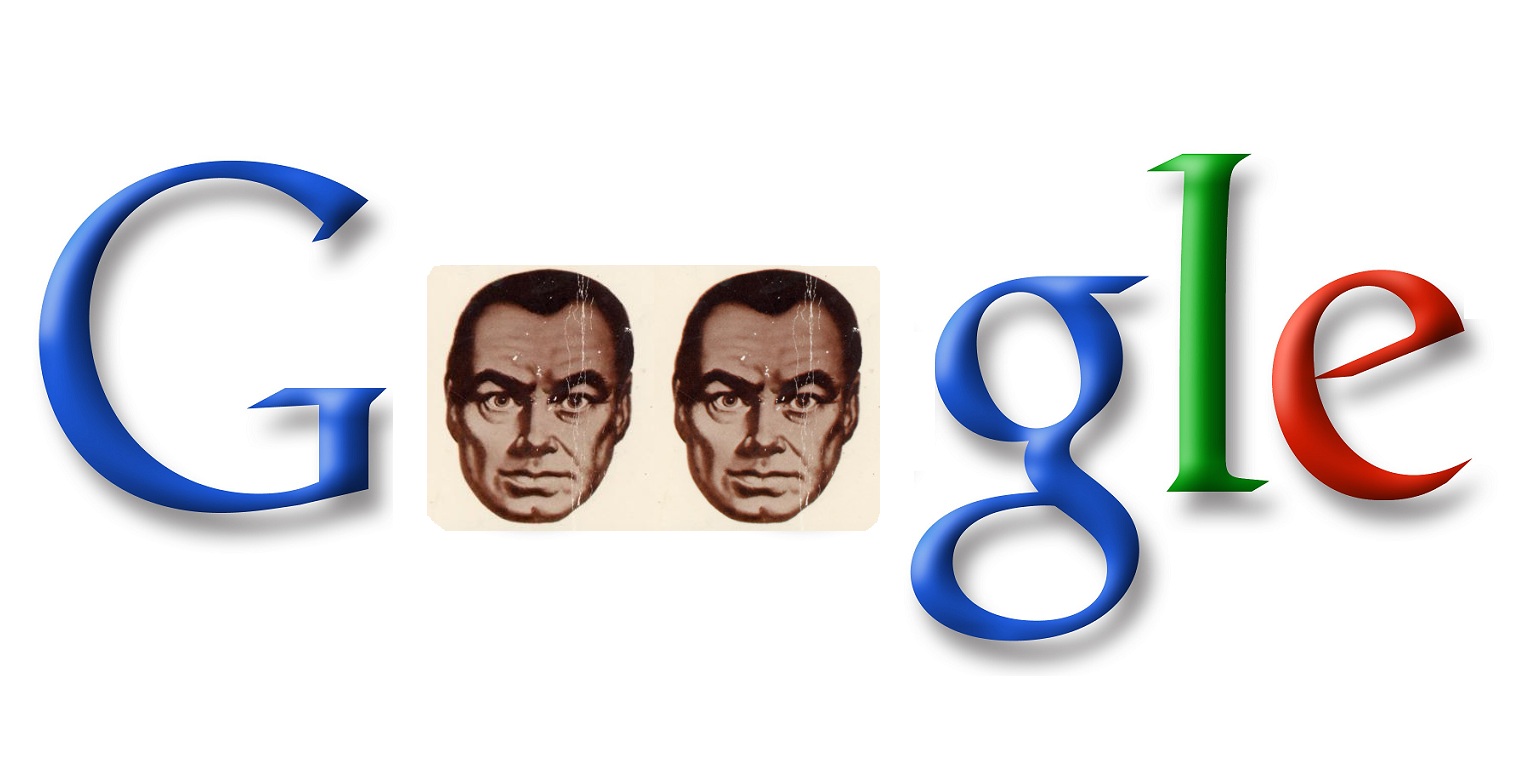 Damore’s and Gudeman’s lawsuit against Google reveals an Orwellian world in which intolerance = tolerance and intellectual diversity = thought violence.

One of the things that made George Orwell such an extraordinarily good writer was that he put clever, memorable phrases in the mouths of tyrants to expose the vast hypocrisy underlying totalitarian thought, all of it expressed through folding, spindling and mutilating language:

“War is peace. Freedom is slavery. Ignorance is strength.”

“Doublethink means the power of holding two contradictory beliefs in one’s mind simultaneously, and accepting both of them.”

When not writing in character for his novels, Orwell’s essays described what totalitarian “thought leaders” were doing and the consequences flowing from their linguistic manipulation and misleading slogans:

“Political language — and with variations this is true of all political parties, from Conservatives to Anarchists — is designed to make lies sound truthful and murder respectable, and to give an appearance of solidity to pure wind.”

“In a time of universal deceit, telling the truth is a revolutionary act.”

“Orthodoxy means not thinking — not needing to think. Orthodoxy is unconsciousness.”

I won’t belabor the point. You get the drift.

I mention Orwell because Google, a company that has a disproportionate hold on the flow of information in America and that willingly misrepresents and censors information caught in its net, is a company that has achieved Orwellian perfection among its upper echelon employees. This is not guesswork on my part. I know this because I took the time to read the 161-page complaint that James Damore and David Gudeman filed against Google claiming workplace discrimination against them based upon race, gender, and diversity of thought.

The complaint does not make for pretty reading. That’s not the fault of the attorneys who wrote it. For attorneys, they did a very good job.

The reason it is such a disturbing document is because it’s very clear that a significant majority of Google’s upper management — and it goes without saying that these employees are all products of modern academia — are hard Leftists and vigorous Social Justice Warriors. They subscribe enthusiastically to a world  that uses censorship in the name of “freedom,” “peace,” and “knowledge.”

For me, two documents produced in the complaint stand out for their purely Orwellian content. The is on page 14 (see complaint, below). It is one senior employee’s response when James Damore wrote a memo, strictly for Google consumption, questioning the way in which Google was hellbent on advancing women and minorities to achieve quota “diversity,” whether this tactic was legal or effective, and even though the tactic promoted paralyzing group-think (red highlight box added): Orwell could not have imagined anything better. Allow me to paraphrase the first highlighted paragraph: “If we’re going to have true diversity and inclusion, then this company must exclude, through firing or discipline [whips? chains? starved dogs?] all people who challenge our diversity.”

Altman’s second paragraph does not need to be rephrased. It is the essence of Orwellian purity: “This will send a message that we have zero tolerance for intolerance.” Altman only forgot to add “All animals are equal but some animals are more equal than others” and “War is peace. Freedom is slavery. Ignorance is strength,” to complete the thought.

On Google+, Altman declines to identify a gender, stating only “person.” Since I’m old-fashioned, I’ll stick to the traditional pronouns for something that is neither a “he” nor a “she” — “it.”

Altman is not a product of America’s education system; instead, it is a graduate of Israel’s prestigious Technion (it’s Institute of Technology). Regardless of alma mater, Altman is a true Social Justice Warrior. After all, Israel has always had its hard Left and there’s nothing like being a gender nonconforming queer to tap into that zeitgeist, no matter ones place of learning.

Here’s Altman explaining the acute paranoia that obviously justified its attack against Damore:

I am a genderqueer green card holder from Israel.

I moved to the US in 2007 in search of an academic career, but in 2010 decide to join Google and apply for a green card. While I am not a national of the 7 countries mentioned in Trump’s ban, I am scared.
In May 2016, while returning from a vacation, I was interrogated at a US point of entry. I was told to leave all my belongings behind, including phones and laptops. My passport and green card were taken away and I was told to wait in a small room, unable to contact anyone, with an American who brought Cuban cigars. When my turn finally came the immigration officer asked why I didn’t look like my picture and asked some more simple questions about my occupation and my ID. He asked for my CA driver’s license which had the same photo. I asked the immigration official why does the photo even matter when they have verified my fingerprints. He didn’t answer. After some more questioning I was released with the immigration officer telling me to “get a new photo”. Later that year, I did.

Tomorrow I am going on an international business trip. I told my team members I honestly do not know if or when I will return.

Rumors are that an EO will require me to submit social media sites, and immigration agents are already questioning green card holders and citizens on their loyalty and political views. Black Lives Matter, a movement I support, may be declared a terrorist organization.

If I get deported, it would be to Israel, a country that is in the midst of its own extreme right-wing takeover. Benjamin Netanyahu is a big fan of Trump, and is emboldened by this regime. I honestly do not know if I will be safe there.

In fact, Altman is a dime a dozen Lefty. Perusing its Google+ page, one learns that it supports abortion, demands socialized medicine, hates Trump, would have voted for Hillary if it could have, and generally thinks in perfect sync with all “genderqueer, poly, heteroflexible, childfree, feminist” beings. Now remember that this person is having a say in Google content.

Altman is not alone, of course. Climbing higher up the Google ladder, one meets other nascent Big Brothers who believe that the only way to create peace, freedom, strength, and diversity is to destroy anyone who dares challenge the Social Justice paradigm. Here’s Colm Buckley (at page 16 of the complaint), saying that any deviation from the social justice norm is itself violence, to which violence is the only appropriate response: The complaint explains that Buckley holds a high-ranking “SRE” (Site Reliability Engineering) position. If you think he doesn’t have a say in content, I’m sure he and those who work with him will differ. By the way, proving as did Altman that it’s not just American academia that’s insane, Colm is an Irish Social Justice Warrior, hailing from Trinity College, Dublin.  You can get a taste of his politics from a few of his Google+ posts: This last one, though, this is the one I love most. The same person who openly threatens violence against Damore for “wrong thinking” earnestly advocates “kindness.” (Obviously, we’re talking the Orwellian definition of kindness, which means something like “beating the snot out of people with whom you disagree equals kindness”): Here is the complaint should you wish to read it yourself. Big Brother would have been proud of the company that Google built.

As for me, I’m sad. I’m sad to see that one of the most powerful corporations in the world has this mindset. And I’m sad that these nasty little people are capable of creating such excellent products, products that I have come to rely on a great deal: email, maps, calendars, easily shared documents, photo storage, etc. I hope that the lawsuit encourages a change in ideology. Meanwhile, I’m going to have to think long and hard about giving up products that do indeed make my life better.