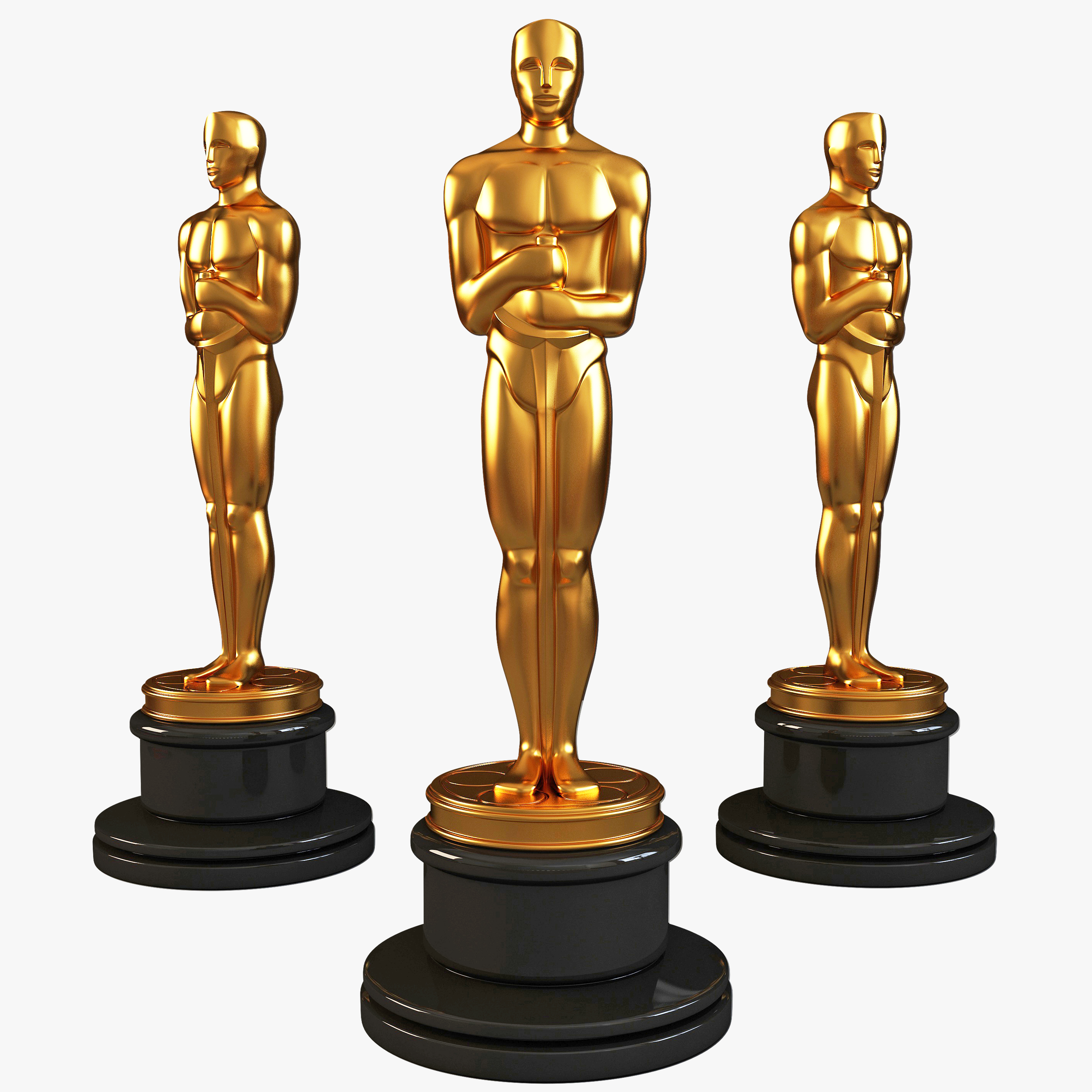 Once upon a time, a critical mass of Hollywood men had military experience. What we see now are men without chests longing to be men without penises.

I suspect that few of the people reading this post watched last Sunday’s Academy Awards show. If you’re like me, you might have seen only one or two of the movies nominated and you were uninterested in watching people of dubious morality and intellect trumpet their values while simultaneously demeaning yours and then going the extra mile to insult you directly. While the Academy Awards were once an industry’s fun, exciting celebration of its contribution to America’s common culture, the Oscars are now nothing more than a bizarre, televised trade show about an industry that every year offends and bores more people.

Looking at the people both onstage and in the audience, all of whom have received a tremendous share of America’s bounty, thanks in large part to the Americans who idolize or simply enjoy them, one has to ask why Hollywood is so divorced from and hostile to America. After all, most of these habitues of the film world grew up all over America and theoretically should better reflect American values.

The easiest answer (I think) is Hollywood’s ties to academia — and we all know that academia has gone completely off the rails into cultural and economic Marxism. It was a localized infection but now, through generations of graduates, the infection is spreading throughout the American body.

We see this infection everywhere. Someone commented here that his father worked in upper level management at a large corporation, and was the last management person who rose through the ranks rather than having stepped into the jobs straight out of college. It’s those credentialed managers who have turned the American marketplace upside down, so that, where Americans might once have boycotted a corporation for having Nazi ties or refusing to serve or employ blacks, now corporations are boycotting Americans for failing the social justice purity test.

Hollywood’s particular anti-American boycott is a useful microcosm of the damage academia does to America because Hollywood is so visible. It’s not just visible — it forces itself upon us. It uses tried and true communication tactics to impose its views on every aspect of American life. It’s like a petri dish of social justice bacterial growth.

The most prominent people in Hollywood — upper level management or big name actors — either attended college in the last 40 years or desperately wish they had. The former come equipped with the whole panoply of social justice ideology, including its America-hatred, victim mentality, and racial obsessions. The latter, dogged by the feeling that they are intellectually inadequate, not only ape those ideas, but they obsess about and expand on them. “I’ll see you your Yale social justice education and raise you my uninformed emotionalism.”

Beyond the easy answer, I think there’s something else that makes Hollywood worse than the rest of America. Outside of Hollywood, even those who become infected with social justice ideas in college, have to face the real world: real bosses, real mortgages, real childcare issues, etc. Unavoidable reality tends to have a clarifying effect.

In Hollywood, though, once you float to the top of the hierarchy, reality changes. Not only do you avoid the day-to-day demands of ordinary living, but you also spend your life playing pretend. What does it matter if in real life you’re short, drink too much, treat people abusively, or follow strange new-age religious fads. All that matters is that, on screen, you’re unbearably gorgeous and sexy and strong. Life revolves around make-belief, not reality.

At this point, if you want to push back against where I’m going, you would say, “But Hollywood has always been plagued with money, fame, and adulation. We know now that some of the past’s biggest stars were seriously weird people. Why weren’t they also easy marks for the communists who started gravitating to Hollywood in the 1930s?”

I wonder if a new Facebook page, which I highly recommend, provides an answer to that question. The page is called Famous People Who Served In The Military. What’s so fascinating about it is learning how many Hollywood stars through the 1970s, those whom we watched on big screens and small, had military experience. Here are just a few examples, some of which are probably familiar to you and others of which may come as a surprise:

There are dozens more people on the Facebook page and I know you’ll get a kick out of scrolling through it. The examples above, though, should be enough to show that, in pre-modern Hollywood, military service cut a broad swath, sweeping in men and women of all backgrounds, races, and creeds. As they matured, these people ended up spanning the spectrum of political belief systems (think of Jimmy Stewart and Henry Fonda, who were once close friends before their politics diverged). Nevertheless, even those who were the furthest Left in the beliefs (such as Norman Lear) or who suffered most because of their race (any of the black entertainers who served before the Civil Rights movement), still loved their country. They stepped up when called. They put their values into action.

What you’ll also notice is that modern Hollywood is not represented at Famous People Who Served In The Military. Admittedly, the Facebook page is new, so it might take a while to put up posts about modern Hollywood, but timing probably isn’t the issue. Barring Tom Selleck and Drew Carey, I’m hard-pressed to think of any big Hollywood name with any military experience. I’m pretty certain that, of those standing on the stage for the Oscars or those in the audience clapping every SJW statement and every insult aimed against normal Americans, few, if any, have served in the military.

Why does it matter that today’s actors and Hollywood management haven’t served? I think C.S. Lewis, writing about “Men Without Chests,” has the answer. I’m not a very philosophical person, so I won’t bore you with my efforts to distill Lewis’s sophisticated and complex argument. Fortunately, I found a very nice discussion about what C.S. Lewis meant:

Lewis explains that up until recently our emotions and observations were connected to something real, something objective.  Our observations could be judged to be right or wrong as they were compared to the reality of that which was being observed or judged.  He explains that every culture had an understanding of a good that is beyond the physical world and that is objective in nature.  He illustrates this by using the Chinese concept of the Tao, “the reality beyond all predicates”, or as Plato called it, the forms.  Again, he uses the Tao not necessarily as a reference to Chinese thought, but to a concept that he says spans all major worldviews and that represents an objective reality beyond the physical world.  Readers can get tripped up on this concept and I will say that I am not in full agreement with Lewis’ presentation of this concept; however, it is helpful in understanding that there is a reality beyond this physical world that can be understood and grasped by us.

It is those who not only deny this reality but also convince others that this reality is no reality at all that Lewis calls men without chests. These people claim the title of intellectual and yet set out to destroy.  In destroying a person’s confidence in being able to grasp objective truth and in the very existence of objective truth, these people destroy hope, meaning and purpose in the person’s life as well.  If there is no objective truth, there can be no real meaning to life.  Morality becomes a quaint concept with no grounding in reality.

Pre-Marxist Hollywood had a substantial cohort of men and women who had experienced the real and objective. While some of them served stateside or during peacetime, all of them had trained for the worst and were prepared to face it. Many of them — David Niven, Jimmy Stewart, Clark Gable, Charles Bronson, etc. — had indeed faced it. They lived in a real, objective world, one in which words and actions have life-changing consequences. They had stared down evil and returned knowing that America, even if imperfect, was still the best game in town. They were men (and women) with chests because their belief systems aligned, sometimes in the brutal and violent theater of war, with the objective world.

How different those past celebrities are from modern Hollywood stars. Today’s stars came to Hollywood young and uneducated, or young and university educated, and quickly got swept up in Hollywood’s endless fantasy, virtue signalling, moral preening, and complete disconnect from real life. While old Hollywood stars lived on streets down which ordinary people could walk, today’s Hollywood stars live high in the hills in impenetrable mansions. (I don’t blame them for this, given security concerns, but it does make them ever more disconnected from the real world.) Living above normal people is both a fact and a very symbolic act.

At some deep level, Hollywood’s most famous and powerful people know that they live meaningless lives, but they don’t know what do to about that inner emptiness. Worse, the artificial world they inhabit means that, when they look for answers, all they come up with is fakery and lies. Absent anything real, they put their faith in the Leftist nostrums their university-educated cohorts spout, unaware that those nostrums are as fake as everything else in their world.

I’ll leave you with this thought: C.S. Lewis wrote about the existential horrors of “men without chests.” Jimmy Kimmel, who once made a living on The Man Show having women grope his crotch, now opens the Academy Awards by looking to Oscar, the golden statuette, as a role model:

Keeps his hands where you can see them, never says a rude word, and, most importantly, no penis at all. He is literally a statue of limitations.