Honestly, I don’t know where the day went. Here it is, after 8 in the evening, and although I’ve been busy all day, I can’t quite put my finger on what I did. The one thing I didn’t do, though, was blog. However, I’ve tagged a lot of things I’d like to share with you. This will be a quick rundown:

Queers for Palestine are idiots. Islam is not a religion friendly to the LGBTQ+ crowd:

The only place in the Middle East that is friendly to the LGBTQ+ crowd is Israel. Unfortunately, intersectional nonsense means that way too many LGTBQ+ people are this stupid: 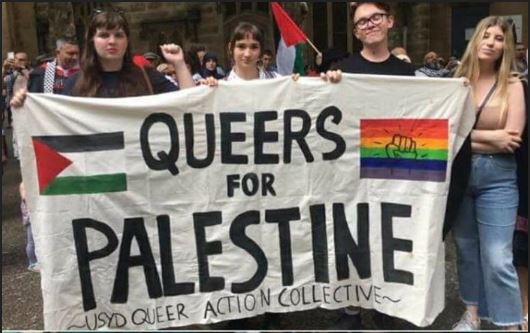 They are, in a word, useful idiots.

The #MeToo movement was to cull the herd. Dems leaped all over the #MeToo movement, but it’s obvious that they didn’t mean it. Sure, they got rid of a few problematic people (culling the herd), but mostly they still follow the line from the 1990s, which is Dem men get a pass if they support abortion. There are two stories today proving that point:

The “party of science” denies DNA. Barring an infinitesimally small number of aberrations, chromosomes allow for only two genders — male and female. However, academia in the form of the American Association of University Professors, who purport to represent “science” and “knowledge”, now officially rejects . . . science. So we get this opposition to Hungary’s decree that it will no longer support gender studies programs:

Biologists, anthropologists, historians, and psychologists have repeatedly shown that definitions of sex and sexuality have varied over time and across cultures and political regimes. Some of their work suggests that state-enforced preservation of traditional gender roles is associated with authoritarian attempts to control social life and to promise security in troubled times by pledging to protect patriarchal family structures. Authoritarian efforts such as these can justify racial, class, and sexual policing that disciplines forms of kinship and homemaking—including same-sex, multi- generational, or other nonnormative households— that deviate from established nuclear family norms. Politicians and religious fundamentalists are neither scientists nor scholars. Their motives are ideological. It is they who are offering “gender ideology” by attempting to override the insights of serious scholars. By substituting their ideology for years of assiduous research, they impose their will in the name of a “science” that is without factual support.

Let me remind you that, if you drill down into the purported “science” behind gender studies you get . . . zip.

If Lefties were really interested in gays and women they’d start taking a stand against Islam and Muslim immigrants. I already pointed out above the idiocy of gays supporting Palestinians. But women and anyone who keeps crying out “it’s for the children” (as Lefties do when they advocate open borders or unlimited immigration from Muslim countries), might want to pause for a second to read this:

Seven men have been arrested in Finland accused of repeatedly raping a ten-year-old girl in a grooming case that has shocked the Scandinavian country.

The girl has allegedly been subjected to multiple sexual assaults over several months in the suspects’ homes in Oulu in northern Finland, police say.

The men, aged 20 to 40, have all arrived in Finland as migrants or refugees in recent years, and are thought to have made contact with the victim on social media, local media reports.

Of course there are good Muslims but there’s no getting away from the fact that Islam’s core religious documents encourage pedophilia, antisemitism, anti-Christian sentiment, rape, etc., and that cultures marinated in core Islam take these ideas seriously.

Meanwhile, across America, schools are setting aside prayer rooms for Muslim children — something that would be less shocking were it not for the fact that, over the course of the last 50 years, the Judeo-Christian faith has been kicked roundly to the curb of public schools and told not to come back.

When it comes to race and religion, I’ll say this: I don’t believe in racial differences. I believe in cultural differences. I also believe that some cultures are better and some are worse. I happen to like 21st century Judeo-Christian values and American constitutionalism. I think they’re the best of the bunch.

Britain is lost. I lived in England during its brief resurgence under Maggie Thatcher. That England is dead and gone. Really dead. Really gone.

Someone I wish would be gone. Will Obama never retire gracefully? He’s even worse than Bill Clinton and Jimmy Carter, and both of them have been pains in the ass who refuse to leave the stage now that their presidencies are over. Victor Davis Hanson has some choice words on the subject:

[P]rogressive ex-presidents such as Jimmy Carter, Bill Clinton and Obama saw the presidency as a sort of never-ending story. Politics were a 24/7, 360-degree, all-encompassing experience. All envisioned their retirements as opportunities to relitigate their administrations and to politick the present in hopes that future kindred presidencies would be progressive and would continue their own agendas.

Carter frequently warned that the Reagan defense buildup and tough stance toward the Soviet Union were dangerous and would lead to an existential confrontation.

Clinton became a fierce critic of the Iraq War as his wife Hillary prepared to enter the 2008 presidential race as an anti-Bush candidate.

Obama still seeks to convince the country that Trump is “unfit” to be president.

If all ex-presidents and ex-vice presidents were to weigh in nonstop on the current president and present-day politics, the result would be as chaotic as it would be boring.

The horrible Iran deal Obama executed a “give them everything” agreement with the Iranians. This was an unconstitutional agreement, because it was a treaty and he didn’t get Congress on board, but Europeans gleefully went on board. We were assured that, if we made nice with Iran by heaping money on the mullahs, they’d make nice with us. Hank Berrien says Europe has now realized that Trump, not Obama, was the prophet on this one:

It must be murder for them to admit it, but suddenly Western European leaders are realizing President Trump was right about ditching the Iran nuclear treaty.

On Tuesday, diplomats from the United Kingdom, the Netherlands, and France expressed their concern because of an Iranian medium-range ballistic missile test on Saturday.

The U.S. government stated that the missile Iran tested could reach Europe and the Middle East. According to Secretary of State Mike Pompeo, the missile could carry multiple warheads and violated Security Council Resolution 2231, which instructed Iran to refrain from “any activity related to ballistic missiles designed to be capable of delivering nuclear weapons, including launches using such ballistic missile technology.”

I don’t weep too many tears for the pro-Iran, anti-American, anti-Israel European governments that thought they were so clever or for the European people who, in their socialist greed, elected those leaders. I do worry terribly about Israel’s security. I hope America and Israel have a plan.

On faith. I love it when someone I respect takes something I wrote and makes it better, by bringing to it more intelligence, more erudition, and more meaning. My friend Mike McDaniel just made my day.