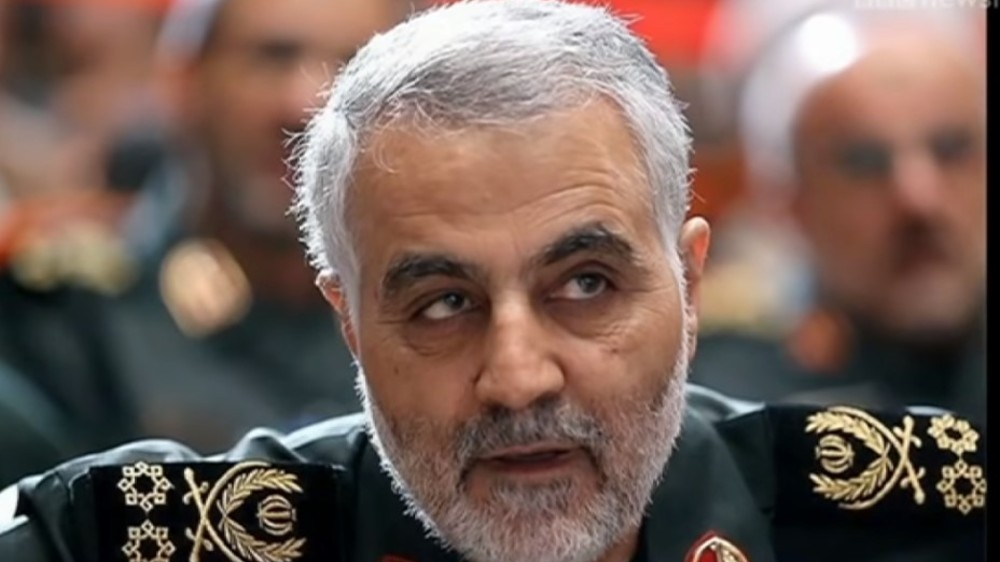 After 40 years on the receiving end of non-stop Iranian aggression, Trump changed the game and answered back  in kind — and the Democrats are horrified.

Trump just changed the game with Iran.  Iran has spent the past 40 years as the single greatest destabilizing influence in the Middle East and as the world’s greatest sponsor of terrorism.  To quote Robert Gates a few years ago:

Everywhere you turn, it is the policy of Iran to foment instability and chaos, no matter the strategic value or cost in the blood of innocents — Christians, Jews and Muslims alike. . . . There can be little doubt that their destabilizing foreign policies are a threat to the interests of the United States, to the interests of every country in the Middle East, and to the interests of all countries within the range of the ballistic missiles Iran is developing.

Not content with bloodying their own neighborhood, Iran’s theocrats have spent the last 41 years fomenting and exporting violence.  They almost always carry out this violence hidden behind proxies, maintaining a bare veneer of deniability on the mayhem they create.  No more.  Now, Iran very publicly has skin in the game.  There will be no more hiding behind proxies.

It is no secret that Iran wants the U.S. out of the Middle East, and in particular, out of Iraq.  Iran is trying to turn Iraq into a puppet state, the same as Iran has done with Lebanon. Knowing this has led to instability within Iraq as Iraqis angered at Iranian influence in their country engage in violent protests.

On December 27, Kataib Hezbollah, an Iranian trained and funded proxy, led by  Abu Mahdi al-Muhandis, an Iranian-Iraqi citizen, carried out a direct attack on a U.S. base 15 miles north of Kirkuk.  Hezbollah fired between ten and fifty rockets into the compound, killing a U.S. contractor and wounding others.  Two days later, the U.S. responded with air strikes on five Kataib Hezbollah bases that were weapons storage facilities and command and control headquarters that Kataib Hezbollah used “to plan and execute attacks on OIR [Operation Inherent Resolve] coalition forces.”  The air strikes killed some twenty five members of Kataib Hezbollah.

On December 31, after burying their dead, 6,000 people associated with the Iranian militia — people whom the MSM wrongly described as protesters or, in the case of NYT, obscenely described as “mourners” — stormed the American Embassy in Baghdad while the Iraqi government stood aside.  Faced with stiff opposition and U.S. rapid response, the “mourners” ultimately left the compound, having inflicted only property damage, though they did leave a calling card:

“Soleimani is our leader” written under window by Iran-backed militiamen at U.S. Embassy Baghdad, about head of IRGC’s Quds Force, responsible for special operations in Iraq and Syria pic.twitter.com/PTc0MPl5KP

That reference was to General Qassem Soleimani, commander of the Iranian Revolutionary Guard Corp’s Quds Force, who oversaw its foreign arm and was the man in charge of all of Iran’s proxy operations.  Outside of the mad mullahs directly controlling Iran’s theocracy, he was the most powerful man in Iran.  He directed and was responsible for the deaths of thousands of people in Iraq, Iran and elsewhere over his career, including the murders of hundreds of Americans in Iraq.  Trump gave a thumbnail sketch of Soleimani this morning:

General Qassem Soleimani has killed or badly wounded thousands of Americans over an extended period of time, and was plotting to kill many more…but got caught! He was directly and indirectly responsible for the death of millions of people, including the recent large number….

….of PROTESTERS killed in Iran itself. While Iran will never be able to properly admit it, Soleimani was both hated and feared within the country. They are not nearly as saddened as the leaders will let the outside world believe. He should have been taken out many years ago!

On January 2, Soleimani flew to Iraq to meet with al-Muhandis, the Kataib Hezbollah leader, to plan further operations against the U.S  It says a lot about how Iran viewed Trump’s promised reprisals that Soleimani felt secure enough to brazenly and openly fly into the Baghdad airport and meet on the tarmac there with al-Muhandis.  As Iran’s chief mad Mullah arrogantly tweeted on January 1 to Trump, “You can’t do anything.”

That guy has tweeted that we see Iran responsible for the events in Baghdad & we will respond to Iran.
1st: You can’t do anything.
2nd: If you were logical —which you’re not— you’d see that your crimes in Iraq, Afghanistan… have made nations hate you. https://t.co/hMGOEDwHuY

Forty plus years of conditioning has taught the mad mullahs that no American President — other than Reagan at least, who destroyed half of Iran’s Navy in a day —  would “do anything” despite Iran’s acts of terrorism and war.

The worst of all, though, was Trump’s predecessor, Obama.  He ignored multiple acts of Iranian-inspired violence against the U.S. and an IRGC planned bombing in Washington, D.C.  As James Mattis opined not long ago, he believed Iran was the single greatest threat to the U.S. and blamed Obama’s appeasement for Iran’s growing and deadly belligerence.  Instead of standing up to Iran, Obama fired Mattis.

Indeed, it now appears that, in 2015, Obama protected Soleimani, forcing Israel to cancel a planned assassination. Then Obama, who had twice campaigned on never allowing Iran to have a nuclear weapon, turned around and inked the “Iran Deal,” removing all sanctions from Iran, transferring $1.7 billion to the regime, and putting the regime on a ten year glide path to a nuclear arsenal.  Obama, in his supreme arrogance, suicidally seemed to believe that the deal would convince Iran’s mad mullahs to moderate.

Donald Trump is under no such illusions.  He placed sanctions back on Iran to induce them to end their nuclear program.  Iran has been ratcheting up attacks ever since.  Trump has responded methodically and with strength to each Iranian provocation over the past few days.  And contrary to mad mullah Khameini’s claim that Trump “could do nothing,” in the moments after Soleimani and al-Muhandis met on the Baghdad tarmac to plan future operations against the U.S., our military, acting under Trump’s direct orders,  killed them in a targeted attack.

Update:  Gen. Petraeus has given an interview.  His opinion is that it is “impossible to overstate the significance” of killing Soleimani.

Before yesterday, Iran had only been held to account once for its deadly aggression.  That was the incident I linked above, when Reagan destroyed half of Iran’s navy in 1988, after which Iran soon stood down.  In 2003, the second time Iran thought that the U.S. might attack, it precluded an attack by ending, temporarily, their secret nuclear weapons program.  Iran well understands the calculus of force.  As Ray Takeyh, an Iranian scholar and member of the Council on Foreign Relations, points out  at Politico, Iran’s bombast will be great, but the likelihood is that Trump’s attack against Soleimani “will very likely temper the clerical oligarchs, who tend to retreat in face of American determination.”

With Suleimani’s death, the mad mullahs now know that they aren’t dealing with Obama . . . or Bush, Clinton or Carter.  And I am sure that they understand that the U.S. can destroy Iran’s economic base — dependent as it is upon oil — at pretty much the drop of a hat.

IF #SaudiArabia was looking to conduct retaliatory strikes against Iranian oil infastructure, #KhargIsland would no doubt lie in the crosshairs.

Island and its facilities process, hold, and transfer over 90% of Iranian crude oil exports. pic.twitter.com/sR1YtstYRx

The geopolitical world has changed significantly over the past few years, and the U.S. and President Trump have been the biggest beneficiaries.  From 1970 until about 2015, we were dependent on Middle East oil.  Keeping open the Strait of Hormuz and maintaining peace even in the face of acts of war by the Islamic countries in the Middle East was a strategic necessity.  That is no longer the case.  And as of 2018, the U.S. became the world’s largest oil producer.  We have far more leverage over Iran today than ever in the past 41 years of the theocracy’s existence.

Given all of these realities, one would think that all Americans would be applauding President Trump’s actions in defense of our nation.   To the contrary, . . .

Nancy Pelosi issued a statement calling the targeting of Soleimani “provocative and disproportionate actions.”  She makes NO reference to all of the American blood on Soleimani’s hands.  She makes NO reference to the acts of war Iran committed in attacking both our base and our Embassy.  She is in essence defending Iran against President Trump.  She concludes by saying that Trump did not brief her, nor did he seek Congress’s approval.

After consulting my pocket Constitution, it seems Crazy Nancy is having delusions of grandeur again.  She apparently thinks that she controls all of the co-equal branches of government.  At any rate, most of the progressive Congresscritters are echoing her talking points, from Adam Schiff to Chuck Schumer.  They’re implying Trump had a duty to brief them — he does not — and that he is risking involving us in a wholly unnecessary war.

If this regime continues on its same path, it will further its utterly toxic influence all throughout the Middle East and the mad mullahs will gain a nuclear arsenal.  Which of those are acceptable to our Progressives?  The latter would be the equivalent of giving Hitler nuclear weapons — Iran’s mad mullahs being no less genocidal, triumphalist, and expansionist.  Or is it that Progressives don’t care, so long as they take power in the U.S.?  I think that we all know the answer to that.  To quote Lawrence O’Donnel on MSNBC the other day discussing the attack on Soleimani: