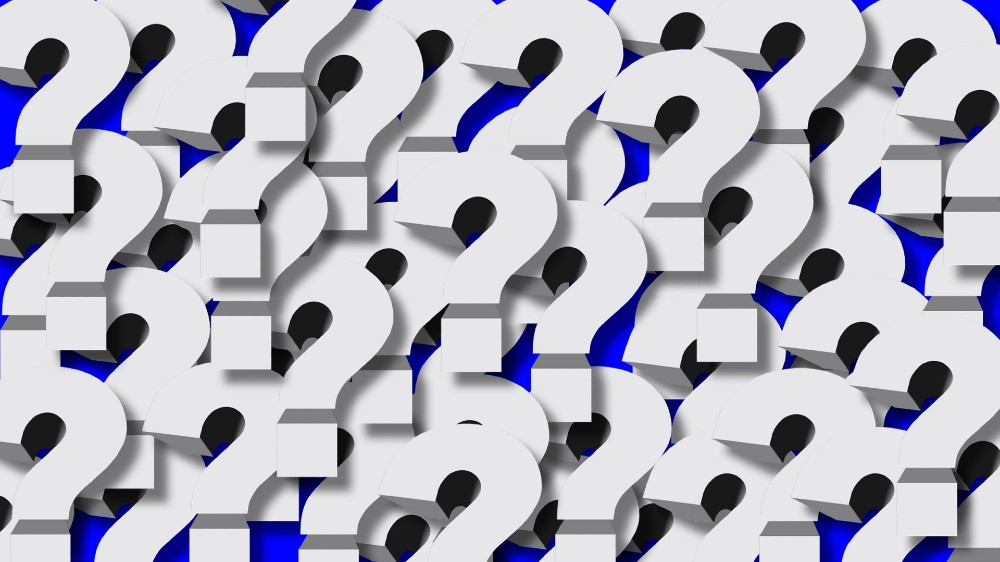 Reading through the news, I see that most of the news is so crazy, it doesn’t inform me; it just leaves me with questions that I’ll now share with you.

I’ve mentioned before a game I play with a friend. He reads me headlines and asks me to guess whether the headlines come from the Babylon Bee or the actual news. Just a few years ago, when the Babylon Bee started becoming a thing, I usually got the answers right.

With Trump wrapping up his third year as president, though, and with an election coming up in November, we’re entering peak crazy. It’s gotten to the point that I usually guess wrong, with the Bee sounding more normal than the reality.

So it is that, after a morning spent perusing real headlines, I have a lot more questions than answers. Here are my questions and the headlines that triggered them:

Can both of these statements simultaneously be true?

Doesn’t the fact that hundreds of Iranians carefully avoided stepping on American and Israeli flags suggest that it’s the mullahs, not the people, who hate and fear those nations?

Video of Iranian protesters in #Tehran refusing to step on #US and #Israel flags.

Sadly, in 2020 that’s a rhetorical question, but it’s still a good question to ask in connection with the information in this tweet sent out Saturday night:

How did Trump learn Farsi?

Okay, I’m kidding. I know that he used translations for his amazing tweets, the kind of message Obama should have sent during the Green Movement in 2009/10. 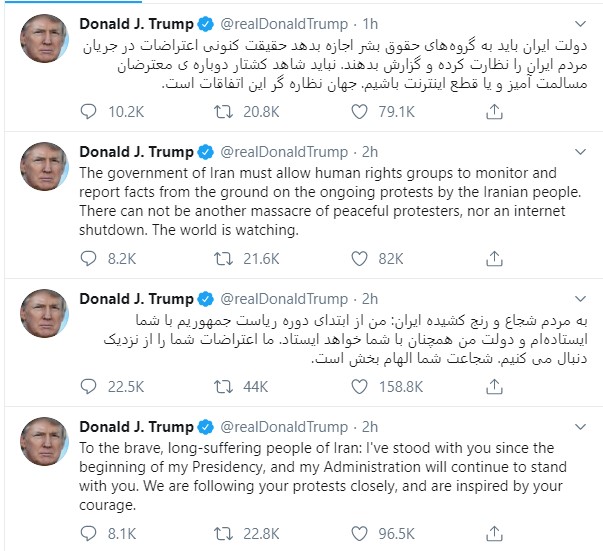 Shouldn’t Western media be louder about this story?

Maybe they’re just gratefully silent because they don’t have to report that the Iranians killed a Western ambassador.

How can adults, who almost universally find intolerable the smart ass kids on TV and in the movies, find Greta Thunberg’s bossiness acceptable?

This is an opinion piece that Greta Thunberg “and others” (her handlers?) wrote for The Guardian: “At Davos we will tell world leaders to abandon the fossil fuel economy.”

Will Thunberg scold the volcano that’s on the verge of spewing CO2 into the atmosphere?

From NBC, which occasionally still does actual news: “Thousands flee as volcano erupts in the Philippines, Manila airport closed.”

Does Dr. Bandy Lee prove a common theory that some people go into psychiatry as a way to justify their own mental health issues?

Why do we even pretend to call what’s happening in public schools “education?”

Dave Thompson looks at the way students are encouraged to dehumanize individuals and assign them to groups. I wonder how long it will take before, as a shortcut, people just wear labels, like maybe yellow stars or pink triangles.

(Don’t just look at the picture; please read Dave Thompson’s short post. His points are well worth taking in.)

With this news, how in the world do the Democrats thinking any of them can win the November 2020 election?

From the Washington Examiner: “Trump’s average unemployment rate is the lowest in recorded history.”

What does it mean for alleged wage inequality that the poor are getting richer at the fastest pace in Trumps America?

From Deroy Murdock: “Wages Soar Fastest among Those with the Least.”

Considering the reality about unemployment, why is Billionaire Bloomberg insisting the economy is broken?

Here’s a quote from a report about Bloomberg’s campaign: “’The U.S. economy is working just fine for people like me. But it is badly broken for the vast majority of Americans,’” Bloomberg said in Chicago.”

Why is Matt Taibbi working for Rolling Stone?

I ask this because, even though he’s a Progressive, Taibbi is an incredibly good journalist who’s not afraid to follow the truth. He’s way too good for that rag. Today’s example: “2019: A Year the News Media Would Rather Forget: Corrections went out of style, bombshells fizzled, and too much of what we watched and read felt like insider propaganda.”

Thinking about it, though, we should be grateful that Taibbi is working there, because his articles may be the only exposure to truth that most Rolling Stone readers ever get….

Will Trump really bring, as he said, “peace through strength”?

Okay, I have an answer for this question. Peace through strength sounds like a scary Orwellian slogan but, in the hands of the right leader, it’s not. It means a willingness and ability to protect oneself without any urge to fight wars for wealth, aggrandizement, or tyrannical control.

Michael Goodwin agrees with me (or maybe I agree with Michael Goodwin): “Trump’s ‘peace-through-strength’ philosophy on Iran is what America needs.”

Is it me or are we hearing more and more about pedophilia lately?

I think we are, I think it’s important, and I think it has something to do with Trump cleaning out the Aegean stable.

Here’s the latest headline, from PJMedia: “More Than a Dozen Saudi Servicemen Training in U.S. Will Be Expelled.” Dig down a little, and you see this: “Some of the Saudi nationals are also accused of possessing child pornography.” Something is going on, something big.

And finally, to end this post, an answer, not a question:

On Jeopardy, the question was where the Church of Nativity in Bethlehem is located. Unfortunately, the truth is not politically correct, at least according to Qatar-funded al Jazeera: “Outrage after Jeopardy! host rules Bethlehem not in Palestine: Contestant on popular US quiz show was told she was wrong for identifying Jesus’s birthplace as Palestine.”