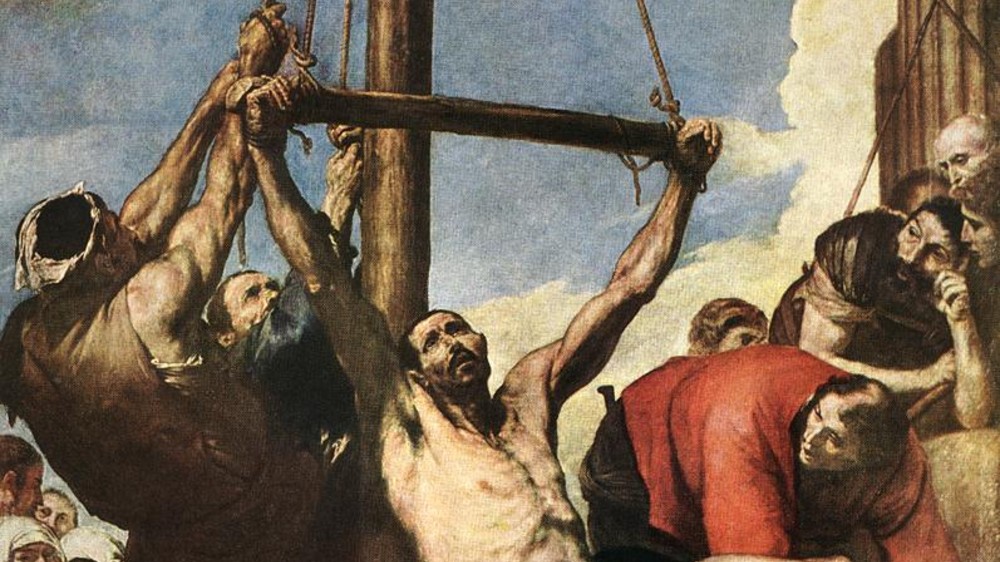 Holidays and Observances on January 12

Feast of St. Benedict Biscop (ca. 628-690), one of the more notable of the Anglo Saxon clerics. Over his lifetime, St. Biscop made five pilgrimages to Rome. He returned from the pilgrimages with numerous books, and founded two monasteries in England, introducing into England stone Church architecture and fine glass from the Continent. The saint built the finest library in England, setting the stage for one of his students, the Venerable Bede, who would eventually become known as the Father of English History. The saint’s scriptorioum became famous as well, producing among many other documents the Codex Amiatinus, which is, today, the earliest surviving manuscript of the complete Bible in the Latin Vulgate version. 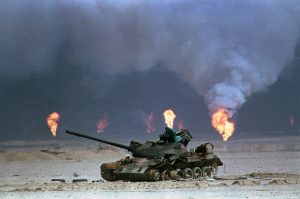 1991 – An act of the U.S. Congress authorizes the use of American military force to drive Iraq out of Kuwait, setting the stage for the Persian Gulf War.

The Persian Gulf War was a major event in the making of the modern Middle East. It was a UN effort, led by the U.S. military, to drive Saddam Hussein out of Kuwait.

Deep in debt after the Iran-Iraq War (1980-88), Iraqi dictator Saddam Hussein decided Kuwait, the small and extremely oil rich nation that had once been part of “Basra” (later, Iraq) during the Ottoman Empire, should become part of Iraq again. On August 2, 1990, Hussein ordered his armies to invade Kuwait, conquering the nation within days, and putting Iraqi troops on the border of Saudi Arabia, next to the massive Saudi oil fields. That posed a substantial geopolitical threat to the West, dependent as it was at the time on Saudi oil.

It was PM Margaret Thatcher who drove the initial opposition to Iraq’s invasion:

. . . Margaret Thatcher played a powerful role, reminding the [U.S.] President that appeasement in the 1930s had led to war, that Saddam would have the whole Gulf at his mercy along with 65 percent of the world’s oil supply, and famously urging President Bush “not to go wobbly”

The US and Britain led diplomacy in the UN to move Iraq from Kuwait, but Hussein refused all entreaties. Meanwhile, the U.S. and Britain pieced together a coalition and began deploying forces to the Middle East. By early January, 1991, troop deployments were complete – the U.S. alone had transferred 500,000 troops into theater – and Congress, on this day, passed an Authorization For Use of Military Force. 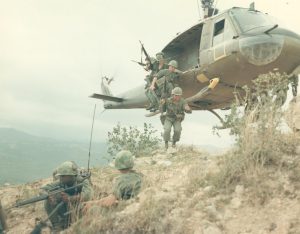 1966 – Lyndon B. Johnson, in his 1966 SOTU speech, stated that the United States should stay in South Vietnam until Communist aggression there ended. Johnson had authorized a massive deployment of U.S. soldiers to Vietnam after the 1964 Gulf of Tonkin incident.

1969 – The New York Jets of the AFL defeat the Baltimore Colts of the NFL to win Super Bowl III in what is considered to be one of the greatest upsets in sports history. 1969 was New York’s year, for both the Jets and the Mets. In 1970, Baltimore was back on top, winning the World Series, the Superbowl, and getting to the NBA Championship where there Baltimore Bullets lost to the New York Knicks. Ironic name for a basketball team from Baltimore, eh?

1971 – The Harrisburg Seven, a group of anti-war and mostly Roman Catholic clergy, led by a Priest, Philip Berrigan, are indicted on charges of conspiring to kidnap Henry Kissinger and of plotting to blow up the heating tunnels of federal buildings in Washington, D.C. They were ultimately acquitted at trial.

2006 – A stampede during the Stoning of the Devil ritual on the last day at the Hajj in Mina, Saudi Arabia, kills at least 362 Muslim pilgrims. 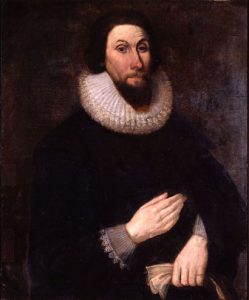 1588 – John Winthrop, the English Puritan lawyer who led the first wave of pilgrims coming to the New World in 1630. He was one of the leading figures in founding the Massachusetts Bay Colony, the second major settlement in New England, following Plymouth Colony. He famously wrote of his colony as a Puritan “city upon a hill.” (Bookworm adds: One of my better professors at college was one of Winthrop’s direct descendants. He was, of course, a Leftist, but I think he’d be considered way too conservative for today’s Democrat party.)

1591 – Jusepe de Ribera, a leading painter of the Spanish school, though he did most of his work in Italy. Looking at his paintings, he reveled in showing Christians, from Christ on down, suffering terrible martyrdom.

1673 – Rosalba Carriera, one of the most successful female artists of all time. She specialized in portraits and pastels. 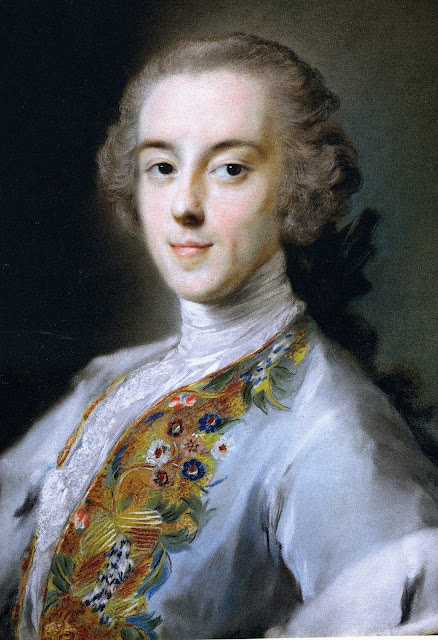 1729 – Edmund Burke, a brilliant Whig politician who served as a member of the British Parliament for twenty-eight years, Burke eloquently defended the American colonies before and during the Revolution, he was an eloquent opponent of anti-Catholic laws in Ireland, and he stood opposed to the French Revolution. A liberal in the classical sense, he is best remembered today as the philosophical founder of modern conservatism.

1876 – Jack London, was one of the first commercially successful American novelists. His most famous works, The Call of the Wild and White Fang, were set in the Klondike Gold Rush. He was also a radical socialist who supported eugenics. He died of alcohol and drug abuse at age 40. Apparently his good genes couldn’t save him.

1735 – John Eccles, English composer and the only Master of the King’s Musick in the history of the post to serve four monarchs (King William III, Queen Anne, King George I and King George II)

1777 – Hugh Mercer, Scottish physician who took part in the Jacobite Rebellion of 1745, after which he escaped Scotland and immigrated to the colonies. He became a close friend of George Washington and served as a General under his command. He was bayoneted by the British while leading soldiers at the Battle of Princeton. He succumbed to his wounds on this date.

1976 – Agatha Christie, an English crime novelist, best known for the sixty-six books she wrote revolving around her fictional detectives Hercule Poirot and Miss Marple. She also wrote the stage play The Mousetrap, which holds the world record for longest initial run. It opened at the Ambassadors Theatre in the West End on 25 November 1952, and as of April 2019 is still running after more than 27,000 performances.