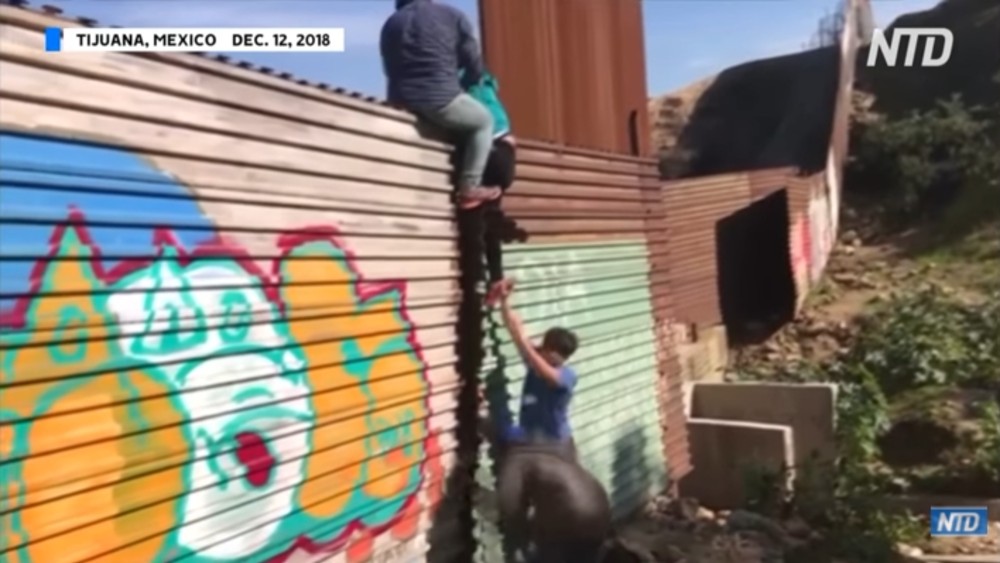 Immigrants used to share some Western values and believe in America; new immigrants don’t share those values and are told not to assimilate.

As the child of immigrants myself, I used to think of immigration — legal immigration — as an unalloyed benefit. It constantly infused America with fresh blood, keeping us from getting stultified and acting as a bulwark against an aristocracy. Sure, some New Yorkers might still talk about their Knickerbocker forbearers, but no one cared. While there will always be rich and poor people in America, they won’t be the same rich and poor people for generations. We’ll have turnover.

Looking at immigration trends, though, I’m beginning to have my doubts.

For a long time, the vast bulk of America’s immigrants came from countries that were European and subscribed to the Judeo-Christian tradition. Yes, we had Asian immigrants starting at the end of the 19th century but, for better or worse, the early immigrants were forced to assimilate — and they arrived at a time when assimilation was considered a virtue.

When I was growing up in the 1960s and 1970s in California, the Asian immigrants were all refugees from communism. They were thrilled to embrace freedom. They worked extraordinarily hard; made money; and sent their bright, hard-working kids to the best colleges. Ironically, those same kids now celebrate socialism, without making any connection between their families’ historical travails and the socialism they now trendily espouse.

Leftists used to frame their anti-assimilation rhetoric as a virtue. They were turning America into a colorful “tossed salad,” instead of a drab “melting pot.” The stated theory was that, rather than immigrants losing their uniqueness, they retained who they were, while melding into a part of a tasty, dynamic national salad. But that’s not what happens.

What happens is tribalism, which is a retreat to Stone Age behavior. In neighborhoods, it leads to gang warfare. Within a large nation, it leads to battles for political spoils and a willingness to commit national suicide, because there’s no “nation” left in which anyone can believe and for which anyone is willing to fight.

Aside from the push for assimilation, the nature of immigrants has changed. The Latin America immigrants theoretically come from a Judeo-Christian tradition, but that’s not really true. They’ve lived through decades of Marxism, including Marxism in their own churches, in the form of liberation theology. Too many of them don’t come to America because it’s a place of freedom. They come here because the government handouts are better — and, of course, the moment they arrive, they are told do not assimilate. They just become a few more little salad pieces of Marxist Latin America taking root across America.

The Muslims who come here are resistant to assimilation even without being told not too. Their religion tells them they are conquerors and that the welfare they receive is their jizya: the tax the unbelievers owe to the Muslim overlords. These are not people who have bought into or will buy into the American way. And yes, of course there are exceptions. There are to everything. But en masse, Muslims are not an easily assimilable group and they’re now being told not to assimilate.

And then there are the Asians who come here. When I was growing up, they came to escape communism. Now, as we’ve seen, they are the communists. Like the Muslims, they come as conquerors and they do so with CCP cash in their pockets.

Of course, everything I’m saying is pointless. If the Democrats get into the White House, the border comes down. We’re in for Phase One of The Great Reset. The dreamers think it will look like the Star Trek Federation, where no one has to work and computers create everything, including food and fuel. The schemers see it as a way to achieve ultimate power.

The masses (that’s us) will discover that Orwell knew what one worldism looked like and it ain’t pretty — especially because it is being preceded by a neo-tribalism that will turn the fight for spoils into something even worse than Hollywood imagined when it came up with the Mad Max franchise.

If it were up to me, I’d crack down even harder on illegal immigration and require all immigrants to attend civics classes telling them about the Constitution, the wonders of the free market, and the beauty of a place with a common American culture, that nevertheless allows them to retain their identities in their homes and their communities.