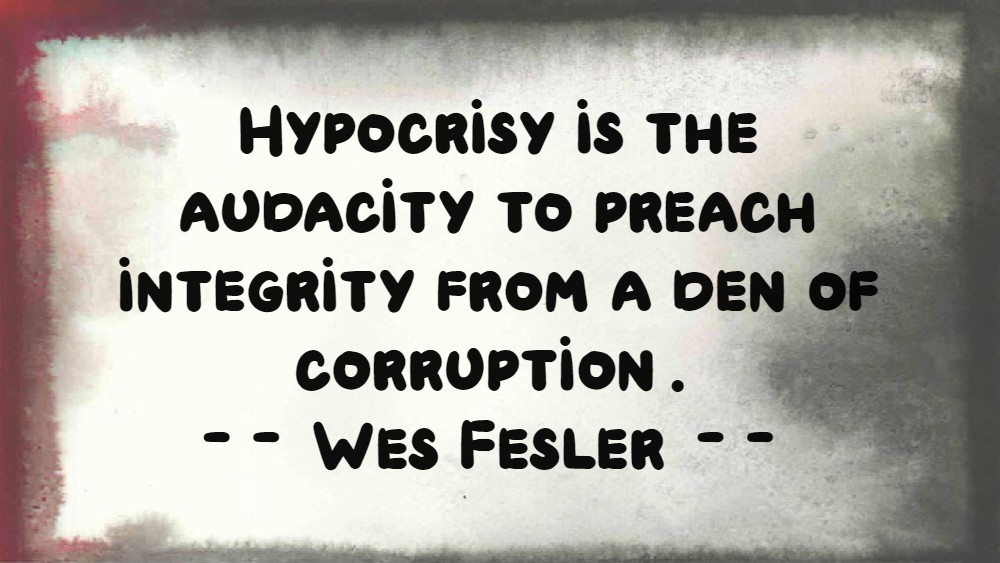 What irritates me most about the out-of-the-blue attack that someone I thought was a friend leveled against me is the hypocrisy behind it.

In 2016, when Trump took office, I lost two friends. One was a NeverTrumper who decided that his conservative values mattered less than his personal distaste for Trump, so he voted for Hillary. Another, to his credit, was at least a hardcore lefty. I didn’t drop either of them. Both felt that they could no longer have any social dealings with someone who supported a bantam rooster of a man who nevertheless believed in traditional American values and never strayed from the Constitution.

There was one leftist, however, with whom I did stay friends for the past four years — although, admittedly, my relocating meant that our communications were substantially diminished. We raised our kids together, hung out together, shared sorrows and joys together, and I certainly considered her one of my closest and most important friends. I knew she was a leftist; she knew I was a conservative, but we kept politics out of it.

That is, until Wednesday evening when, completely out of the blue, I received a text from her: “I hold you personally responsible for what happened in Washington because you’ve been feeding people the fairytale about the election.”

So that’s the set-up. I’ve severed contact and, while I feel a sense of loss because the friendship was a good one for 20 years, I also want to fulminate here about her utter hypocrisy. Because, while she and I didn’t talk politics, I saw on her Facebook page what was happening over the past few years.

She was out on the streets with her stupid little vagina hat protesting Trump’s inauguration.

She used her Facebook page regularly to launch attacks on Trump, escalating this as the election neared.

I seem to recall her using her Facebook page to protest Trump putting kids in cages, although she never had a problem with that during Obama’s years.

She was totally copacetic about the violent conduct during and after the Kavanaugh confirmation hearings, including leftists storming the Capitol and trying to break down the doors to the Supreme Court. If I remember correctly she actively supported Blowsy-Frauds claims against Kavanaugh, despite the fact that no one could corroborate them and they suffered from so many internal contradictions it was impossible for them to be true.

And this past year, on Facebook, this white collar, stay-at-home worker fully supported the lockdowns that created terrible desperation amongst people who watched Democrat politicians reduce them to penury.

She supported the Black Lives Matter marches. Her response to the riots, the lootings, the beatings, the statue destruction, or the more than a dozen murders that happened under the BLM banner was to attack the NRA. Nor, despite her support for the economy and life-destroying lockdown, did she feel very troubled by thousands of people leaving their homes to riot and loot. When BLM hit D.C., she was quiet about the effort to burn history St. John’s church and the attempts to storm the White House. She didn’t mourn a single life lost during riots that caused billions of dollars in damages and primarily destroyed black businesses.

And of course, she believed the Russia hoax that was the foundational lie justifying all the other behavior to which she either actively or passively gave her support.

But now, because of an election that violated every anti-fraud protocol and that resulted in statistically impossible numbers, suddenly I’m responsible for the fact that people entered the Capitol after the police opened the doors and welcomed them in.  And I’m responsible for the fact that one of those police officers murdered an unarmed Air Force veteran in cold blood. And yes, I know Ms. Babbitt crawled in through one of the smashed windows, but with everyone else pouring in, why should she think that this was anything other than a way to enter if you could reach the front door? Despite this cold-blooded murder, my one-time friend isn’t demanding that anyone defund the Capitol police.

So it’s not just that this erstwhile friend struck me out of the blue that irritates me. It’s the utter hypocrisy of a person who has, for four years, actively or passively supported every form of violence and divisiveness the left had to offer against a duly elected president. I held my tongue because I valued our friendship. She was unable to do so, meaning that I apparently misunderstood all these years the value that she placed on our long relationship.

I guess I should be grateful for the clarity. We’re all going to be getting a lot of clarity in the coming weeks, months, and years.