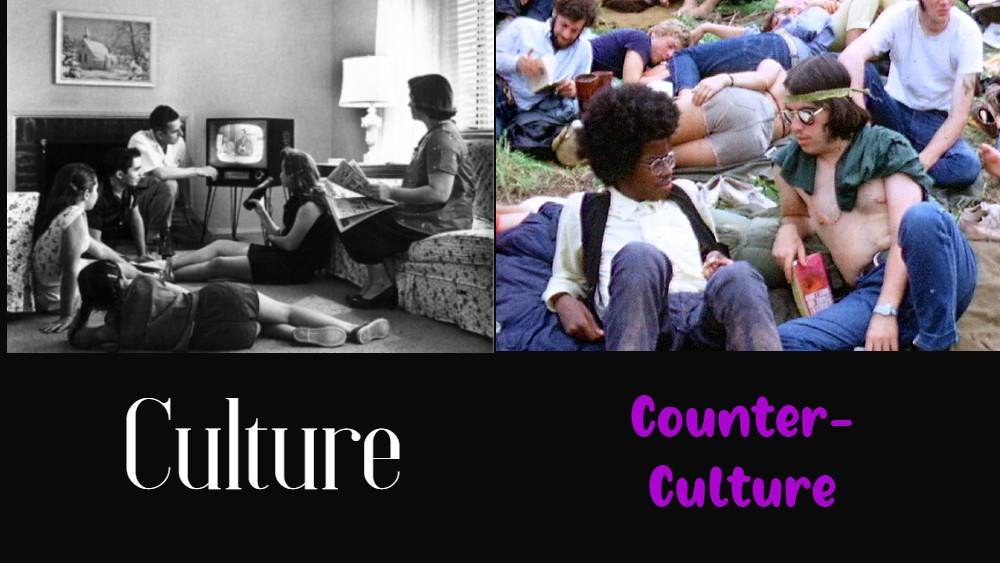 I have no faith in a coming conservative counter-culture among today’s youth because they’ve never been taught that such a thing is possible.

Long-time readers know that, for many years, I’ve been commenting about how sheeple-like the young people in my children’s generation are. I was a little girl in San Francisco in the 1960s, but I certainly remember the rebellious spirit that animated the youth of the 1960s and early 1970s. They were pushing back against the traditional values of their parents and teachers.

In leftist Marin, though, in the first decades of the 21st century, the young people were entirely in sync with the leftist values of their parents and teachers. That appears to be true in liberal enclaves across America. It’s also the case that young people in changing communities (traditional homes, leftist teachers’ unions), will hew to their teachers’ values. My generation sneered at the teachers. (I still do because, with few exceptions, I found my children’s teachers to be singular ill-informed and not very bright.)

I assumed that, eventually, conservativism would intrigue these young people because it was the opposite of the stifling conformity imposed on them in their communities and their homes. After all, the media, the entertainment world, and the history books constantly tell us that the youth movement in the 1960s was a rebellion against the stifling conformity of 1950s America.

There hasn’t been a counter-revolution, though. Today’s young people are more sheeple-like even than my now-grown kids were.

I’ve finally realized what’s going on. In the 1950s, there was cultural conformity that aligned behavior with traditional American values. However, one of the values that Americans still honored was to teach young people actual American history and civics.

Students learned about the Bill of Rights. Their teachers emphasized the tremendous virtue of the First Amendment’s freedoms: speech, religion, assembly, protest, and the press. In other words, what I thought was youth’s natural rebellion was, instead, the fact that American young people had been inculcated with their inherent rights.

What’s different nowadays is that schools do not teach those values anymore. There is no institution that teaches our children that they have these inherent freedoms. Instead, their schools don’t just limit themselves to teach kids what to think (as opposed to how to think, using reason, not emotion). Instead, they teach the kids that independent thinking is dangerous and that speech that deviates from leftist conformity must be stifled.

The way I see it, if you raise kids in a generally conformist society but let them know that they have the right not to conform, you might end up with a counter-culture revolution. However, if you raise kids in a conformist society and hide the fact that they have inherent liberty to think, write, speak, protest, and assemble in ways counter to that conformity, young people aren’t naturally rebellious. Instead, they’re herd animals without inspiration.

In other words, we conservatives will never be the cool kids and rebels because, for the past 20 years, America’s youth, haven’t been taught that they have an inherent right to rebel. Instead, they’ve been indoctrinated to believe that free thought and free speech are dangerous.

Incidentally, that mindset explains how Democrats can sell what happened on January 6 — a protest that got out of hand but that did nothing to touch our governing institutions, and was never intended to do so — was an illegal “insurrection” or “coup.” With the Bill of Rights a dead letter to multiple generations of students, they believe that anything that challenges leftist ideas is an “insurrection” and must be quashed.

UPDATE: It just occurred to me a specific problem that flows from the fact, which I noted above, that students are told what to think, rather than being taught how to think. Generations of “educated” Americans don’t see any problem with the fact that it was okay to challenge Trump’s election for four years with the evidence-free cry of “Russia! Russia! Russia!” but that pointing out all the problems with the 2020 election (old-fashioned vote fraud, probably foreign interference, etc.) is being rigorously quashed as either insane or a dangerous, possibly actionable conspiracy theory that is tantamount to an insurrection.

Image: 1950s family is in the public domain. The Woodstock concert attendees photo is by Derek Redmond and Paul Campbell and is used under a CC BY-SA 3.0 license.