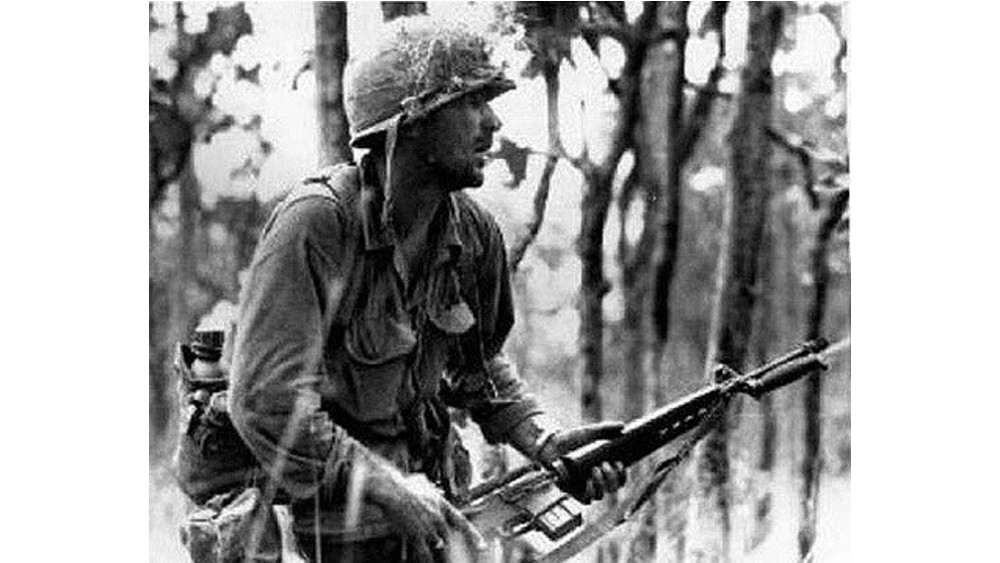 This post honors Rick Rescorla, an amazing man who saved thousands of lives but lost his own on 9/11.

Almost every year on 9/11, I remember three people who died that day: Brian Ahearn, a firefighter who gave his life to save others; Lauren Catuzzi Grandcolas, who calmly faced death on United Flight 93; and Rick Rescorla, whose preparedness and bravery saved thousands of lives. Here’s my homage to Lt. Brian G. Ahearn. Because the old web pages are gone, I’ve deleted most of the hyperlinks.

The murderous frenzy unleashed on 9/11 is an awkward size. As leftists at home and abroad relentlessly demonstrate, it if had been a smaller attack—along the lines of Fort Hood or San Bernardino—we would have been told that it was simply the act of a crazy person whose psychosis led him to misunderstand the “Religion of Peace.” Had it been monumentally bigger–say, the size of Hitler’s Poland invasion—we all would have easily recognized it as “a war” and would have treated it accordingly, both strategically and emotionally.

Since 9/11, however, Americans have grappled with the best way in which to handle things when nineteen Muslim men, powered by money from Saudis, Iranians, and Iraqis, and motivated by a jihad mentality incubated amongst the Taliban in Afghanistan, hijack four planes and kill 2,996 people. Actual events have proved that, in the post-modern world, our nation had no template to define our emotional response following 9/11. We had a vacuum.

The one thing you can say with certainty about America today is that, when there is a vacuum, politics will fill it. Following a short frenzy of national mourning, the nation divided itself into two oppositional viewpoints regarding what 9/11 means. The left (of course) took refuge in a Walt Kelly worldview: “We have met the enemy and he is us.” (I originally wrote these words more than a decade ago. The year 2021 and the addled, but still evil, White House occupant, add extra heft to them.)

During his presidency, Obama made sure we understood that Western values are uniquely undeserving. One year, he told us that 9/11 wasn’t just our tragedy, which meant that our efforts to mourn prove that we’re not only bullies we’re also self-centered bullies. The message from leftists was always clear: We Americans don’t deserve to mourn. Not only was it not about us, but it was also our fault!

This analysis sees just two narrow categories of victims on that fateful day: those who died and those who killed. The rest of us were guilty, and we must work hard to expiate that stain from our collective conscience.

For 20 years now, the schism that set in soon after 9/11 has dominated American political discourse. The details may vary, but from the left, especially on America’s college campuses, the tone is unchanging. Americans are bullies. We’ve bullied the Muslims so much over the past few decades that it was inevitable that they, prodded beyond bearing, turned on us. And while it’s sad that 2,996 non-combatants (mothers, fathers, sisters, brothers, sons, daughters) had to die, that’s what happens when you give your allegiance to—and, worse, make your money from—a White, neo-colonialist system that is inherently parasitical.

As I said, that’s the leftist view. There are, thankfully, other voices in America. Those of us who reject the leftist paradigm see ourselves neither as evil-doers nor as victims (although we were victimized by evil). We are warriors. George Bush understood that when he addressed the Emergency Rescue Workers at the site of the World Trade Center:

That’s also what George Bush understood when he took America to war. When we are attacked, we fight back. And when we are attacked by a shadowy organization that takes succor from various Islamic tyrannies around the world, we challenge those tyrannies. It’s not pretty, it’s not surgically neat, it’s not politically correct, but it is necessary. We mourn our dead and then we hunt down their killers. We have met the warrior and he is us. (What a sad irony are those words from a decade or more ago.)

Rick Rescorla was born in post-War, Labourite England, yet he somehow managed to be fiercely anti-communist. He didn’t just talk the talk, he walked the walk. At sixteen, he joined the British military and fought against communists in both Cyprus and Rhodesia.

When the battle between the free world and the communists moved to Vietnam, he moved too, relocating to America, and joining the U.S. Army. He fought ferociously in Vietnam, making a name for himself as a warrior’s warrior. (That’s Rescorla on the cover of the much-lauded We Were Soldiers Once…And Young: Ia Drang The Battle That Changed the War in Vietnam)

Rescorla was working in the World Trade Center in 1993 when a truck bomb exploded in the basement. This bombing was one of those “small” terrorist attacks I mentioned above, akin to San Bernardino or the Pulse nightclub in Florida. Most everyone saw it as a criminal matter and moved on. Not so Rick Rescorla. Warrior to the bone, he understood that this was the first small shot in a big battle.

What Rescorla also understood, unlike just about anyone else in America, was that the Twin Towers were irresistible targets for terrorists, meaning that the tenants were sitting ducks. Rick couldn’t change the towers’ attraction to terrorists, but he could change the tenants’ vulnerabilities—at least the tenants over whom he had control.

Under Rick’s leadership, Morgan Stanley Dean Witter conducted regular evacuation drills. Every employee knew how to get out of the building. You can easily imagine employees over the years trying to avoid the drills (“Hey, I’ve got a lot of work to do here”) and jokingly complaining as they were forced to comply (“One little bomb blows up a few years ago, and I’m having more fire drills than my kid in elementary school.”). The jokes stopped first thing in the morning on 9/11.

When the planes hit the Towers, Rick instantly knew what had happened. He didn’t know the details, but he understood the core issue—the World Trade Center had once again become a terrorist target. He and his team swung into gear. Singing “Men of Cornwall” (his version of “Men of Harlech“) at the top of his lungs, Rick and his team rescued approximately 2,700 Morgan Stanley Dean Witter employees. Only three employees were unable to follow Rick and his team to safety.

Sadly, it wasn’t just those three employees who died. Never leaving their posts, Rick and two of his security team went back into the South Tower one last time, to make sure they’d done their jobs. They had indeed done their jobs—but they didn’t make it out again. The Tower collapsed, taking them with it.*

Rick may have died, but his memory and what it stands for live on. He is America’s fighting spirit. He is proof that you don’t have to be born on American soil to have American virtues. He is what real American diversity looks like. It is enough to love freedom and to be willing to fight for that freedom. He is American initiative, ignoring bureaucratic paralysis, and acting in the face of danger. He is American sangfroid, singing his flock to salvation. He was a warrior and a hero. He is us.

This year, on the 20th anniversary of the end of the world as we knew it, I will most certainly remember the innocent men and women who died in a billowing, dusty cloud fueled by incredible evil. But I’m also going to remember the day by saying I am neither victim nor criminal. My nation is neither victim nor criminal. We are not lambs to the slaughter. We are warriors.