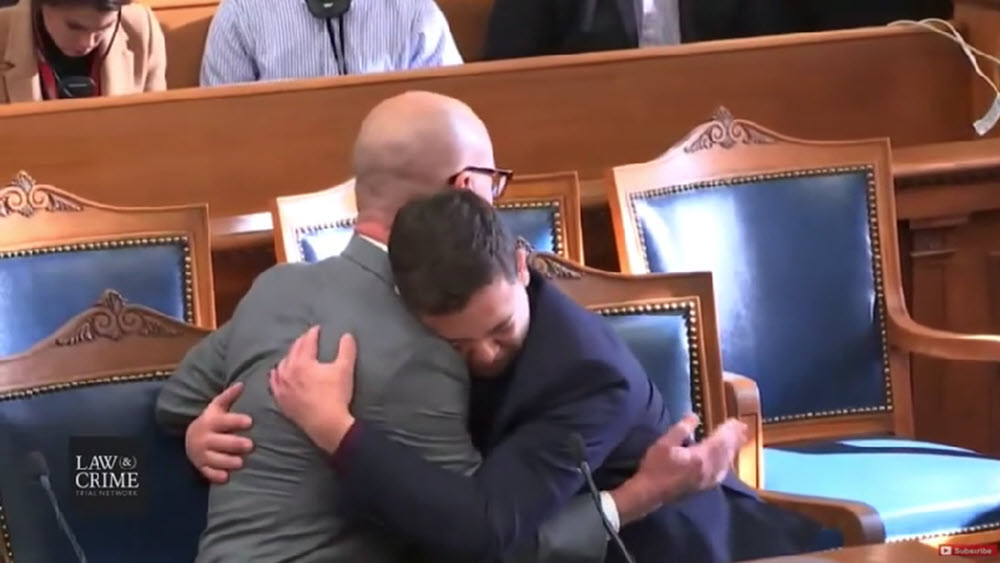 Courageous jurors did the right thing and found Kyle Rittenhouse not guilty, despite overt pressure from the leftist mob.

On the evidence, it was clear that Kyle Rittenhouse acted in self-defense and should never have been charged. However, I was very worried that the BLM and Antifa mob would intimidate the jurors into convicting him to protect themselves. They deserve huge credit for putting justice ahead of personal concerns. They restore my hope that America is not too far gone done the road of leftist justice, which puts politics ahead of both facts and law.

Kyle’s next order of business is to sue every mainstream media outlet, along with all the politicians who, without the protection of speaking from the floor, defamed him as a white supremacist murder. And of course, he needs to sue Biden who had the bullies pulpit of them all during the presidential campaign. That would be a superb way to extract from Biden every penny of his ill-gotten gains.

Kyle needs to move Bill deBlasio to the top of his list of people to sue for everything they’ve got:

The far-right trolls who think it makes a difference whether a violent gunman got his weapon before or after he crossed state lines are missing the point: two people are dead and their killer is left unaccountable. That’s not justice and they know it.