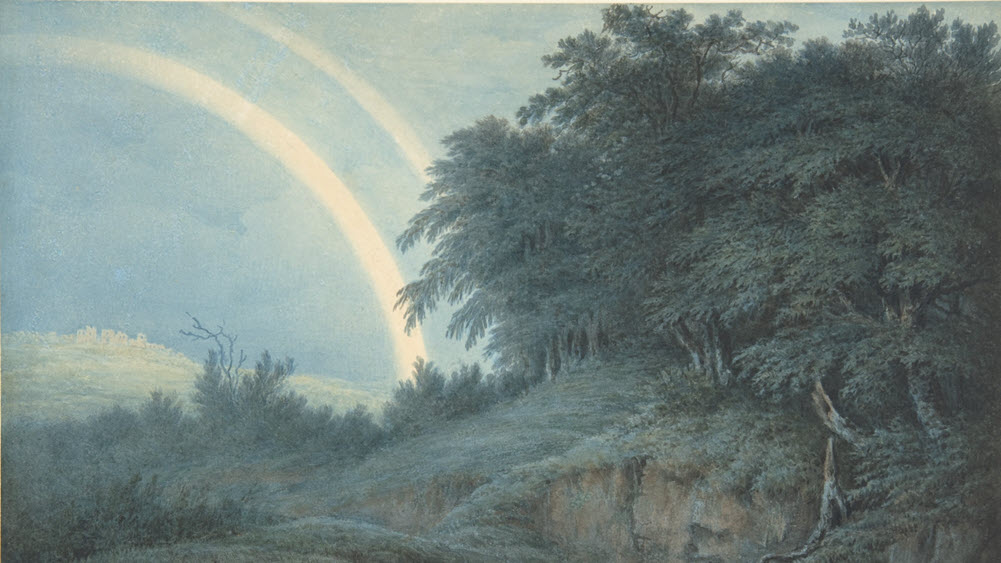 The rainbow is being used as a hardcore leftist political signal but, whether it came into being through God or nature, it belongs to all of us.

What, exactly, is a rainbow? At a scientific level, it’s the reflection, refraction, and dispersion of light through atmospheric water, creating an arc across the sky with all the colors of the spectrum. Biblically, it’s a promise that we will never again experience the flood that erased all of mankind, except for Noah’s ark.

And God said, This is the token of the covenant which I make between me and you and every living creature that is with you, for perpetual generations:

I do set my bow in the cloud, and it shall be for a token of a covenant between me and the earth.

And it shall come to pass, when I bring a cloud over the earth, that the bow shall be seen in the cloud:

And I will remember my covenant, which is between me and you and every living creature of all flesh; and the waters shall no more become a flood to destroy all flesh. (Genesis 9-12-15.)

Aesthetically, rainbows are one of the most beautiful things nature (or God) offers mankind:

When I was a child, during the hippie era, the DeYoung Museum in Golden Gate Park did an exhibition dedicated to rainbows. The curators had collected rainbows from ancient history to Peter Max. To my young eyes, it was the most beautiful museum exhibition I’d ever seen. Art from every culture and every time, all filled with rainbows.

Now, though, the rainbow has been co-opted by a political subgroup that is fanatically leftist in its ideology. We are inundated with rainbow flags, all announcing both a sexual orientation and a political identity. Moreover, this is a symbol we’d better bow down before. A report out of Canada says that a man was booted from his bank for asking if there was a way to get the bank’s app without the rainbow “Pride” flag attached. Sure, that’s Canada, and they’re crazy, but a lot of others are getting crazy too:

A modification to the new PC version of the Spider-Man Remastered video game removing its LGBTQ+ Pride flags has been banned by two gaming sites.

Players are able to modify some video games by adding new features such as weapons and locations.

The person who replaced Pride flags with the USA flag in Spider-Man was banned on Nexus Mods and ModDB.

Nexus Mods director Robin Scott told users who disagreed with this decision to “delete your account”.

In Florida, a man was arrested for doing a burnout on an LGBTQ crosswalk. The main charge was dangerous driving, but it was “enhanced” because of prejudice. Across America, police mostly ignore drivers destroying streets with burnouts. In Florida, though, they not only didn’t ignore it, they attached a hate crime to it because the street had a Pride rainbow on it.

This won’t be a rainbow in solidarity with the LGBTQ+++ cadre; it will be a rainbow in solidarity with rainbows. It’s just wrong for the rest of us to be deprived of a universal aesthetic treasure (whether from God or nature) simply because a political group thinks that it owns it. We can change that politicized dynamic only by an overwhelming show of rainbows unaffiliated with anything other than appreciating rainbows.

I know this will never happen but I miss the innocence and universality of the rainbow when I was young. I’d love to see that returned to the world.