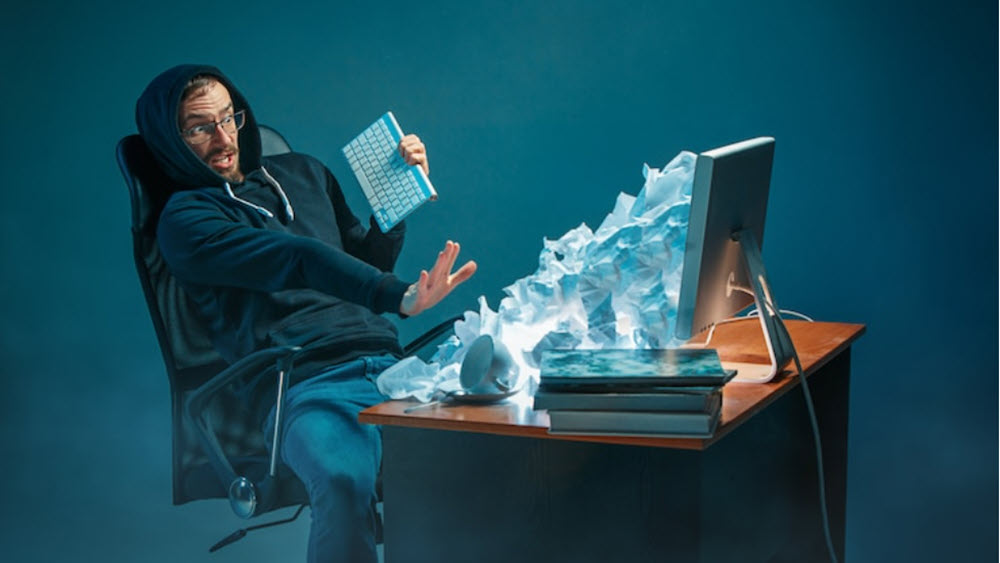 Shortly after January 6, I set up a Protonmail account for Bookworm Room. Soon after, I discovered that Protonmail had an absolutely awful interface. I then tried to review the emails through Outlook, but I find Outlook equally awful. After that, I did the only thing possible for someone with my procrastinator personality: I ignored the email account.

I apologize for ignoring the account, which was both rude and childish of me. However, between the horrible interface and my 70-80 hour work weeks, I just couldn’t deal with the email. I knew that diving into it was the straw that would have broken this camel’s back.

Three things changed recently: I’m only working for American Thinker six days a week, not seven; I figured out a trick for making my six days flow a bit more efficiently; and Protonmail upgraded its interface’s functionality. All of these are earthquake-level changes.

Propelled by a whole new world, I reopened my Protonmail account this morning and discovered almost 3,000 unread emails. Before panic set in, I determined to do some targeted mass deletes of computer-generated stuff, something I routinely do with my Google accounts.

What I did, instead, was to “trash” the whole inbox. This was a genuine mistake because I hadn’t understood how the targeted mass delete process in Protonmail works as compared to the function in Google. I think I’ve sort of figured it out now, but only going forward.

So here’s where it stands: I do not have the time or energy to undelete and then review 3,000 emails. Moreover, the efficient mass sort/delete feature will only work prospectively. For that reason, I made the decision not to return all those deleted emails to my inbox. That is, I’m not un-deleting anything. I have a blank slate and, moving forward, I will have systems in place so that I can manage it efficiently.

If you’ve written a substantive email to me, I would still love to see it, so please feel free to send it again. Under my new system, it won’t get buried beneath hundreds of automatically generated emails but will, instead, stand out, begging for a response. And in the meantime, my very sincere emails for my rudeness in ignoring your emails. I have a reason (see above), but no real excuse and I’m very sorry.