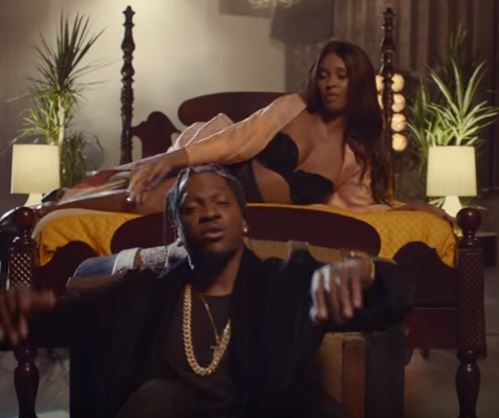 My dear friend Lulu has something to say about the latest attacks against Donald Trump:

So I happened to look at Buzzfeed today, that Internet site that gives millennials a mixture of entertainment and distilled news all made in easy reading packages and animated with gifs. There were 8 “news” feeds about horrible octopus groping Trump. Eight. All essentially saying the same thing. In case you missed the point with the other seven. Oh yes, and one link about wonderful Hillary getting a major Latino endorsement.

So permit me to say that whatever the media says now affects me very little any more. Every Republican candidate, even a Mormon Boy Scout like Mitt Romney, has been characterized as evil incarnate. You know, a dog torturer, a cancer a victim murderer, etc. The charges make a mega mountain out of a miniscule nothing-burger molehill. They exaggerate, imply, create innuendos, report rumors as facts (remember the fabricated story about McCain having an affair with a lobbyist as BIG frontpage NYT news?).

So who cares anymore? It’s like the endless accusations of triggering or racism. Repeated ad infinitum. It’s meaningless. It loses its power. Whatever. Shut up.

Just look at this picture of Leo diCaprio (and E News’s enthusiastic caption):

Trump bragged. That’s juvenile and gross. But it was a private conversation.

President Clinton got blow jobs in the Oval Office from his emotionally immature and needy young intern and we were told that sex has nothing to do with the office of president, stop being a prude, it wasn’t exploitative.

Meanwhile, Michelle Obama is offended, offended, offended by the Trump’s sex talk. She’s never heard the like before. Apparently she hasn’t heard the lyrics to the songs that the rappers she invites to The White House, people like Pusha T and Jay Z, sing to entertain her and Barack. You know, she they also didn’t hear Reverend Wright’s sermons either while she and Obama sat in his church year after year. So, you see, Michelle is shocked, shocked, and doesn’t know that Beyonce grabs her genitals and shakes her ass, or that her husband, Jay Z, is famous for lyrics like

‘I got this African chick with Eddie Murphy on her skull. She like: “Jigga Man, why you treat me like animal?” I’m like: “excuse me Ms. Fufu, but when I met your a**, you was dead broke and naked, and now you want half”.’ Girls Girls Girls, The Blueprint.

(You can see other examples of Pusha T’s lyrics here and of Jay Z lyrics here.)

Nope, she just didn’t know. And anyway, it’s culture. It’s African American culture. And the Obamas are cool and hip.

And the accusations of rape by Bill Clinton are to be shrugged off. Nope, never happened so forget what Juanita Broadrrick says. Forget Katherine Willey. Forget the private jet trips to Pleasure Island with a known pedophile. Or the claims that Clinton abandoned the son he had with an African American prostitute. Ignore the $200 abortion he pushed on Jennifer Flowers. I mean, his story is worth at least 8 columns too, am I right?

And of course that baseless story that as a young attorney Hillary Clinton defended the kidnapper and rapist of a twelve year old virgin, who beat her and raped her to the point that she could never bear children, by claiming in court that the 12 year fantasized about older men? Hearsay!

You mean there’s a tape with her laughing and mocking the girl? Old news Buzzfeed? Nothing to see here? Or, watch and be sickened. And know exactly what you’re voting for.

Okay, I know. Whatever. Hillary’s a Democrat so it’s okay. It’s okay that Ted Kennedy left a woman to die a slow, agonizing death by drowning in his car. You know, he just happened to use his wealth and power to pick her up from a party, then drunkenly drove his car into a pond, then got out, then went to his place, then showered and didn’t tell the police until she was long dead — you know, to save his career. Lion of the Senate. Champion of women’s rights, champion of abortion rights and all that.

So you know what? Rolling off like on a duck’s back.