When Don Quixote and I talked yesterday about Obama’s use of the bin Laden raid as a campaign talking point, he pointed out that any sitting president who is running for reelection would use the raid as a talking point.  I agree.  The problem isn’t that Obama politicized the raid, it’s the way in which he did it.

A normal president would have used the raid to highlight his focus, acumen, and successful use of America’s national security resources.  These are the things the man holding executive office can, and indeed should, sell to the American public.

For Obama, serving as president isn’t about serving the country; it’s simply about him winning the office.  Obama’s bizarre presidential sales pitch, one that sees him boasting that he risked his standing in the polls, highlights the God that Obama really serves: 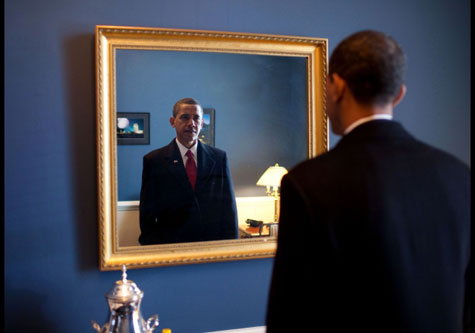