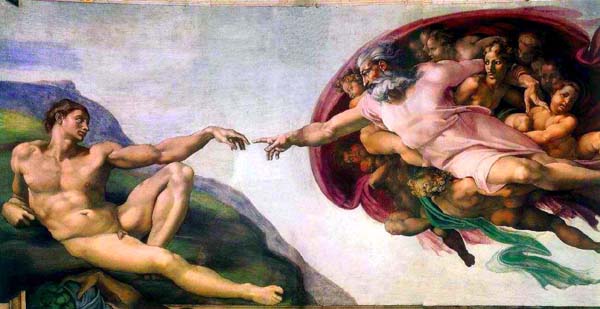 My (perhaps simplistic) sense of post-Pagan monotheism, whether Jewish, Christian, or Muslim, is that God is all-powerful and all-knowing.  He is bigger than mere humans can comprehend and He works in ways too mysterious for human comprehension.  To the extent things are incomprehensible — whether evil, or deviations from the norm, or anything else that falls outside of perfect morality or physical perfection — those failures are either Satan’s work, man’s failings, or mysteries known only to God and beyond man’s limited understanding.

The Episcopalian Church, however, or at least a significant number of Church leaders, has added a new reason for deviations from the norm:  God screwed up.  Yup, it turns out God is fallible, which makes it a little unclear why we should bother believing in Him or following His laws.

On July 9, 2012, the Episcopalian Church officially banned discrimination against transsexuals.  I have no quarrel with that decision.  I believe in the marketplace of ideas when it comes to religion, as I do when it comes to almost anything else.  As long as your religion isn’t used to kill me, or doesn’t become a state institution dedicated to marginalizing, prosecuting, torturing, controlling, and/or killing disbelievers, “apostates,” converts, or those who have in some other way allegedly transgressed God’s rules as you understand them, I’m all good with the decisions a religious institution makes for its members.  If the congregants like the decision, they’ll stick with the institution and the institution might even add new members; if not, well, although God doesn’t have to compete in the marketplace of ideas, His institutions do and they may have to pay the price for doctrinal decisions that don’t work well in the religious marketplace.

So, as I said, if the Episcopalian Church wants to open its arms to transsexuals, that’s fine.  What makes the decision to do so funny is that, as one of those who opposed the proposal pointed out, those advancing this successful viewpoint about gender identity issues were explicitly arguing that God erred:

“No explanation of these terms or a theological explanation has been offered,” he said, adding that the arguments put forward by supporters were incoherent and contradictory.  Canon Lewis said that the arguments put forward for the full inclusion of gays and lesbians in the life of the church was that as God had made them that way, and that God did not make mistakes, so the church should not exclude them.

However, the argument put forward by the supporters of the transgendered resolution said in effect that God had made a mistake when he made transgendered people, who by seeking surgery or other means to change their gender were correcting God’s error.

It seems to me that an official resolution that is predicated on God messing up sort of negates the whole God thing.  It’s one thing to revisit what He’s said and reinterpret it in different ways (making the Bible the religious equivalent of a Living Constitution), but doesn’t it take things to a whole new level to go out to ones congregants and say that God is as fallible as anybody else, and that it’s up to the Church to take proactive steps to shield individuals from the consequences of God’s errors?

You, my dear readers, are much more sophisticated and knowledgeable about theological matters than I am.  Am I missing something here?  Misinterpreting?  Misunderstanding?  Letting my inclination to snark get ahead of my textual reading and fairness?  Please weigh in.