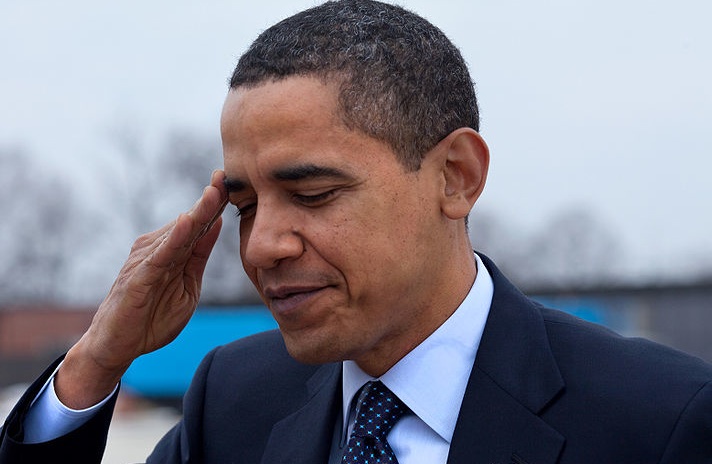 When last I wrote, the CIA denied giving a stand down order and denial of aid to Glen Doherty and Lance Woods.  Since then, the White House has issued a carefully worded statement to the effect that “Neither the president nor anyone in the White House denied any requests for assistance in Benghazi.”  That leaves only the Pentagon and, just as Hillary threw herself into the breach a couple of weeks ago, yesterday Defense Secretary Leon Panetta fell on the sword for Obama:

“(The) basic principle is that you don’t deploy forces into harm’s way without knowing what’s going on; without having some real-time information about what’s taking place,” Panetta told Pentagon reporters. “And as a result of not having that kind of information, the commander who was on the ground in that area, Gen. Ham, Gen. Dempsey and I felt very strongly that we could not put forces at risk in that situation.”

Panetta’s statement is ludicrous on its face because we know that, both because of satellites and phone calls from Doherty and Woods, everyone in Washington knew exactly what was going on — and they watched in real time, for seven hours.  Yes, that’s too little time to start a war, but it’s more than enough time to deploy special forces.  Doherty and Woods knew that special forces could help because they once served in the same force that would have been deployed.  I can only imagine how these two men felt knowing that their country had the capability to save them, but then realizing as they fought alone on that rooftop that the current government was abandoning them.  Just the thought makes me feel simultaneously tearful and nauseous.

So, we know Panetta is lying about the facts.  We’re also unaware of any legitimate reason for this lie.  Absent a legitimate reason, we can only conclude something very ugly:  Way up on the chain of command, someone made a decision that was the product either of gross military malpractice or cold-hearted political calculation.  The latter, of course, would be the administration deciding that, if it could just focus public attention on the video, the Obama campaign could avoid a “Black Hawk down” scenario that would reflect badly on the president.  In other words, Obama or Axelrod or Jarrett decided that, for campaign reasons, discretion was the better part of valor and decency.  That might have worked in a pre-internet age, but nowadays, there’s no way to keep the lid on that type of lie.

As for the latter consideration — gross military malpractice — even if (and it’s a big if) the order to leave people to die emanated from the Pentagon, the responsibility still rests on Obama’s shoulders.  As Commander in Chief (it says so right there in the Constitution), he is and was the ultimate military authority America.  Ordinarily, of course, the President is not involved in every decision the military makes.  However, this was an emergency and the White House has stated that Obama was briefed and aware of the situation.  That means that he was the man in charge.  If risk aversion, campaign calculations, or any other algorithm unrelated to saving American lives factored into the decision to watch but not act in Benghazi, it’s Obama’s fault.  As Harry Truman understood, but Obama hates to admit, when it comes to the presidency, the buck stops there.

I’ll close with Mark Steyn, who beautifully sums up events in Washington, D.C., and Benghazi:

You’ll recall that a near-month-long attempt to blame an obscure YouTube video for the murder of four Americans and the destruction of U.S. sovereign territory climaxed in the vice-presidential debate with Joe Biden’s bald assertion that the administration had been going on the best intelligence it had at the time. By then, it had been confirmed that there never had been any protest against the video, and that the Obama line that Benghazi had been a spontaneous movie review that just got a little out of hand was utterly false. The only remaining question was whether the administration had knowingly lied or was merely innocently stupid. The innocent-stupidity line became harder to maintain this week after Fox News obtained State Department e-mails revealing that shortly after 4 p.m. Eastern, less than a half hour after the assault in Benghazi began, the White House situation room knew the exact nature of it.

We also learned that, in those first moments of the attack, a request for military back-up was made by U.S. staff on the ground but was denied by Washington. It had planes and special forces less than 500 miles away in southern Italy — or about the same distance as Washington to Boston. They could have been there in less than two hours. Yet the commander-in-chief declined to give the order. So Glen Doherty and Tyrone Woods fought all night against overwhelming odds, and died on a rooftop in a benighted jihadist hellhole while Obama retired early to rest up before his big Vegas campaign stop. “Within minutes of the first bullet being fired the White House knew these heroes would be slaughtered if immediate air support was denied,” said Ty Woods’s father, Charles. “In less than an hour, the perimeters could have been secured and American lives could have been saved. After seven hours fighting numerically superior forces, my son’s life was sacrificed because of the White House’s decision.”

It would be shocking and disgusting if the American people gave this calculating coward another four years, not just to lead this nation, but to serve as Commander in Chief of the finest military in the world.