My childhood spanned the late 1960s and early 1970s.  In San Francisco, a few things were clear:  policemen were pigs; troops were baby killers; and veterans were crazy drug addicts.  Those older than I — say in their late teens through late 30s — were openly hostile to the military.  There was no back stabbing.  It was in your face.

Things are different now.  My “real me” Facebook page is crawling with encomiums to vets: 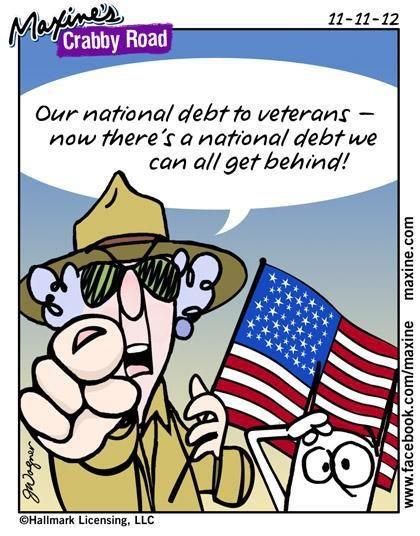 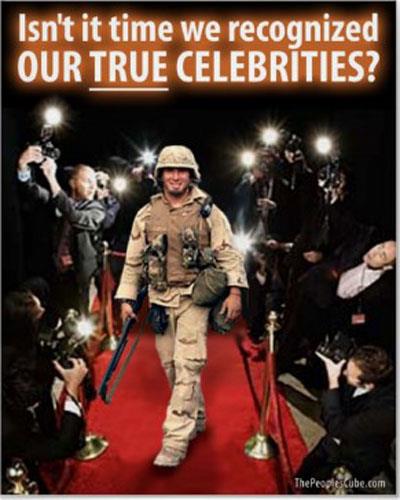 Isn’t that nice?  They love our vets and troops.  Indeed, the bottom image comes from a stalwart free-market, liberty-oriented website, even though I found it on the Facebook wall of a Lefter than Left Leftist.

Maybe I’m being petty, but I don’t think this backstabbing is much of an improvement over the old-style full frontal attacks.  Speaking saccharine words to our troops while weakening them on the battlefield is a sleazy tactic.

As for me, I think our veterans and our troops wholeheartedly, and I wish them (and us) luck in the coming four years.