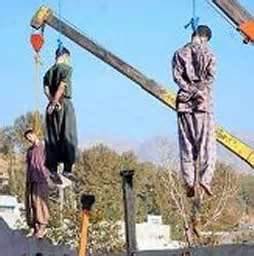 President Barack Obama, however, feels that Turkey’s Erdogan, a hardline Muslim, is his kindred spirit, while Bibi Netanyahu, a man who leads a country that extends full rights to women and gays, is a bad guy.  Obama also believes strongly that the Muslim Brotherhood, which practices and preaches the most extreme form of Islam, is a good peace partner.  Lastly, he wants to reach hands across the water to Iran, which has been in a state of declared war against America (and women and gays and Israel) since 1979.  Oh, and there’s Obama’s hostility to fracking, the only energy extraction process on the horizon that can de-fund the American monies that support the Islamist regimes in Saudi Arabia, Kuwait, Qatar, etc.

In other words, if you’re a Muslim, Obama and his Progressive pals are willing to forgive your sins.

It turns out that this magic sin forgiveness extends to friends of Muslims as well.  Witness Chuck Hagel.

Hagel doesn’t like gays.  He made that very clear during the 1990s, when he had this to say about President Clinton’s gay ambassadorial nominee, James Hormel:

Then-Sen. Chuck Hagel’s remark to the Omaha World-Herald in 1998 that Clinton ambassadorial nominee James Hormel was “openly aggressively gay” was only a part of what Hagel told the paper about his opposition to Hormel’s nomination.

In additional comments that appeared in the same Omaha World-Herald story on July 3, 1998, Hagel said that Hormel’s gay conduct in public goes “beyond common sense” and concluded that a gay performance group of men in drag as nuns was “anti-Catholic” upon seeing a video of Hormel at one of its events.

Hagel told the paper at the time that being gay shouldn’t disqualify a candidate from being an ambassador, but that Hormel’s conduct would diminish his effectiveness.

Hormel “very aggressively told the world of his gayness and the funding and all the things he’s been involved in,” Hagel was quoted as saying. “I think you do go beyond common sense there, and reason and a certain amount of decorum.”

To be fair, Hagel wasn’t arguing that Hormel should be beaten or executed.  Instead, he was saying that his sexual orientation disqualified him from political office, offended decorum, and was anti-Catholic.  Despite the publicity regarding Hagel’s gross political incorrectness, Obama has still selected him as his preferred Secretary of Defense.  Hmmm. 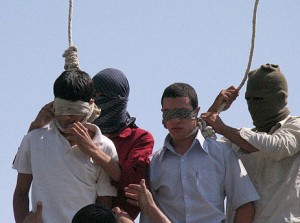 Before you get excited and think that, to the extent you expressed negative opinions about gays back in the 1990s, you have a free pass, you need to pay attention to what happened to Rev. Louie Giglio, who also expressed dismay about homosexual conduct back in the 1990s:

The minister selected by President Obama to deliver the benediction at his inaugural this month has withdrawn from the program amid a storm of controversy over remarks he made about homosexuality in a sermon in the mid-1990s, according to an inaugural planner.

In it, Mr. Giglio called on fellow Christians to fight the “aggressive agenda” of the gay-rights movement, and advocated “the healing power of Jesus” as “the only way out of a homosexual lifestyle” – a comment some gay-rights advocates interpreted as an endorsement of reparative, or so-called gay-to-straight conversion, therapy, as a supposed cure for homosexuality

An official with Mr. Obama’s Presidential Inaugural Committee said the committee, which operates separately from the White House, vetted Mr. Giglio. People familiar with internal discussions between administration and committee officials said the White House viewed the selection as a problem for Mr. Obama, and told the panel on Wednesday night to quickly fix it. By Thursday morning, Mr. Giglio said he had withdrawn.

“We were not aware of Pastor Giglio’s past comments at the time of his selection and they don’t reflect our desire to celebrate the strength and diversity of our country at this inaugural,” said Addie Whisenant, the spokeswoman for the Presidential Inaugural Committee. “Pastor Giglio was asked to deliver the benediction in large part for his leadership in combating human trafficking around the world. As we now work to select someone to deliver the benediction, we will ensure their beliefs reflect this administration’s vision of inclusion and acceptance for all Americans.”

The double standard also applies to abortion.  Republicans almost certain lost their opportunity to take control of the Senate because two candidates, Todd Aikin and Richard Mourdoch, made statements about abortion that the media turned into a hysterical war against women.  I know of two people who were leaning to Romney, but switched votes because he belonged to the same party as Aikin and Mourdoch.  Fiscal sanity and national security couldn’t compete with abortion. 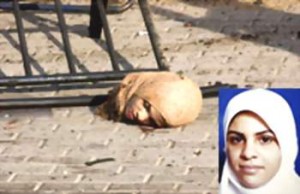 Here’s what Richard Mourdock said, which I think is a defensible position, humanely stated:

The only exception I have to have an abortion is in that case of the life of the mother.  I struggled with it myself for a long time, but I came to realize that life is that gift from God, and I think even when life begins in that horrible situation of rape, that it is something God intended to happen.

You may not agree, but it is a valid stance, one that looks at life as a gift independent from the violence that created it.  It is, in other words, a moral position.

Here’s what Todd Aikin said, which has the same moral position buried within it, but that starts from a position of complete and offensive idiocy:

It seems to me first of all, from what I understand from doctors — that’s [pregnancy following a rape] really rare. If it’s a legitimate rape, the female body has ways to try to shut that whole thing down. But, let’s assume that maybe that didn’t work, or something. I think there should be some punishment, but the punishment ought to be on the rapist and not attacking the child.

Aikin was cast into the wilderness by Left and Right alike for his stupidity.  Mourdock got swept up in the same witch hunt.

Interestingly, Hagel (the one who gets a pass) sounds a lot more like Aikin, who’s an idiot, than Mourdock, who is someone who made a difficult and thoughtful decision about balancing two lives.  Here’s Hagel:

When he announced his candidacy for Senate, Hagel said that he opposed abortion except to protect the life of the mother and in cases of rape and incest. Hagel decided he didn’t believe that exclusion for rape were necessary after studying the issue near the end of his campaign.

“I am pro-life with one exception — the life of the mother. I oppose taxpayer funded abortions. We must promote adoption and support the strengthening of American families. I will vote with and support the pro-life movement,” Hagel said in a piece of 1996 campaign literature, according to the Omaha World Herald.

Then Senate-candidate Hagel said that he “tightened” his position on abortion after he said he discovered that abortion in the case of rape and incest are “rare” according to multiple local press reports.

“As I looked at those numbers, if I want to prevent abortions, I don’t think those two exceptions are relevant,” Hagel said, according to the Omaha paper.

To her credit, Rachel Maddow has given Hagel a hard time about both Hagel’s gay and abortion stances. For once, though, the Left doesn’t seem to be paying attention to its media darling. 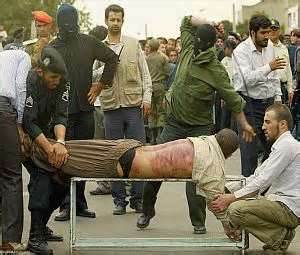 If you look hard, you discover that there’s only one thing that distinguishes Hagel from Giglio, Aikin, and Mourdock, all three of whom became roadkill as the Politically Correct train drove by:  he supports Iran and hates Israel.  He supports an ideology that enslaves and kills women, and that makes homosexuality a capital crime.  And the only thing that gives this specific ideology a pass with Hagel, Obama, and the Left, is that this religion is neither Jewish nor Christian.

This is a sad, twisted state of affairs, and one that the American people created with eyes wide shut.  I despair of our country and the world right now.