A few months ago, I read a wonderfully written, totally depressing book called, Bloodlands: Europe Between Hitler and Stalin

. In it, author Timothy Snyder graphically described the way in which, during the 1930s and 1940s, the lands to the East of Berlin and West of Moscow were turned into killing fields the likes of which had never been seen.  Although Hitler is remembered for the bloodbath he made of these lands, it was Stalin who started these state-sp0nsored killing sprees when he decided to get rid of the independent farmers in the Ukraine, as their very existence was an affront to Stalin’s plan for a Marxist takeover of the farming economy. 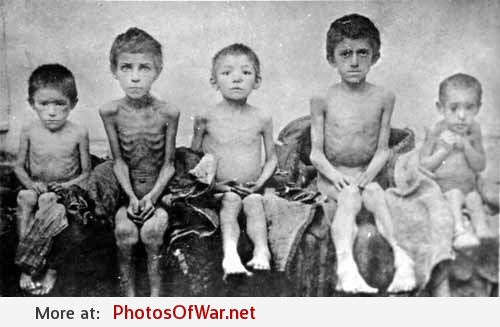 The book goes into dreadful, tragic detail about the mass starvation that resulted from Stalin’s policies — and please understand that starvation was a goal, not a byproduct, of the policies.  When Stalin talked about getting rid of these farmers, he meant it.  With this kind of famine occurring, cannibalism became inevitable.  Thus, Stalin not only stripped these Ukrainians of life, he stripped them of their basic humanity.  Once prosperous, moral, farming communities became feral.  The phrase that stayed with me after reading Bloodlands was (and I’m quoting from memory here) that “an orphan was a child whose parents hadn’t eaten it.”

The ugliest parts of history have a dreadful habit of repeating themselves, and that is the case with North Korea, a state that is the true heir to Stalin and Mao.  Reports are surfacing of a terrible famine in North and South Hwanghae.  The famine originated with a drought, which is terrible enough for people living in a government-run economy that keeps their farming to a medieval, subsistence level. 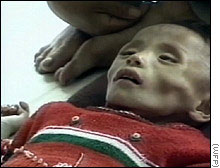 North Korea’s Marxist government, though, dramatically increased the drought’s effects.  Rather than behaving as a civilized capital city governed by Judeo-Christian values, which would have meant sending relief to these suffering people, Pyongyang worsened the famine by confiscating what little food remained in Hwanghae in order to feed the military and government class in Pyongyang itself.

In addition, rather than sending some form of financial relief to the drought-stricken region, Kim Jong Un’s government has been investing its small capital heavily in nuclear tests, presumably to shore up its reputation as a true nation among nations.  The result, of course, is mass starvation and, yes, cannibalism.

At the risk of getting redundant, let me remind everyone that a state unconstrained by religious morality does not love its people.  The people exist to serve the state, and not vice versa.  The Founders, of course, understood that the only healthy relationship between individuals and the state occurs when the state is the servant, not the master:

We hold these truths to be self-evident, that all men are created equal, that they are endowed by their Creator with certain unalienable Rights, that among these are Life, Liberty and the pursuit of Happiness.–That to secure these rights, Governments are instituted among Men, deriving their just powers from the consent of the governed, –That whenever any Form of Government becomes destructive of these ends, it is the Right of the People to alter or to abolish it, and to institute new Government, laying its foundation on such principles and organizing its powers in such form, as to them shall seem most likely to effect their Safety and Happiness.