There’s been a lot of upset in the conservative blogosphere about Obama’s drone strike policy.  The way the administration phrased it, as “legal,” “ethical,” and “wise,” got a lot of hackles up, especially when Michael Isikoff let slip how little oversight there is — including oversight over decisions to kill American citizens. 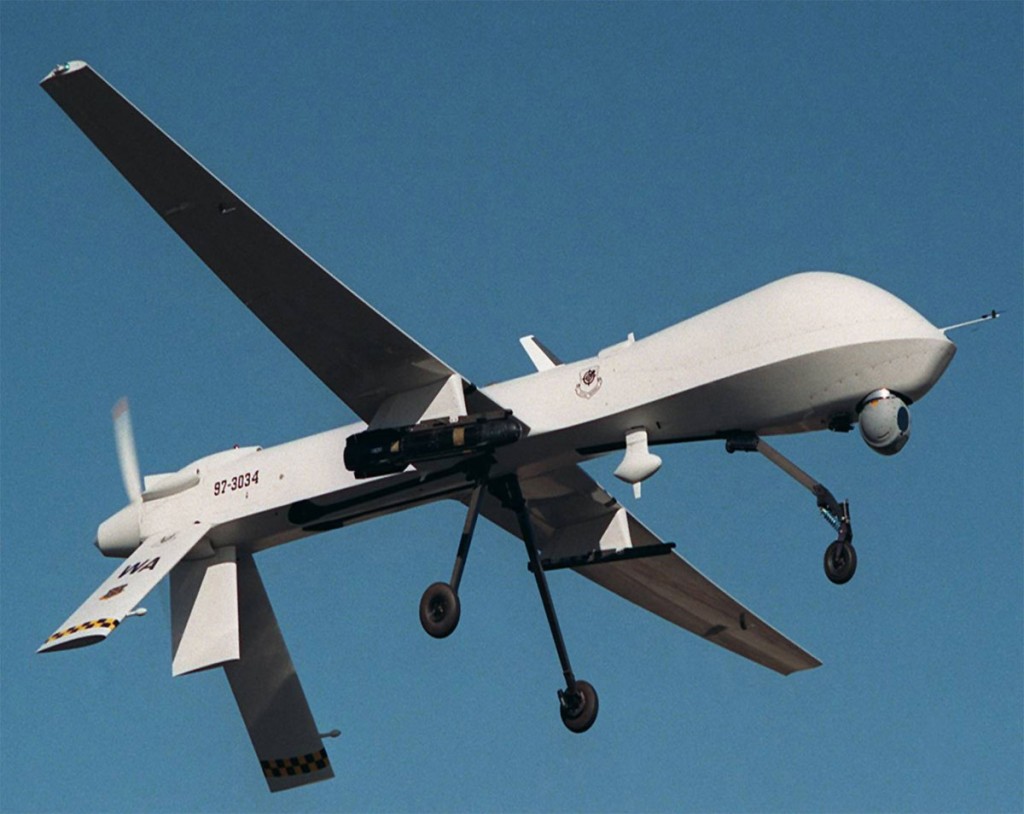 A lot of people are very worried about this, because they see a government that feels unfettered by the protections accorded citizens under the Bill of Rights.  The problem, as conservatives see it, isn’t so much what the administration does, but the attitude it has when it does it.  Thus, the administration manifestly refuses to acknowledge that the rights stated in the Bill of Rights are inherent in all citizens and that the government has the burden of proving good cause to implicate or limit those rights in any way.

Instead, in every instance, the Obama administration takes the position that government has the inherent power to impinge upon and limit citizen’s freedoms, or even take their lives, leaving citizens with the burden of proving that the government has overreached.  To the extent that the attitude inverts both the Declaration of Independence and the Bill of Rights, people who care about those documents and the unalienable rights they establish and protect are going to view anything the administration does with a jaundiced eye.

Rusty Shackleford, however, who knows as much about Al Qaeda and other Islamist extremists as anyone else on this earth, tells conservatives not to get too uptight about those American citizens that the Obama administration targets for drone killing.  These people aren’t just any old Americans.  Instead, they are citizens who have deliberately thrown their lot in with al Qaeda, thereby taking upon themselves enemy status:

If you think it’s unconstitutional or immoral to kill a member of a terrorist organization living abroad then you and I have very different readings of the Constitution and very different sets of moral standards.

Moreover, it’s just basic common sense that in warfare you don’t stop to ask the person you’re about to shoot for a copy of their passport. Who gives a rat’s ass if bin Laden was Saudi or if he was born in Colorado?

Please, go read the report. Nowhere in it is there even a smidgen of a hint that drones could be used against Americans … in America.

The memo in question sets up a three tiered test for when it’s okay to kill an American living — and this is a direct quote from the memo — “in a foreign country“.

1) He must be an immanent threat. By immanent, we don’t mean the threat is immediate. What we mean is that the person is involved in operations that will go forward unless he is killed. In other words, we don’t have to wait for a suicide bomber to get on the airplane before we kill him.

2) Capture is infeasible. This means that a terrorist living in France will be treated differently than a terrorist living in Mali. The major difference being that the French police are perfectly capable (assuming they have the backbone) of arresting a suspected terrorist. In the hinterlands of Mali, not so much.

Please read the rest of Rusty’s post here.  It will assuage some of your worries about the administration’s acts.

Having said all that, I still think Obama is a rotten stinker for what he’s doing.  I’m not saying that it’s bad to kill al Qaeda operatives wherever and whenever we find them in a foreign country, and regardless of whether they are American or non-American.  Rather, my view arises because Obama is a hypocrite who hasn’t had the decency to come before the American people and say that he was wrong to malign George Bush and our troops as rabid killers.

Nick Gillespie, who has the true libertarian’s disdain for these killings (and I don’t necessarily agree with him, but I do admire his consistency), perfectly sums up Obama’s disgusting double standards:

There is a darkly comic aspect to this, I suppose: Here’s a president who once taught classes in constitutional law and swore up and down that America doesn’t torture, that he was against “dumb wars” waged by his predecessors, that he was more transparent than a glass of triple-filtered water, and who won a goddamned Nobel Peace Prize! And he turns out to be not just a little iffy when it comes to being constrained in his willingness to break all sorts of rules but downright godawful.

And his main mouthpiece is a former MSM drone whose babyface is quickly turning into a map of wrinkles brought on by working for an administration which has manifestly failed to live up to even the mediocre standards of the previous occupant of the White House.

Unlike Gillespie, I believe that the Bush people were doing the right thing in their battle against an amorphous enemy that transcends borders and draws fellow travelers from myriad nations.  In that regard, it’s telling that the Bush administration had so many good things going there that Obama, in one of the few wise acts of his presidency, built upon their original programs.

What’s sickening is that Obama has never retracted his attacks against those Americans who spent so much time during the Bush years defending us and, when he does the same thing (only more so), he has his flunkies announce that, because it’s The Won who’s killing and torturing, it’s suddenly legal, ethical, and wise.  Along these lines, don’t forget that Eric Holder spent almost four years wrecking havoc in the lives of CIA agents who used techniques less bad than those Obama now countenances, and only let them off the hook this past August.

Bottom line:  there are few things more loathsome than someone who yells at you and humiliates you for doing something, then does the same thing himself, and, if you call him upon it, says that the mere fact that it is he who’s doing it, not you, makes it all right.