I haven’t yet decided whether I’m unnerved by North Korea’s saber rattling.  We’ve seen this before, starting in the 1990s, when the North Koreans figured out that, if they made the West sufficiently nervous, the West would bring offerings of food and money to the destitute totalitarian prison state, in hopes that feeding the beast would render it docile.  Things seem a little different this time, though, so maybe I’m getting more nervous.

First, North Korea has never been so open in its aggression.  If I remember past situations correctly, the North Koreans shot missiles here and there, made the usual threats against South Korea, and had the propaganda news station heighten the rhetoric a little bit, but that was it.  This time, however, North Korea has made public carefully posed photographs showing Kim Jong-un clustering with his generals as they blot nuclear missile attacks, not just at Seoul, but at specifically named American cities — Washington, D.C., Los Angeles, and Austin, Texas.  Specific threats tend to be more worrisome than generic Communist hate-speech.  (And I don’t mean to imply that the past threats against Seoul were meaningless.  Regardless of meaning, they were also part of North Korean ritual.) 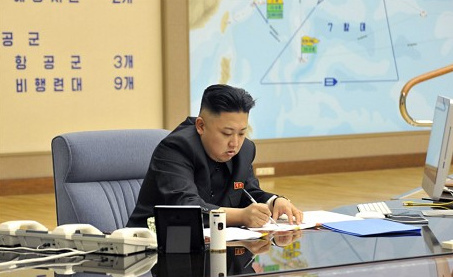 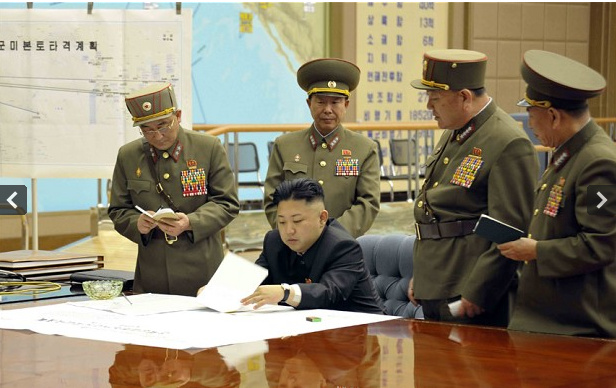 Second, North Korea is under new management.  Kim Jong-un is a totally unknown quantity.  Maybe he’s just using his youthful zeal to bring new optics into the stale ritual blackmail . . . but maybe not.  As ancient Rome showed, the tyrants tend to get crazier as time goes by. (Think:  Caligula.)  Maybe Jong-un, who has never known anything but the insane hot house of North Korean politics, actually thinks attacking South Korea and the United States will work to his country’s benefit.  Megalomania doesn’t breed rational thought.

Third, North Korea has the nuclear weapons this time, and they’ve given every indication that they’re crazy enough to use them.  No mutually assured destruction doctrine will hold them back.

Fourth, it’s peculiar that North Korea hasn’t made any demands yet, despite a month of threats.  And not just threats, but escalating threats.

Fifth — and this is the really scary one — this may all be a red herring as they ship nuclear arms to Iran.  I read today (and for the life of me I can’t remember where) that this may all be a shell game, with Iran keeping our focus on its ability to build nuclear weapons, while North Korea keeps our focus on its ability to use nuclear weapons.  In fact, Iran may not be building, and North Korea may not be using.  Instead, it’s quite possible that North Korea is building the weapons for Iran’s use.  And that’s a very scary thought indeed.

That’s my brain spill about North Korea and its escalating threats.  What do you guys think?