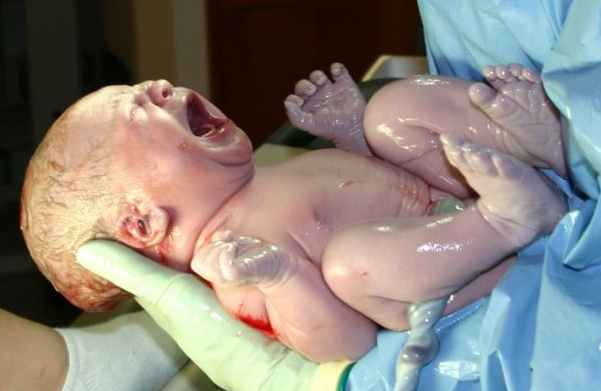 I’m not 100% pro-Life.  It’s hard for me to shake off the vestiges of spending 40 years in a pro-Choice world (the SF Bay Area) — and that’s despite the fact that I know that the pro-Life position is intellectually and morally the better position.  I haven’t yet shaken a visceral feeling that sometimes there ought to be a way out from pregnancy.  I have to say, though, that after writing the Gosnell article, below, for Mr. Conservative, I wasn’t faking my outrage.  It’s quite obvious why the media is hiding this story:  it completely destroys the clinically “clean” pro-Abortion narrative:

Given the national media’s love affair with grotesque murders involving dead children or large numbers of victims, you’d think that a story about the brutal murder of dozens of screaming, writhing children would be the lead story in every American media outlet. You’d think wrong. When the story is about an abortion clinic in a poor, black neighborhood in Philadelphia, where a doctor routinely aborted full-term babies and, when they emerged alive and kicking, cut their necks with scissors, the national media falls silent.

The Leftist American media is invested in a very specific abortion narrative, one that disregards entirely the value of human life. Famed atheist Richard Dawkins neatly summarized the pro-abortion world view when he tweeted that a human fetus is less human than an adult pig. This explains why America’s reporters don’t run screaming from the room when a representative of Planned Parenthood – an organization invited to speak in schools all over the nation — argues with a straight face that it’s a woman’s choice to abort a child that’s already been born alive. Ours is a spectacularly biased media.

An unbiased media, one concerned only with reporting news that sells papers, would have given this mass murder story the highest possible profile, shilling it in every paper and magazine, and rehashing it endlessly on TV. However, as Kirsten Powers reports at USA Today, the American media has completely ignored what may be the most sensational, grotesque, stomach-churning, mass-murder case in American history:

Infant beheadings. Severed baby feet in jars. A child screaming after it was delivered alive during an abortion procedure. Haven’t heard about these sickening accusations?

It’s not your fault. Since the murder trial of Pennsylvania abortion doctor Kermit Gosnell began March 18, there has been precious little coverage of the case that should be on every news show and front page. The revolting revelations of Gosnell’s former staff, who have been testifying to what they witnessed and did during late-term abortions, should shock anyone with a heart.

NBC-10 Philadelphia reported that, Stephen Massof, a former Gosnell worker, “described how he snipped the spinal cords of babies, calling it, ‘literally a beheading. It is separating the brain from the body.” One former worker, Adrienne Moton, testified that Gosnell taught her his “snipping” technique to use on infants born alive.

Massof, who, like other witnesses, has himself pleaded guilty to serious crimes, testified “It would rain fetuses. Fetuses and blood all over the place.” Here is the headline the Associated Press put on a story about his testimony that he saw 100 babies born and then snipped: “Staffer describes chaos at PA abortion clinic.”

A Lexis-Nexis search shows none of the news shows on the three major national television networks has mentioned the Gosnell trial in the last three months. The exception is when Wall Street Journal columnist Peggy Noonan hijacked a segment on Meet the Press meant to foment outrage over an anti-abortion rights law in some backward red state.

The Washington Post has not published original reporting on this during the trial and The New York Times saw fit to run one original story on A-17 on the trial’s first day. They’ve been silent ever since, despite headline-worthy testimony.

We don’t need to ask what was going on at Gosnell’s clinic, because the answerer is obvious. This was Nazi-scale mass murder, done for profit and, quite possibly, for ethnic cleansing. One of the pro-abortion crowd’s most carefully held secrets is that the American abortion industry targets blacks. Planned Parenthood founder was a racist who viewed abortion as a way to destroy the black population. Gosnell’s clinic was in a primarily African-American neighborhood and the women who sought his services were black. (Watch a black Planned Parenthood worker assault a peaceful pro-Life picketer.) Gosnell, a black man who charged poor black and immigrant women up to $1,600 for an abortion, was willing to engage in racial cleansing for profit.

If you look back at Germany in the late 1920s and early 1930s, you see that ordinary Germans (not party members, but the regular guys and gals on the street) thought of themselves as decent people. They just wanted a better world for themselves and their children. The evil began when their Leftist political and media leaders convinced them that the barrier to this better world was “the other” (whether “the other” was a Jew, a Gypsy, a homosexual, or a physically or mentally handicapped person). Having targeted “the other,” these totalitarian thought-leaders were easily able to convince people that “the other” wasn’t just a problem, but was also subhuman and could be exterminated with as much ease and as little compassion as one kills a cockroach. That was the road to Auschwitz.

The unhappy truth is that America’s Leftist politicians and media are methodically training us in the same way. For many women, especially those who are young and careless, or young and poor, babies are expensive, inconvenient, and generally burdensome. Sex is nice for these women — and babies, well, not so much…. If you want these women to vote for you, you promise to give them sex without babies. Fetuses, sadly, don’t vote, and that’s true even though, from the moment of conception, they have all the ingredients necessary for future voters.

To this end — giving women easy sex so as to get their votes — America’s Progressive politicians and media have spent more than 40 years training us to think of the fetus as a parasitical “other.” The next step, as the Nazis knew, is to assure us that exterminating this “other” is as easy and requires as little compassion as killing a cockroach. Kermit Gosnell upset this sterile, woman-friendly narrative. The testimony in his case reveals that these “others” — these “cockroaches” — looked like babies, they cried like babies and, like any babies slaughtered by a mass murderer, they screamed in pain and rained down fully human blood and tissue down on those who killed them.

Most Americans agree that there are certain limited circumstances in which abortion can be justified. What the media hides from them — and this is the reason that the media has blacked-out the Gosnell trial — is that the American abortion industry kills babies (especially minority babies) with the same grim efficiency and absence of emotion seen in Nazis, Soviets, North Koreans, or any other totalitarian regime. Kermit Gosnell’s slaughterhouse house ripped aside the gauzy “a woman’s right to choose” narrative and showed us the inside of the gas chamber.

(Go here to learn more facts about abortion in America.)