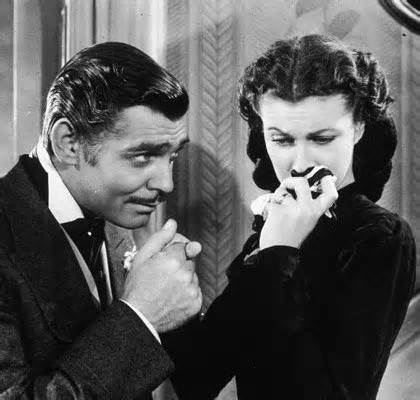 One of the best lines in Gone With The Wind isn’t “I’ll think about it tomorrow” or “Frankly, my dear. I don’t give a damn.” Instead, it’s “You’re like the thief who isn’t the least bit sorry he stole but is terribly, terribly sorry he’s going to jail.”  Rhett offers the immortal gem to Scarlett when she’s weeping over the fact that her un-womanly role running her second husband’s business led to her husband’s getting killed when he took part in a KKK raid against some men who tried to assault her.

I love Rhett’s line because it goes to the heart of true remorse and repentance.  If your only concern is that you got caught, you don’t care about the crime, you worry only about your punishment.

What brought that classic line into my head is a line that appears in a Daily Beast article about the beleaguered Holder, whose finger has been caught in way too many cookie jars and, if you’ll excuse a flying leap into another metaphor, whose chickens are now coming home to roost:

But for Attorney General Eric Holder, the gravity of the situation didn’t fully sink in until Monday morning when he read the Post’s front-page story, sitting at his kitchen table. Quoting from the affidavit, the story detailed how agents had tracked Rosen’s movements in and out of the State Department, perused his private emails, and traced the timing of his calls to the State Department security adviser suspected of leaking to him. Then the story, quoting the stark, clinical language of the affidavit, described Rosen as “at the very least … an aider, abettor and/or co-conspirator” in the crime. Holder knew that Justice would be besieged by the twin leak probes; but, according to aides, he was also beginning to feel a creeping sense of personal remorse.  (Emphasis mine.)

Yup, a “creeping sense of personal remorse.”  Remorse that he committed so many acts of wrong doing?  I doubt it.  I think Holder’s just “terribly, terribly sorry” that his sins have finally caught up with him.