Democrat spinmeister Lanny Davis appeared yesterday on Fox & Friends to be telling Obama to ‘fess up about his early statements regarding Obamacare, and Obama seems to have tried to do so.  At least, that’s the spin.  But let’s see what really happened.

First, a little history.  Between 2009 and the summer of 2013, Obama said a bazillion times some variation of “If you like your plan/doctor/hospital, you can keep your plan/doctor/hospital.”  He said this knowing that it was not economically possible for this to be true, and he continued to say it after 2010 even though he knew that his own people were drafting regulations written so that insurance companies issuing both individual and employer group plans would be forced to cancel those plans.  In other words, Obama repeatedly said “X” to the American people to keep them in line when all along he knew that the truth was “not X.”

With that in mind, listen to the way in which Lanny Davis tells Obama to “come clean” with the American people:

President Barack Obama needs to heed “crisis management rule 101” and acknowledge that he “messed up” in saying people could keep private health insurance they like under Obamacare, Lanny Davis, who served as special counsel to former President Bill Clinton, said Thursday.

“President Obama, and all Democrats, should say, ‘We support this act . . . We messed up in explaining it,”

“It wasn’t explained well. Now, we just have to acknowledge that — which is crisis management rule 101 — and fix it,” he added.

Let me explain what it means to mess up by not explaining well.  We’ll use the “Orange Crush Interchange” which is ranked as the most complicated interchange in the world, for our example. 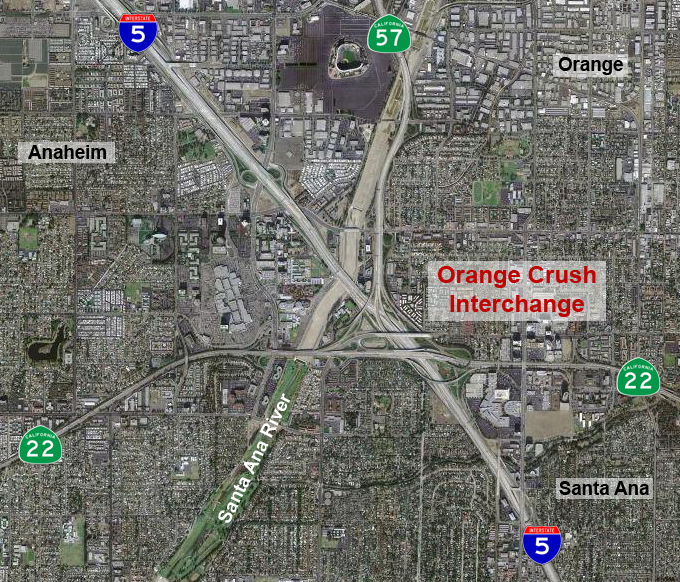 Let’s imagine that I have a friend who’s heading southeast on I-5, and I’m trying to get them to my house in Orange.  If I “mess up” by not “explaining well,” I might say to my friend, “When you get near the Santa Ana River, make a left turn.”  That’s a gross oversimplification that doesn’t explain things well, but I’m still kind of describing what goes on.

But if I say to my friend.  “Oh, it’s an easy northbound trip through green pastures on a quiet two lane road,” that’s an out-and-out lie, because it doesn’t simplify the reality, it denies it.

Obama didn’t mess up, or fail to explain well.  He committed an act of fraud against the American people in order to sell them a bill of goods.

As for Obama’s apology, let me say a word about apologies.  I know someone who has never once, in all the time I’ve known him, issued a real apology.  Instead, if one stands in front of him and demands that he apologize for something truly egregious that he did, for which he was solely responsible, and which really harmed someone, his apology will invariably be something along these lines:  “I’m sorry you’re upset.”  The notion of accepting responsibility and expressing remorse is utterly alien to him.  He couldn’t even read the words of a TelePrompter.  They’d choke him first.

And now for Obama’s “apology”:

CHUCK TODD: Thanks to you. I’ll start with health care. It’s probably the most quoted thing or requoted thing you have said in your presidency, “If you like your health care plan, you can keep it.” You said it a lot during the run up. At this point, though, it’s obviously something– a promise that has not been able to be kept. Just today, the Denver Post — 250,000 people in Colorado are seeing health insurance policies cancelled. Some of those people liked those policies. And they can’t keep them. What happened?

PRESIDENT OBAMA: Well– first of all, I meant what I said. And we worked hard to try to make sure that we implemented it properly. But obviously, we didn’t do enough– a good enough job– and I regret that. We’re talking about 5% of the population– who are in what’s called the individual market. They’re out there buying health insurance on their own.

A lot of these plans are subpar plans. And we put in a clause in the law that said if you had one of those plans, even if it was subpar– when the law was passed, you could keep it. But there’s enough churn in the market that folks since then have bought subpar plans. And now that may be all they can afford. So even though it only affects a small amount of the population, you know, it means a lot to them, obviously, when they get– this letter cancelled.

Is there a word of responsibility, remorse, or repentance in there?  No!

First, Obama doubles down on his lie.  “I meant what I said.”  And then Obama basically says “I’m sorry you’re upset, but the fact is that you’re upset because you’re too stupid to realize that my lie was for your own good.  The real problem from my point of view is the “small amount” of people (currently 15 million Americans, and heading up to 92 million Americans) who had policies that I determined just weren’t good enough even for morons and these same morons are now foolish enough to demand that I apologize.”

Still, in Obama’s defense, the information about his lies, about his pattern of lying, about his fraud, about his economic ignorance, about his narcissist arrogance — all of it was out there for the American people in 2007, 2008, 2009, 2010, 2011, and 2012.  And they still voted for him.  They get the government they deserve, and we, like Roland at Roncesvalles, get the glory of having been killed trying to fight a valiant rearguard action — with the only problem being the fact that there’s no one left to finish the battle on our behalf.

P.S.  Ace also looks at Obama’s non-apology and, as always, it’s better than anything I can write.