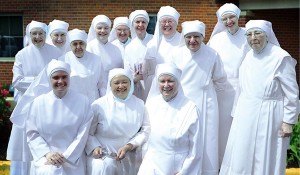 A caller to the Rush Limbaugh show today asked Rush how to get the media to change its tune. Rush’s response was that this will never happen. The media is an arm of the Democrat Party and that’s the end of it. Conservatives have to make their case outside of the media, he said. It can be done too, Rush added, pointing to Scott Walker’s success in fighting back an attempted recall and in beginning to make changes to Wisconsin’s hard Left culture.

What Rush left unspoken, since his show ended there, are the practical steps that ordinary people can take to expose other people (Leftists and non-political types alike) to facts and ideas that the media refuses to cover or contemplate. I happen to believe that Social Media is a wonderful way, both to learn what ordinary Progressives think (it’s seldom pretty) and to introduce new ideas to people whose world is contained within the four corners of the MSM.

I had a most illuminating Facebook conversation with a Progressive just today regarding the Obama administration’s full throttle effort to force the Little Sisters of the Poor – a Catholic charity staffed by nuns – to fund abortions.

On Facebook, since I’m fully aware of my liberal friends’ biases, I’m always careful to cite to sources that they belief are reliably leftist. After all, events sometimes force even the Washington Post or the New York Times to be honest about the facts.

This time, I linked to the USA Today editorial stating that the Obama administration has gone too far by attacking the nuns. I figured that, even though USA Today lacks the status of the New York Times (New York Times readers think that they’re the most intelligent and informed news consumers in America), it still has liberal street creds.

Oy, was I wrong! A Facebook friend who used to be a real friend decades ago when we were both non-political, went completely ballistic. He first offered a nasty opinion about the Church. When I politely asked him to back up his views with data, he doubled down on his attacks against the Church and stated explicitly destroying religious people’s political reach has to trump the Bill of Rights.

You’ll notice as you read our Facebook conversation that I was relentlessly pleasant, and that was true despite his frequently offensive statements. I also left on the table several issues that he raised as part of his attack on the church and the constitution. That was deliberate.

It quickly became clear to me that nothing I could say would change his mind. (And it will become clear to you too as you read on.) However, I was mindful of the fact that about 150 other people, almost all Progressives (because of the liberal enclaves in which I’ve always lived) would also be reading this back and forth.

Given the invisible audience I could reasonably assume I had, given that many people have told me that they sign on to Facebook solely to read what I post, I stuck to a very narrowly focused goal. I wanted to provide a reasonable intellectual foundation supporting the nuns’ position. I live in hope that Democrats who are beginning to feel uncomfortable about the administration’s decision to bully nuns will think about what I said. I was therefore worried that if I got too confrontational or started following red herrings with a die-hard ideologue, I’d lose my more important, albeit invisible and silent, audience.

The following is a non-verbatim rendering of my Facebook conversation. I’ve carefully retained the gist of what he and I said, but have changed the words to protect his privacy. He was a jerk, but even jerks deserve privacy. He wrote on my Facebook wall assuming that his identity wouldn’t be broadcast far and wide, and I have to honor that.

So, to set the stage, I linked, without comment, to USA Today’s editorial about the Obama regime’s overreach in its demand that nuns fund abortions and birth control. The following written dialogue ensued.

Him: They shouldn’t get any special treatment just because of their beliefs. None of the rest of us do.

Me: I’m not clear what you mean about “special treatment.” This is the first law ever that’s forced religious organizations and people to fund something that’s doctrinally prohibited.

Him: I don’t get why, just because they’re religious Christians attacking birth control, their beliefs trump other strongly held religious beliefs.

Me: I’m still confused. What are some examples of the government forcing people to act in opposition to strongly held religious beliefs or to fund others to commit those same types of acts?

Him: Okay. It’s not fair that religious organizations are tax exempt, which means I have to pay more taxes, essentially funding them. Lots of states won’t allow gay marriage because these tax-exempt churches have campaigned against it. Also, just because the Hobby Lobby owners don’t like birth control, they refuse to provide it to their employees.

Me: Given how political churches have gotten, you’re right about doing away with those tax breaks. [When I wrote those words, I was actually thinking about how political Leftist churches have gotten, but the point is the same.] Still, your other examples seem to me to miss the point. The editorial is talking about the fact that the government is using its taxing authority to force religious groups or individuals (or business owners) to engage in or fund activities that are antithetical to core belief systems. As far as I can tell, that runs directly counter to the 1st Amendment’s promise that the government cannot interfere with Americans’ freedom of worship.

Him: You’re trying to pick and choose your arguments. Religious people aren’t trying to defund that military. After all, don’t a lot of religions prohibit killing?

Me: [I made the decision here to ignore the red herring about religions and killing.] Your argument ignores the Constitution, which expressly contemplates a military as a core government function. There is a way to change that so as to allow conscientious objectors to refuse to pay taxes designated for the military, but you’d need a constitutional amendment. Unlike funding a standing army as part of the government, though, there’s nothing in the Constitution that mandates that private citizens are entitled to contraception and the morning-after pill, or that other citizens must pay for those services. That means the people and groups opposed to the ACA mandate have the stronger constitutional argument.

Him: The Constitution is irrelevant to this. What enrages me is that powerful people use religion to manipulate and control other people.

Me: I’m confused again. The nuns aren’t manipulating or controlling anyone. They’re asking that the government refrain from manipulating and controlling them by forcing them to pay for something that their religion prohibits. The Church has been opposing abortion and birth control for thousands of years, while the ACA’s demand that all Americans pay for all other Americans’ birth control and morning after pills is just four years old. Isn’t it unreasonable to ask the Catholic church to give up two thousand years of faith just because of the ACA, especially when the church as the 1st Amendment on its side?

Him: It’s obvious that the church never cares about death and suffering until it suits them. At that point, nothing stops the church.

Me: You’re entitled to your opinions about the Church, but it seems to me that, no matter how you look at it, the constitutional edge on this question lies with the Little Sisters and with Hobby Lobby.

At which point he gave up.

My point isn’t that I made the best arguments in the world. I know I didn’t. I also know, as I stated before, that I let a lot of his mean-spirited or uninformed statements go by without comment. Looking at what I said, though, I feel that I succeeded in my initial goal, which was to appear reasonable and to present to passive onlookers solid arguments that might give them food for thought if they dislike seeing the President beat up nuns.